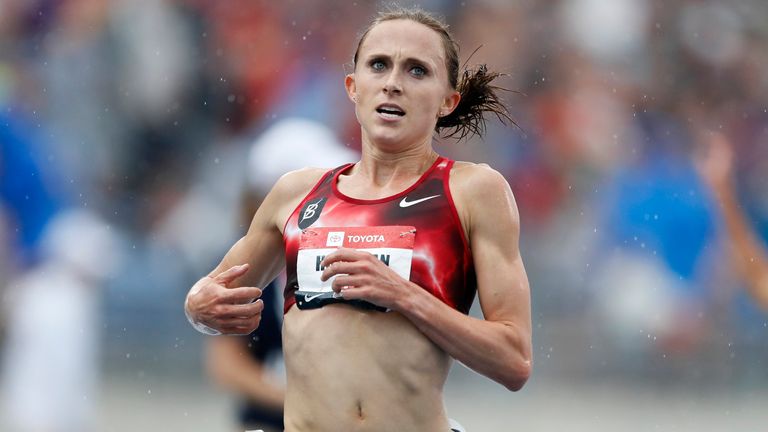 Banned American 1,500m and 5,000m record-holder Shelby Houlihan appears unlikely to be allowed to compete in this year’s Olympic trials after a dispute over her eligibility.

Houlihan was included in the starting line-up for two qualifying events for the US track and field team in Eugene, Oregon on Friday, despite receiving a four-year ban for testing positive for an anabolic steroid.

Without addressing Houlihan directly, USA Track & Field (USATF) said that any athlete facing an active appeal process would be allowed to compete at the trials.

The Athletics Integrity Unit (AIU) responded, saying on Thursday it has written to USATF to stress that middle distance runner Houlihan was prohibited from competing in this month’s Olympic trials.

The AIU said it had written to the USATF and that the 28-year-old’s participation was “strictly prohibited.”

USOPC CEO Sarah Hirshland appeared to close the chapter on the matter in a statement issued on Thursday which read: “The US Olympic & Paralympic Committee, together with USATF, can confirm that we will adhere to the WADA Code and any CAS decisions that govern athlete participation in sanctioned events.”

Neither Houlihan nor her lawyer were available for comment when contacted by Reuters.

Houlihan said this week the AIU informed her in January that a test showed she had returned an “adverse analytical finding” for nandrolone. She denied knowingly ingesting the substance and said she was innocent of any wrongdoing, saying in an announcement posted on social media that a pork burrito she ate the night prior to the test was likely to blame.

“It creates an opportunity for athletes convicted of doping to compete in the future, which is not a standard that’s ever been applied in the past,” the athletes said in a letter issued via the Clean Sport Collective.