SLAVEN BILIC’S is fuming with West Brom chiefs after Ahmed Hegazi was sold behind his back.

The key centre-back was flogged by bungling Baggies chiefs just 24 hours before their must-win game against Brighton. 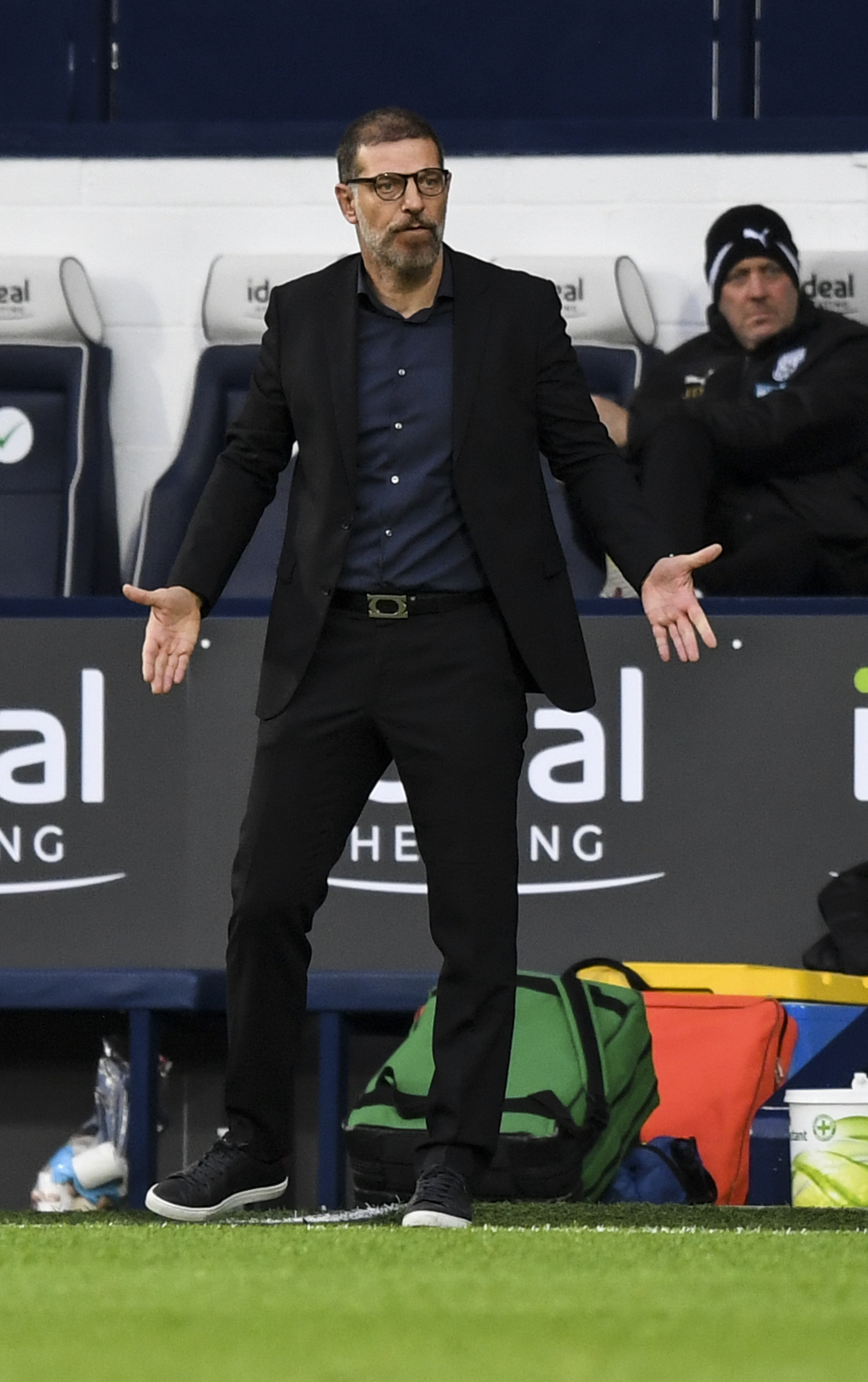 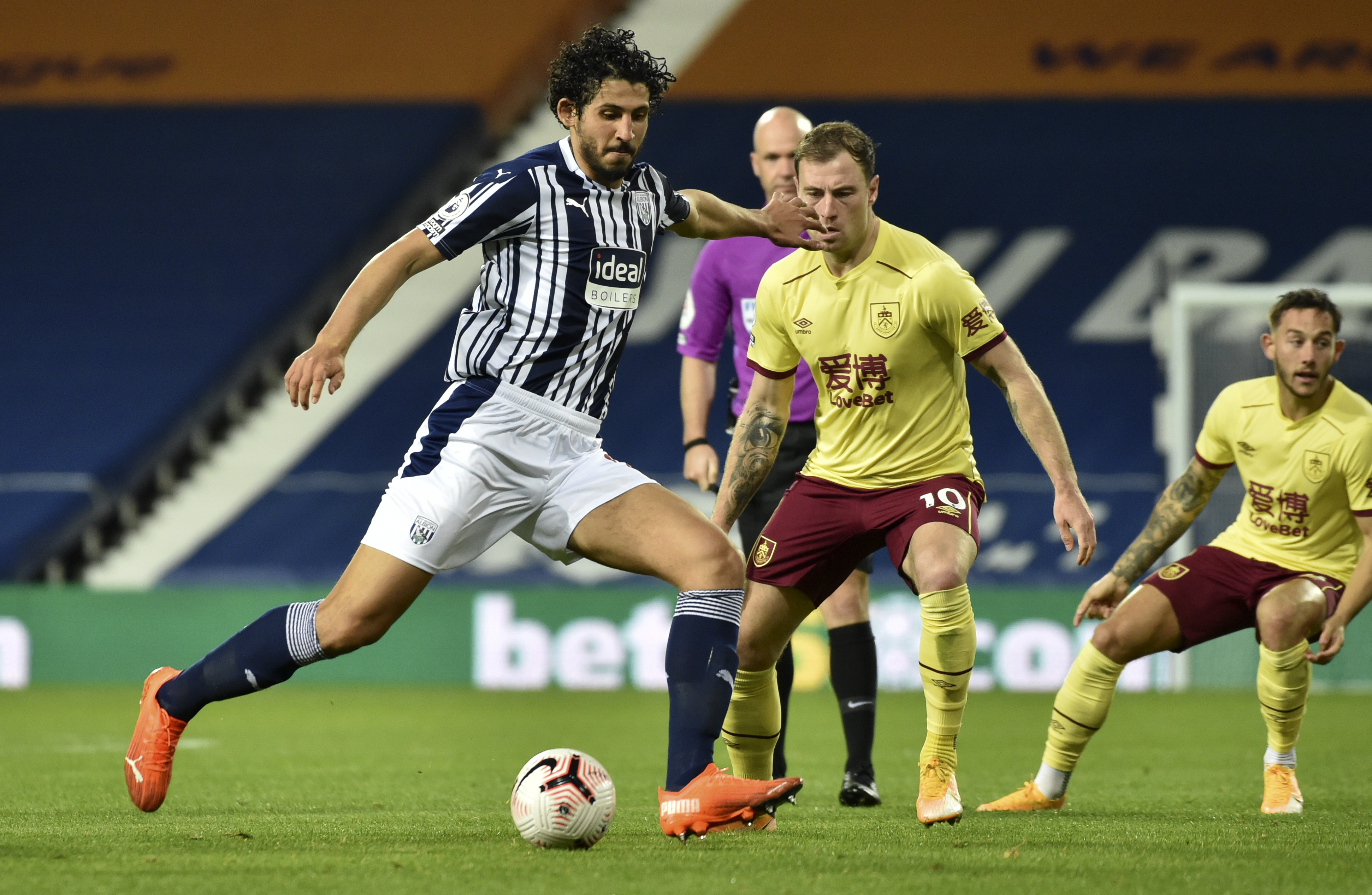 Struggling Albion travel to the AMEX Stadium tonight looking to pick up their first win of the season.

But Bilic’s task was made all the more difficult when he learned that Hegazi was departing for Saudi Arabian side Al-Ittihad.

Ironically, it is the Croatian’s former club who he left before moving tothe Hawthorns almost 18 months ago.

The situation has left Bilic far from happy. Undermined by Hegazi’s exit, the defender’s departure underlined the near impossible task that he faces to keep West Brom in the Premier League – and transfer turmoil behind the scenes is to blame.

After masterminding Albion's return to the top-flight at the first time of asking, the popular Croatian was determined to bring in quality players to boost their survival chances.

But he was effectively left with near-on the same squad, despite constant pleas for proper investment and identifying players who could deliver his ambitious aims.

For starters, Bilic wanted to sign £12million new boy Karlan Grant last January but was left to wait an agonising 24 hours before the transfer window shut before he could eventually bring the striker in.

The delayed deal – spread out over six years of £2m payments – compounded what has been a frustrating period behind the scenes at The Hawthorns.

Even the club's supporters have sounded alarmed on social media at how badly the board has conducted their activity.

In contrast, fellow new boys Leeds and Fulham have splashed some serious cash.

West Brom were frugal in comparison and their haul of just two points from a possible 15 this term reflects that.

The Baggies declared that striker Grant was their ‘ninth’ capture as they concluded their business for 2020.

A number of fed-up fans have voiced their disappointment on social media platforms, questioning why the club dragged their feet in what should have been an easier market to navigate.

It is understood Bilic made daily requests to improve his team.

It is believed that he had to fight internally to force through the return of Krovinovic in a season-long loan deal from Benfica.

As such the delay meant that the important playmaker missed the first three games of the season.

Equally, Bilic was left sweating over whether he would ever sign Grant.

When the move initially went cold, the manager's repeated requests to push through a meeting with the club’s Chinese owners were dismissed outright.

Ultimately his nagging persistence to capture his No1 target paid off.

But Grant’s arrival merely papers over the cracks of what is left of Bilic’s attacking options – highlighted in the league’s first goalless draw of the season against Burnley a week ago.

The former West Ham manager’s arrival in the Midlands almost 18 months ago coincided with the departures of three key forwards.

West Brom cashed in on , while the exits of Dwight Gayle and Jay Rodriguez – who had contributed a combined 46 league goals between them in 2018/19 – severely diluted Bilic’s options.

That has subsequently raised questions over the recruitment policy handled by the club’s technical and sporting director Luke Dowling.

Dowling presided over the combined £15m outlay on Kenneth Zohore and Charlie Austin.

After managing 13 league goals between them since joining, Zahore has moved on while Austin appears destined to leave in January after failing to secure a Deadline Day departure.

Dowling’s dealings have provided Bilic with a similar team to the one that only just scraped automatic promotion – an achievement largely thanks to Brentford’s end-of-season breakdown.

With the window now closed until the New Year, coupled with Hal Robson-Kanu facing a period on the sidelines due to a broken arm, Bilic has been left with little time to get new boy Grant up to scratch.

He managed just 60 minutes before he was withdrawn last Monday against Burnley – but it was no wonder, given that he has spent the best part of the past two months training with Huddersfield’s reserves.

Now, in his latest act of business, Dowling oversaw the deal to send Hegazi on loan to the Middle East in a deal that will net West Brom just £2m – but without any sign of reinvesting in the reinforcements they truly need.

Bilic and his team already face a battle to put points on the board and this would have left a sour taste for Albion’s ambitious boss.

The Croatian has proved his class at Premier League level before with West Ham – and he was within a controversial goal from beating Chelsea only weeks ago.

If they fail to beat Brighton tonight, it will highlight the urgent need for sufficient backing in order to keep 17th-placed Albion afloat.

If not, the Baggies could be in serious danger of sleepwalking straight back to the Championship. And it won’t be Bilic’s fault.