SPAIN boss Luis Enrique did the Shake n Vak to bring the freshness back.

The under-fire gaffer was carpeted by fans and pundits after they drew both of their opening matches. 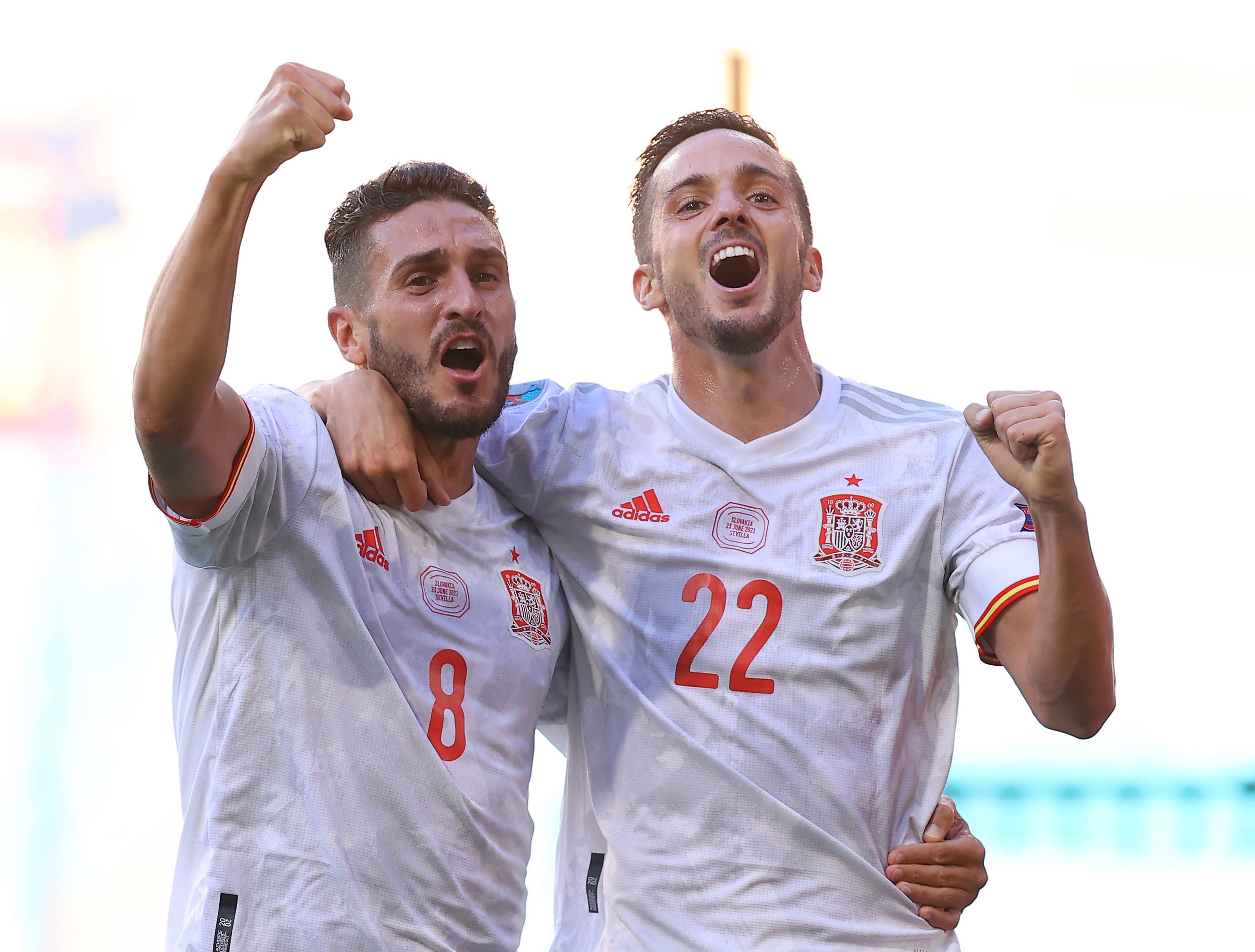 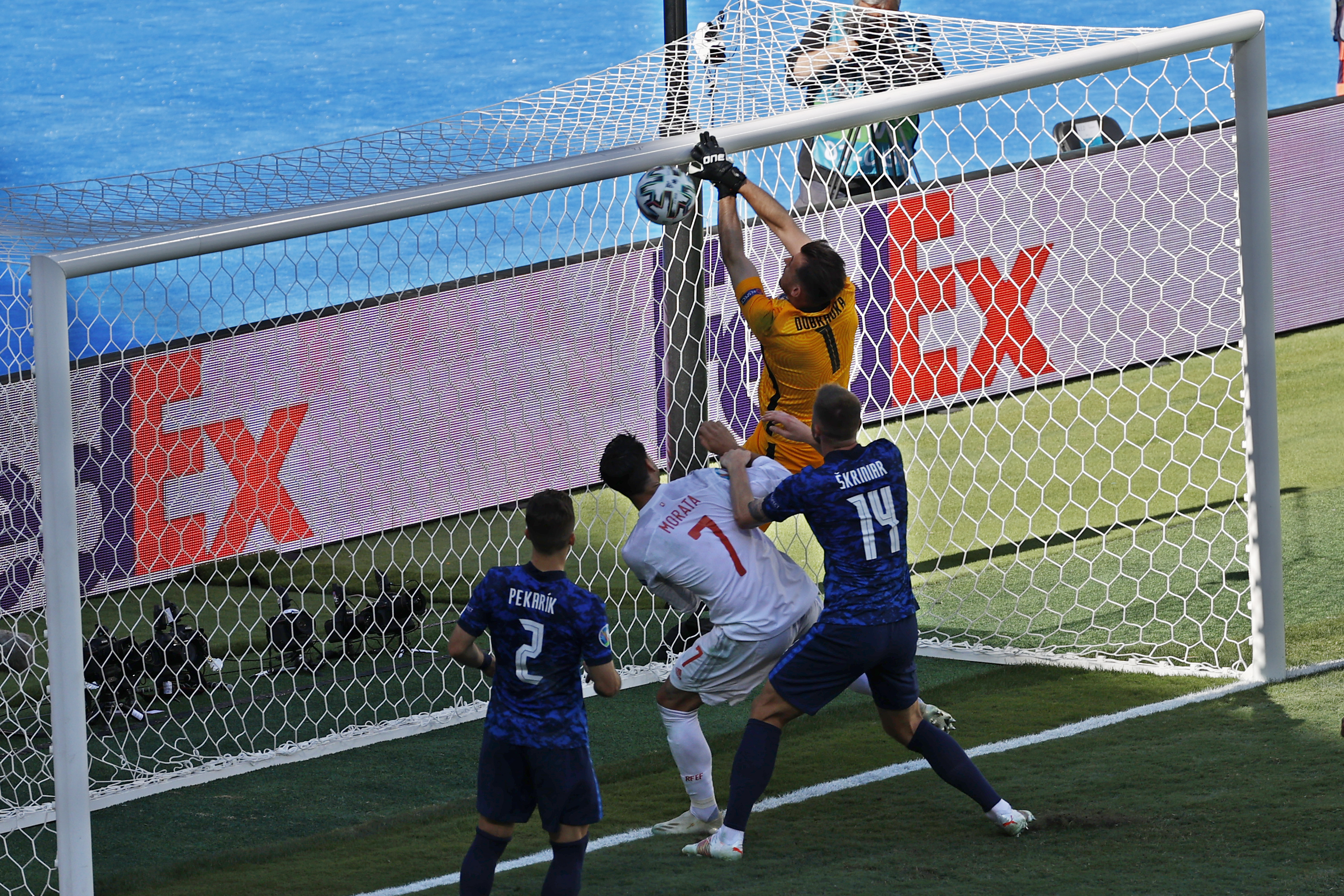 So he decided to shake up his selection by making FOUR changes against Slovakia.

And it worked a treat as La Roja swept away their opponents to finish second in Group E and book their place in the last 16.

That is something even many Spaniards did not think would happen after they had made their worst start to a Euros since 1996.

But while it was a triumphant night for Enrique and his hombres, it turned into a disaster for Slovakian keeper Martin Dubravka.

The Newcastle star went from hero – by saving Alvaro Morata’s 12th minute penalty – to zero when he palmed the ball into his own net for Spain’s opener.

Dubravka did not fare much better as Manchester City’s Aymeric Laporte doubled the host country’s lead with a header on the stroke of half time.

Spain scored again after the break through Pablo Sarabia, another City star in Ferran Torres and another own goal from Juraj Kucka to send Slovakia crashing out as the third-placed team in Group E. 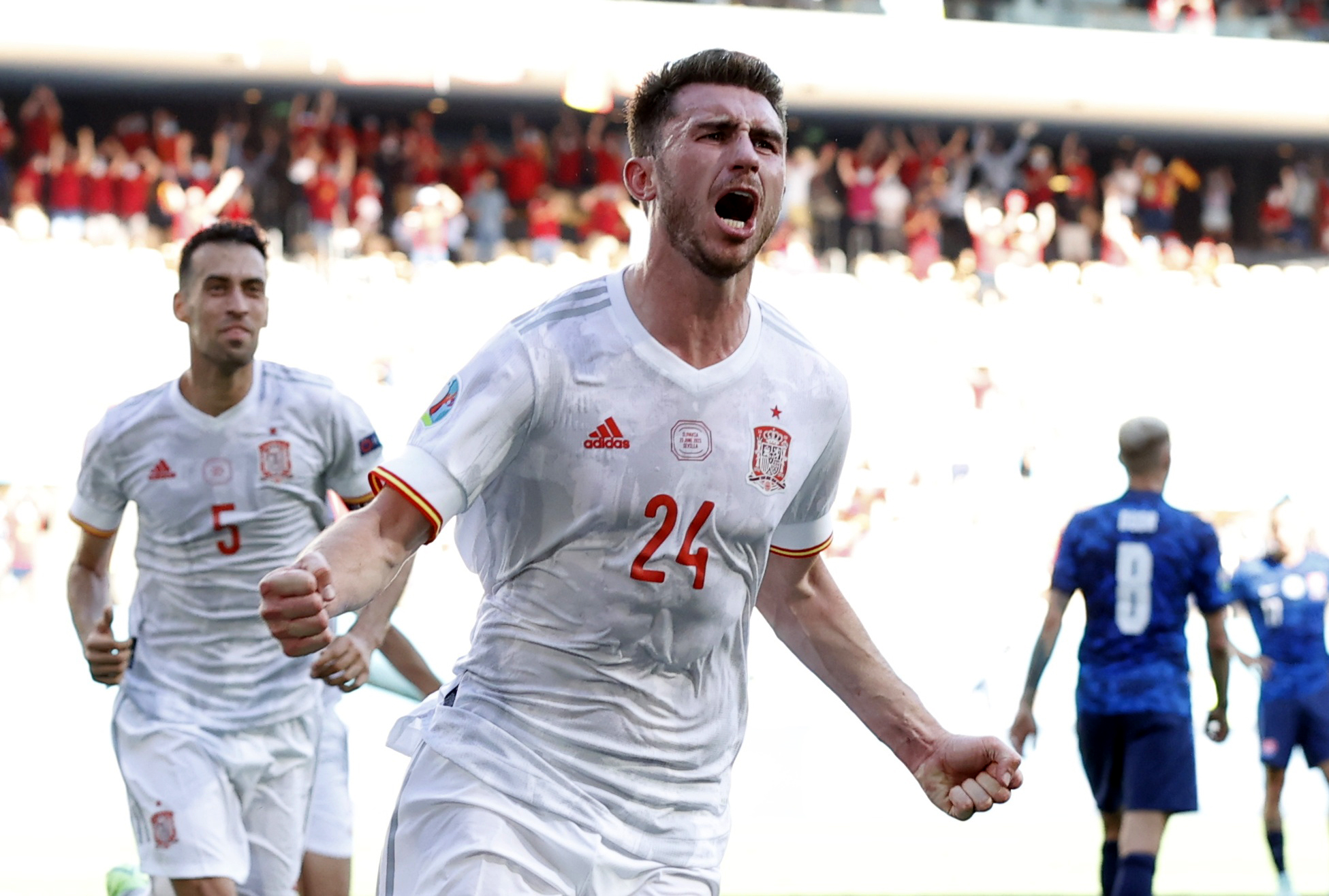 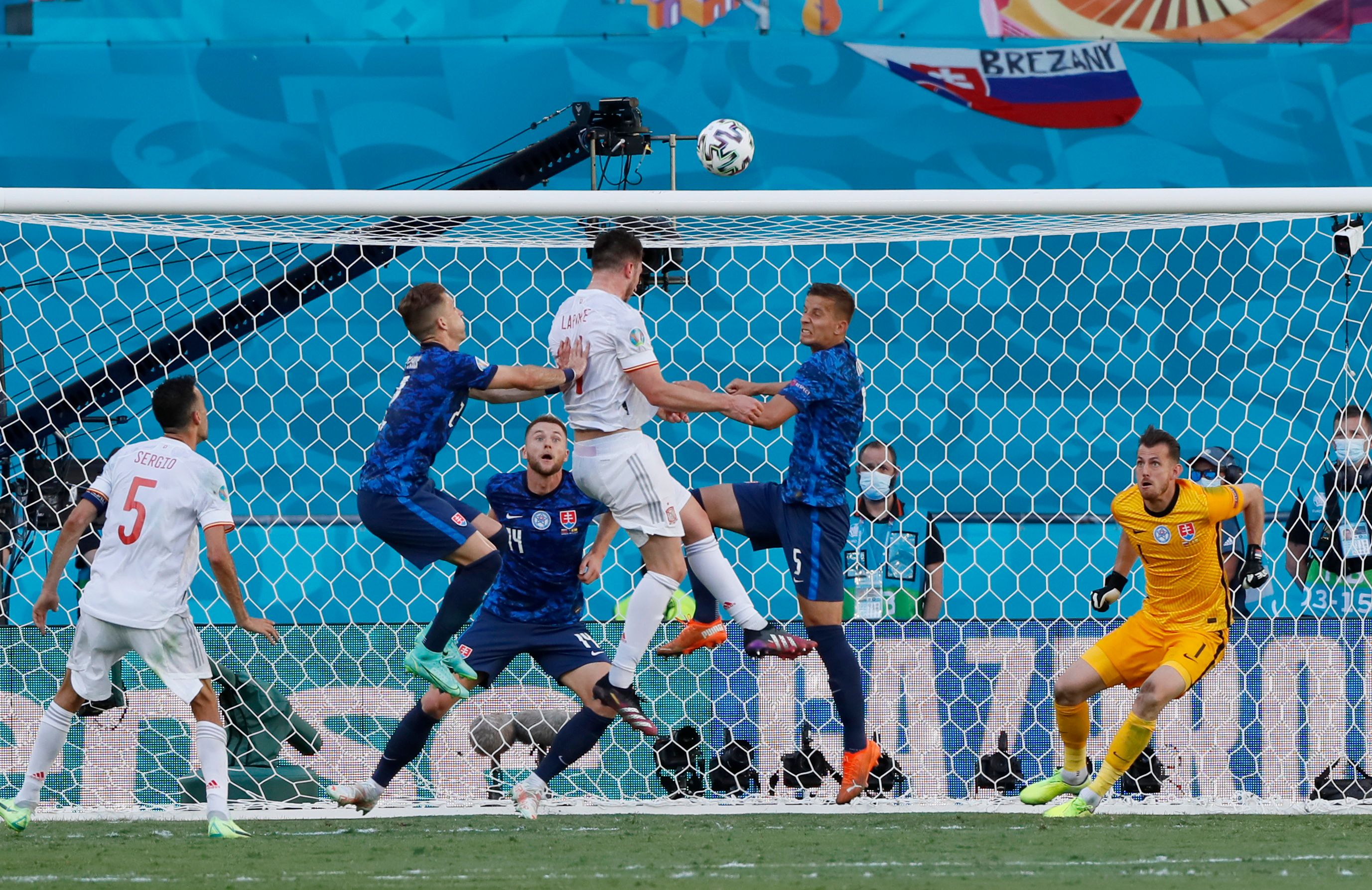 It was a bitterly disappointing end to these Finals for Dubravka.

On the plus side, though, he will never have to pay for a pint on the Costas again.

As for Spain, they now face Croatia in Copenhagen on Monday – meaning at least they do not have to play here again.

Seldom has a national team and their supporters despised their own stadium as much as Spain do.

They are the West Ham of international football and La Cartunja is the equivalent of the London Stadium.

The temperature gauge touched 32c as this clash kicked off at 6pm local time. 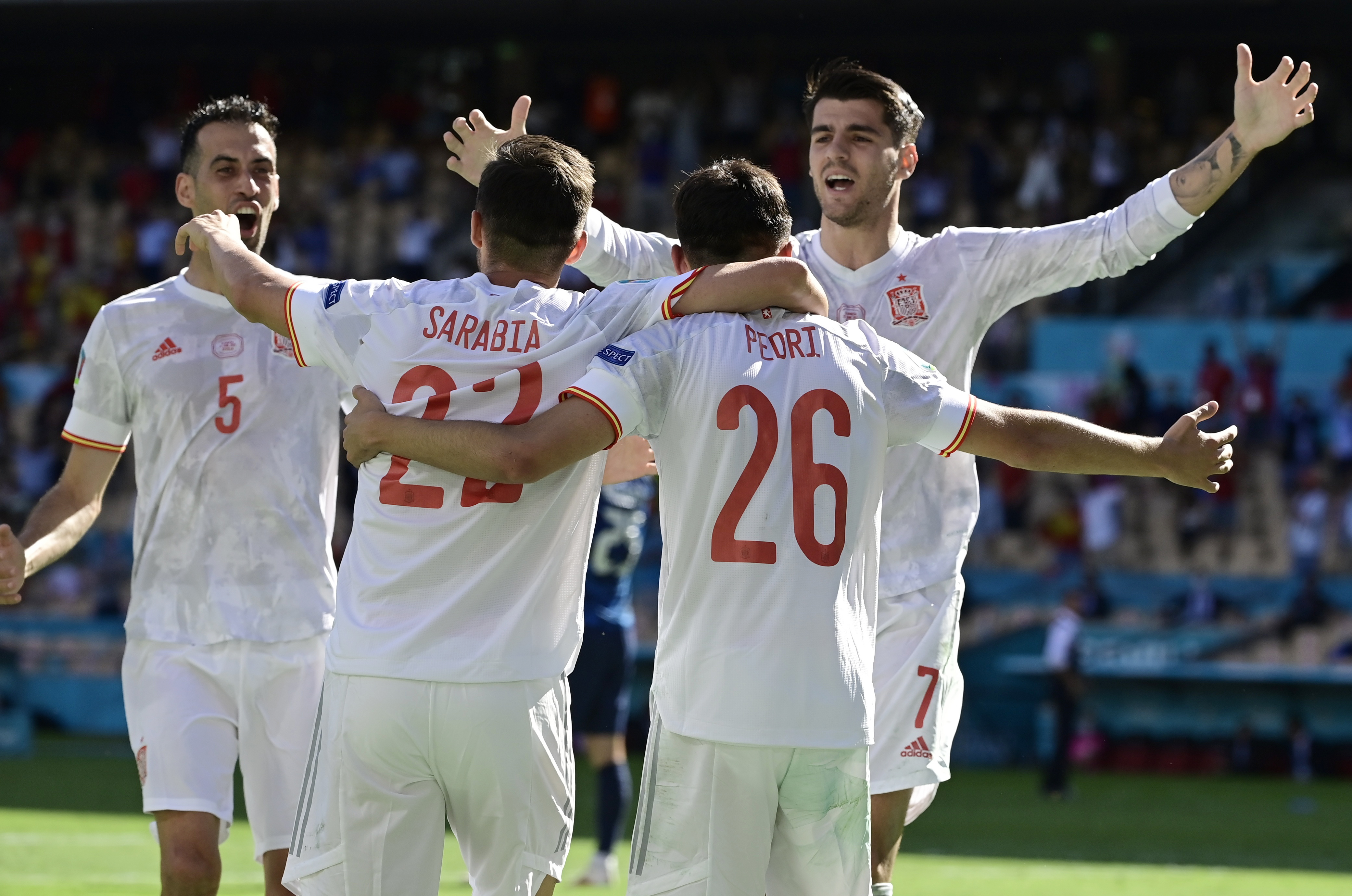 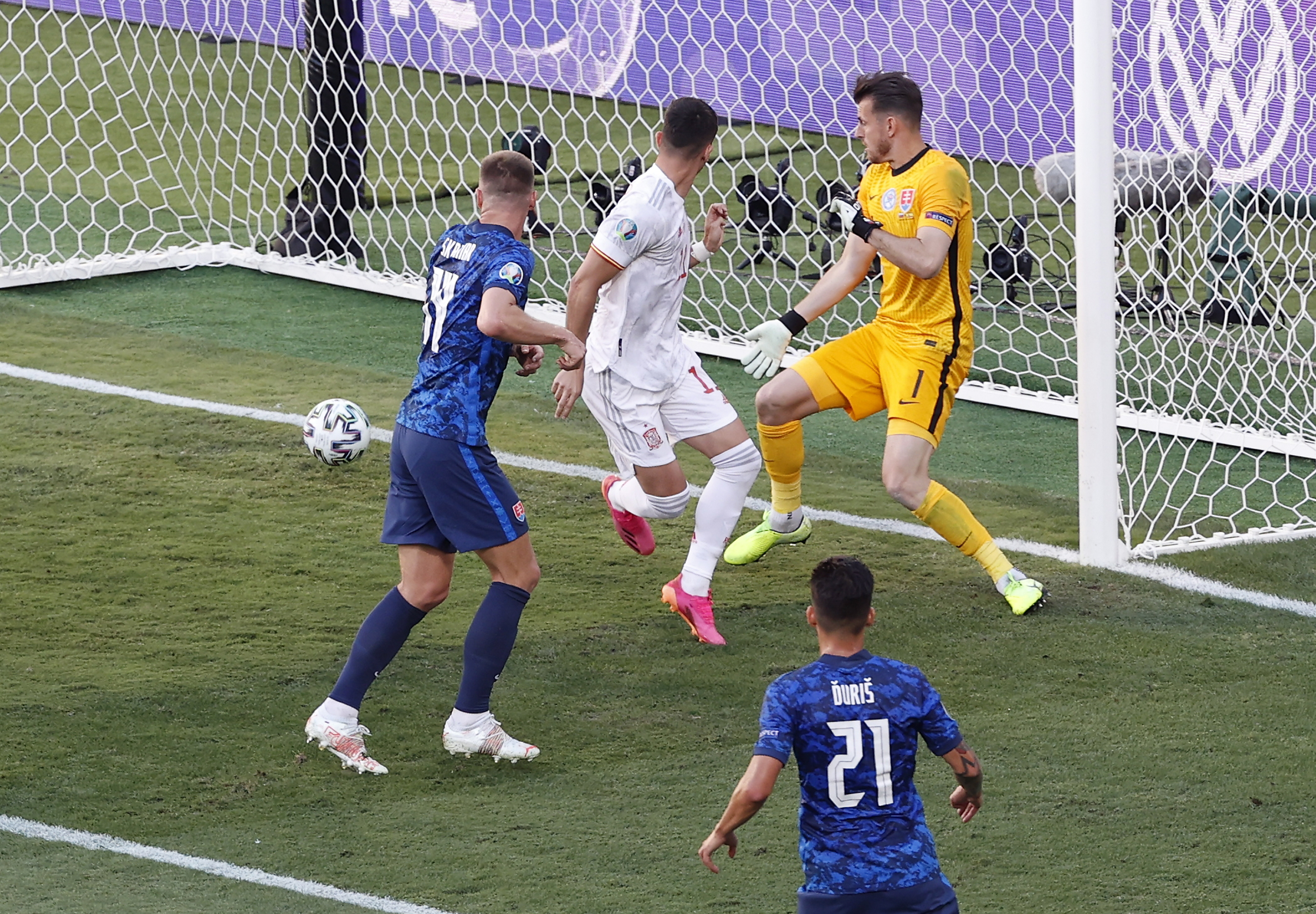 Spain players warmed up for just 14 minutes in the searing heat – while their opponents went through their paces for twice longer.

That might explain La Roja’s positive start which was rewarded with a penalty after Dutch ref Bjorn Kuipers was urged by his VAR compatriot Pol Van Boekel to go to the pitchside monitor to review Jakub Hromada’s clumsy hack at Koke.

Having smashed a pen against the post in Saturday’s 1-1 draw with Poland, Gerard Moreno left the responsibility to his strike partner Alvaro Morata.

But the result was no different as the former Chelsea man’s spot kick was saved by Dubravka in between the Slovakian sticks.

It was Spain’s fifth consecutive penalty miss and you began to wonder if it was going to be one of those nights as Sarabia and Pedri both failed to convert from close range. 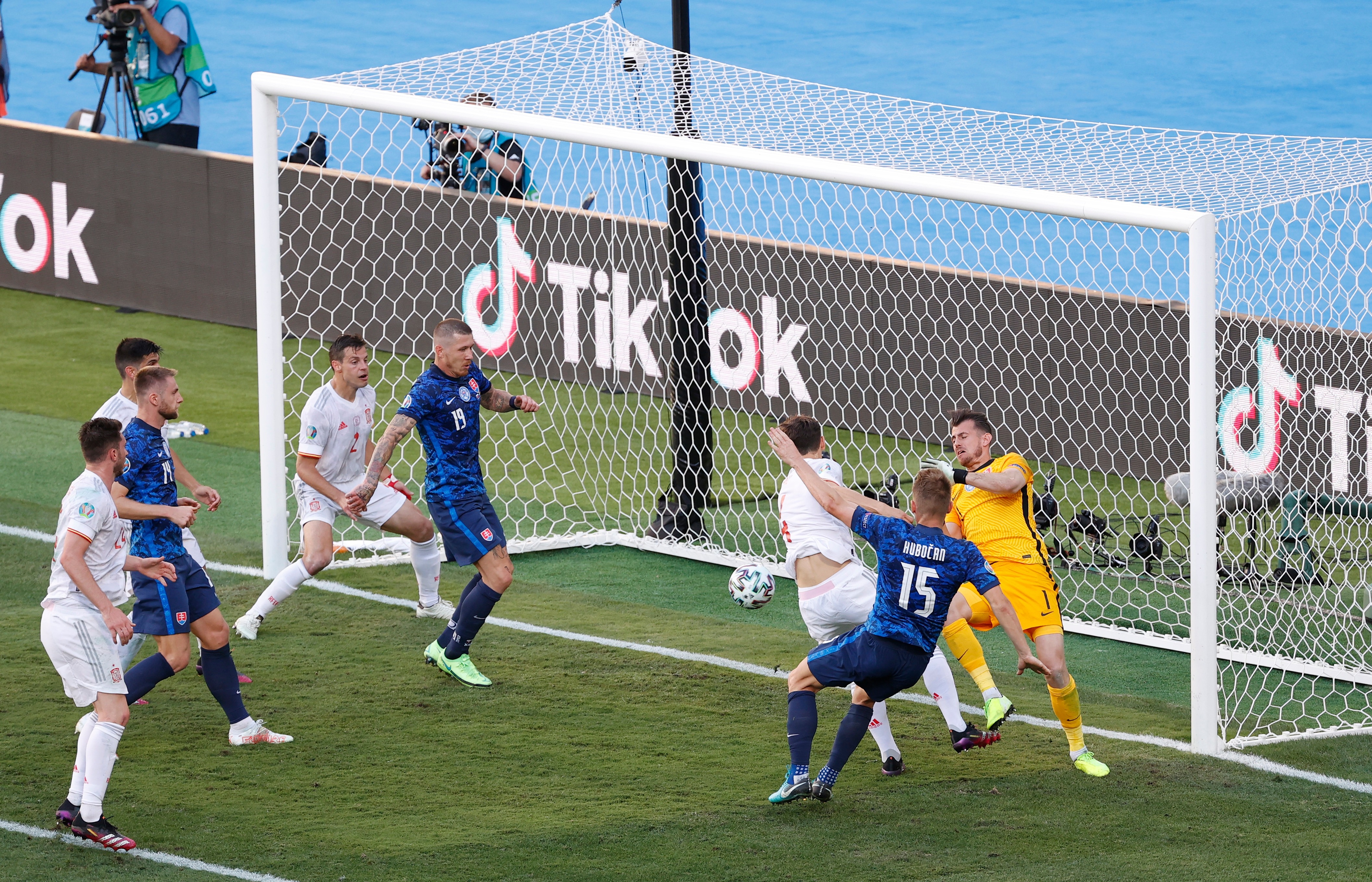 But having somehow made it to the first half drinks break unscathed, Slovakia shot themselves in the foot – twice.

First, Lubomir Satka’s ludicrous pass across his own 18-yard boss was cut out by Sarabia.

Then, after the Paris Saint-Germain ace’s blistering shot had rattled the crossbar, sending the ball spinning high into the air, Dubravka’s bid to tip it onto the top of his goal and out for a corner, ended instead with him patting it into his own net for a comical oggie.

Comical that is, if you are not Slovakian.

The Toon stopper hardly covered himself in glory for Spain’s second on the stroke of half time when after going walkabout in his own box, Moreno crossed for Laporte to send a looping header into a largely unguarded net.

Sarabia made it 0-3 in the 55th minute when his left-footed shot from Jordi Alba’s cross found its way into the net via the inside of the post.

Sub Torres added a fourth with a clever flick from Sarabia’s cross in the 67th minute – his first touch having come on a sub for Morata just moments earlier.

Slovakia midfielder Kucka compounded his country’s misery by skewing the ball in his own net after Dubravka had blocked Pau Torres’ goalbound header.