Bad day at the office! Social media users share hilarious pranks they’ve played on colleagues – including a teddy bear board meeting and a doughnut box full of vegetables

We all have bad days at the office, but these pranksters have made their colleagues lives a whole lot worse.

Social media users from across the globe have shared hilarious examples of pranks their co-workers have played on them, collated by Shareably.

The practical jokes include someone who planted watercress in one of their colleagues keyboards while they were on holiday, while another set up giant teddy bears on one of the desks.

Here, FEMAIL reveals the best examples of office pranksters you’re glad you don’t have to work with. 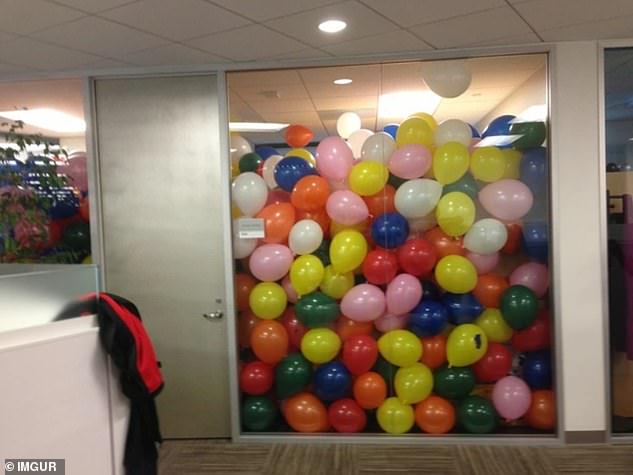 Social media users have revealed the hilarious but ridiculous pranks their colleagues have played on them – including one person, from the US, who celebrated April Fool’s day by filling his boss’ office full of multicoloured balloons 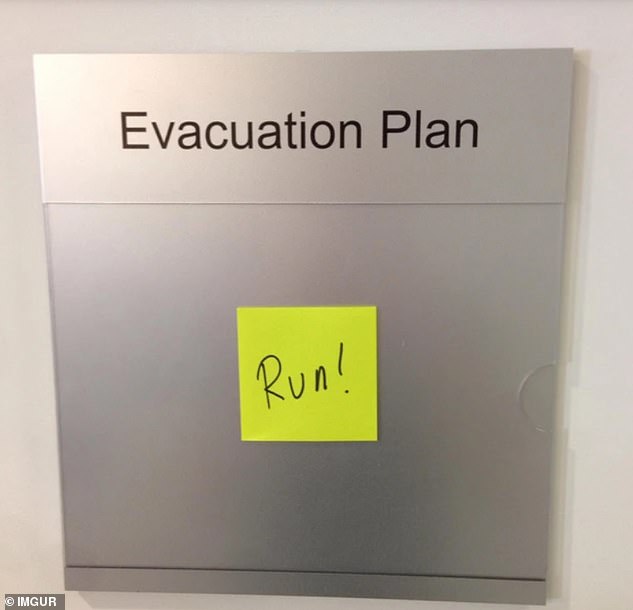 Good advice! This user, from an unknown location, stuck an informative note about the office evacuation plan on a door 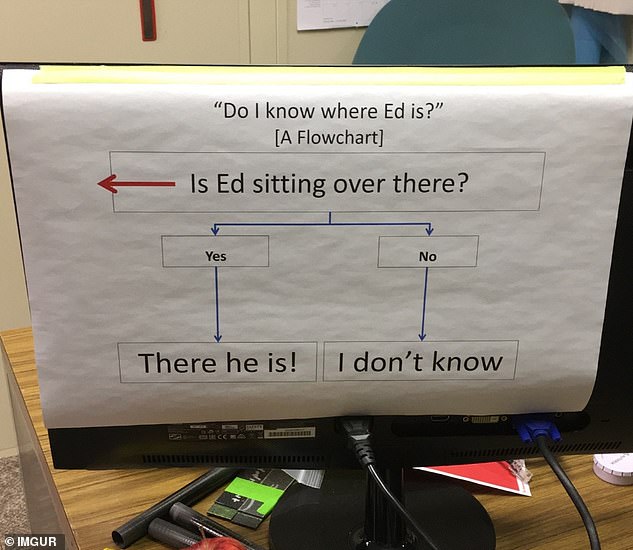 Simple analysis! This user, from the UK, made it very clear he didn’t want to be asked about his colleague Ed’s whereabouts with a handy flow chart 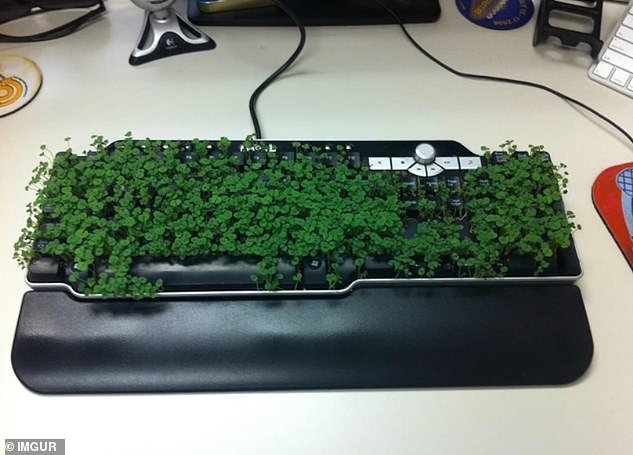 Growing on me! This user, from the US, came back from a two week holiday to discover his work friends had planted watercress in his keyboard 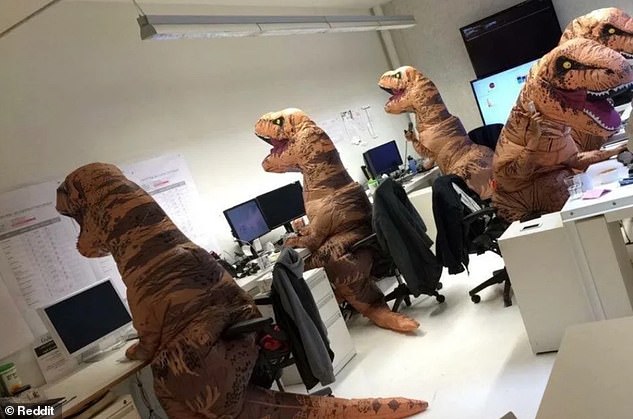 Nothing to see here! This user, from the US, shared a picture of his University’s Palaeontology Department dressed as dinosaurs on Halloween 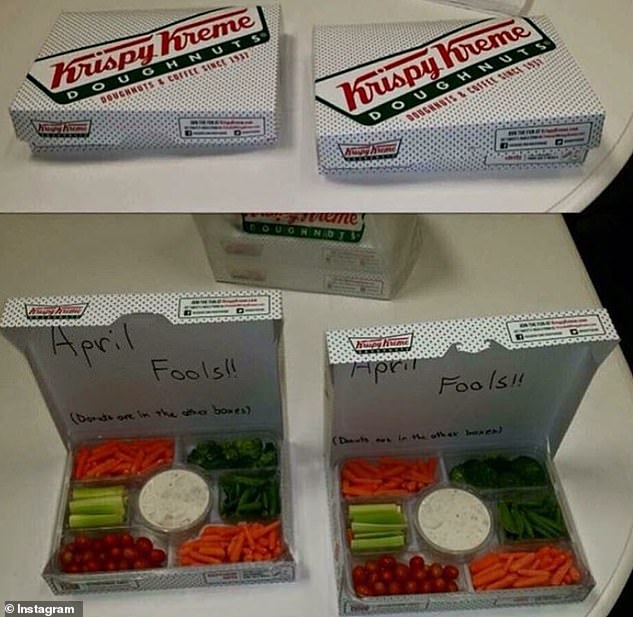 Doughnut open that box! This user, from the US, was devastated to discover what he thought was doughnuts was actually an array of vegetables 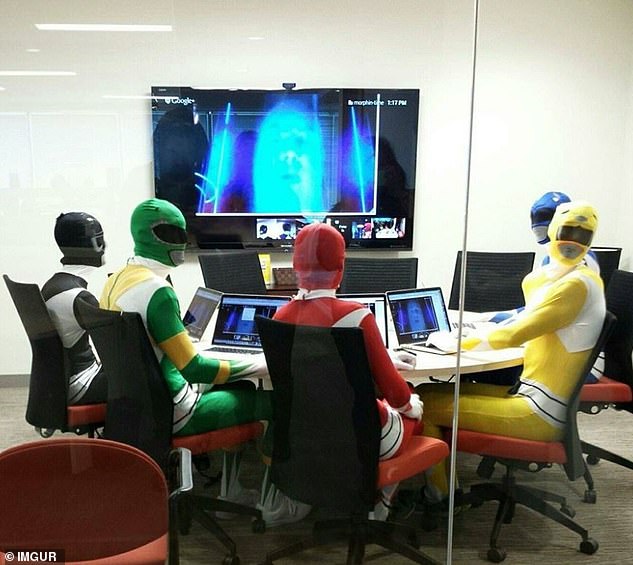 Go! Power Rangers! This user, from an unknown location, witnessed his colleagues have an entire meetings dressed as their favourite childhood heroes 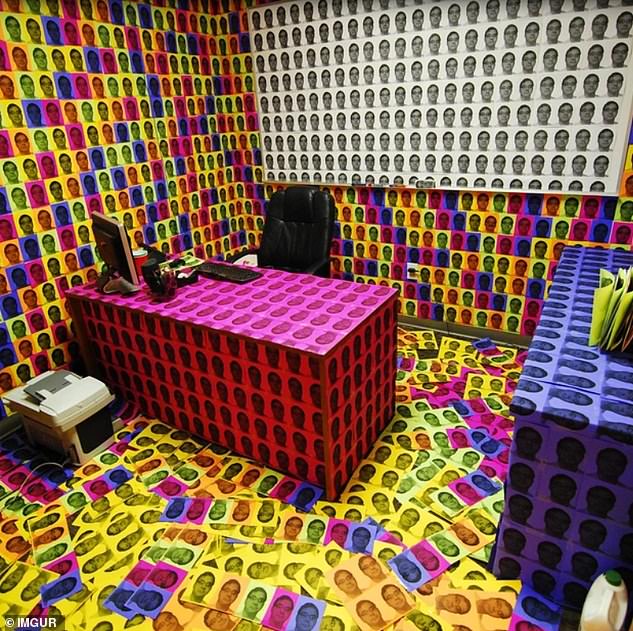 Always watching! This user, from the US, spent his April Fool’s day printing out stickers of his boss’ face and decorating his office with them 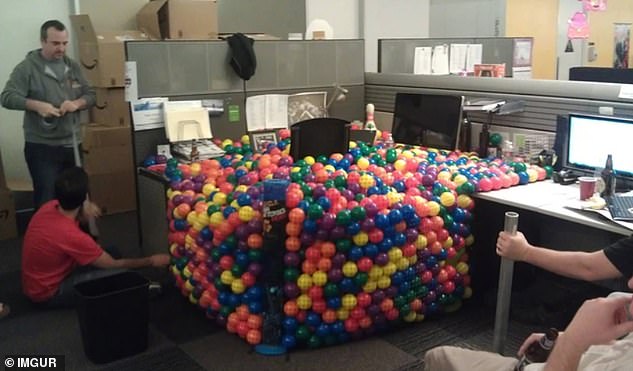 Office fun! This user, from the US, created his own makeshift ball pit in his work colleagues desk area 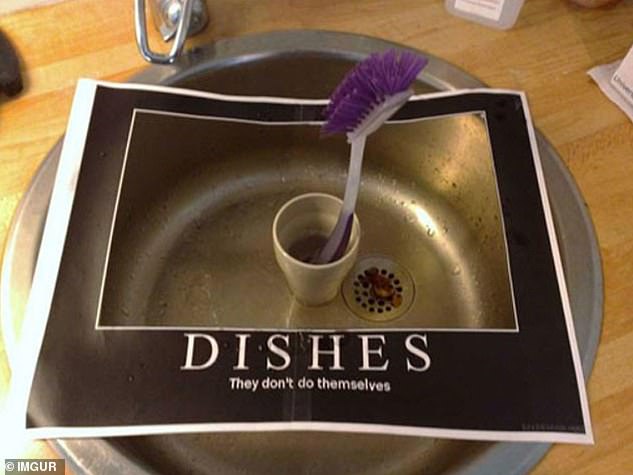 Passive aggressive! This user, from an unknown location, made their thoughts on the washing up very clear with this poster 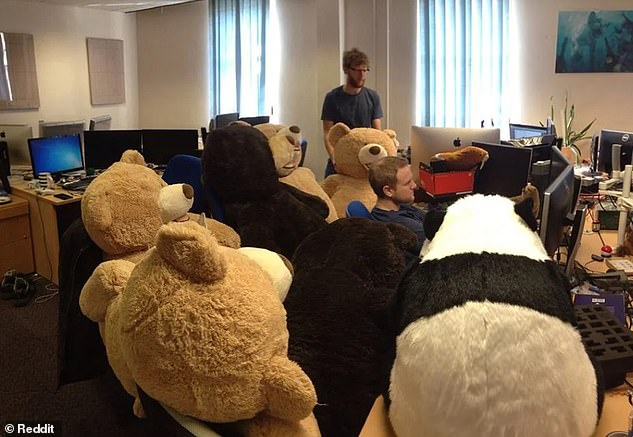 Bear cheek! This user, from the UK, surrounded one of his work pals’ desk with a hoard of giant stuffed animals