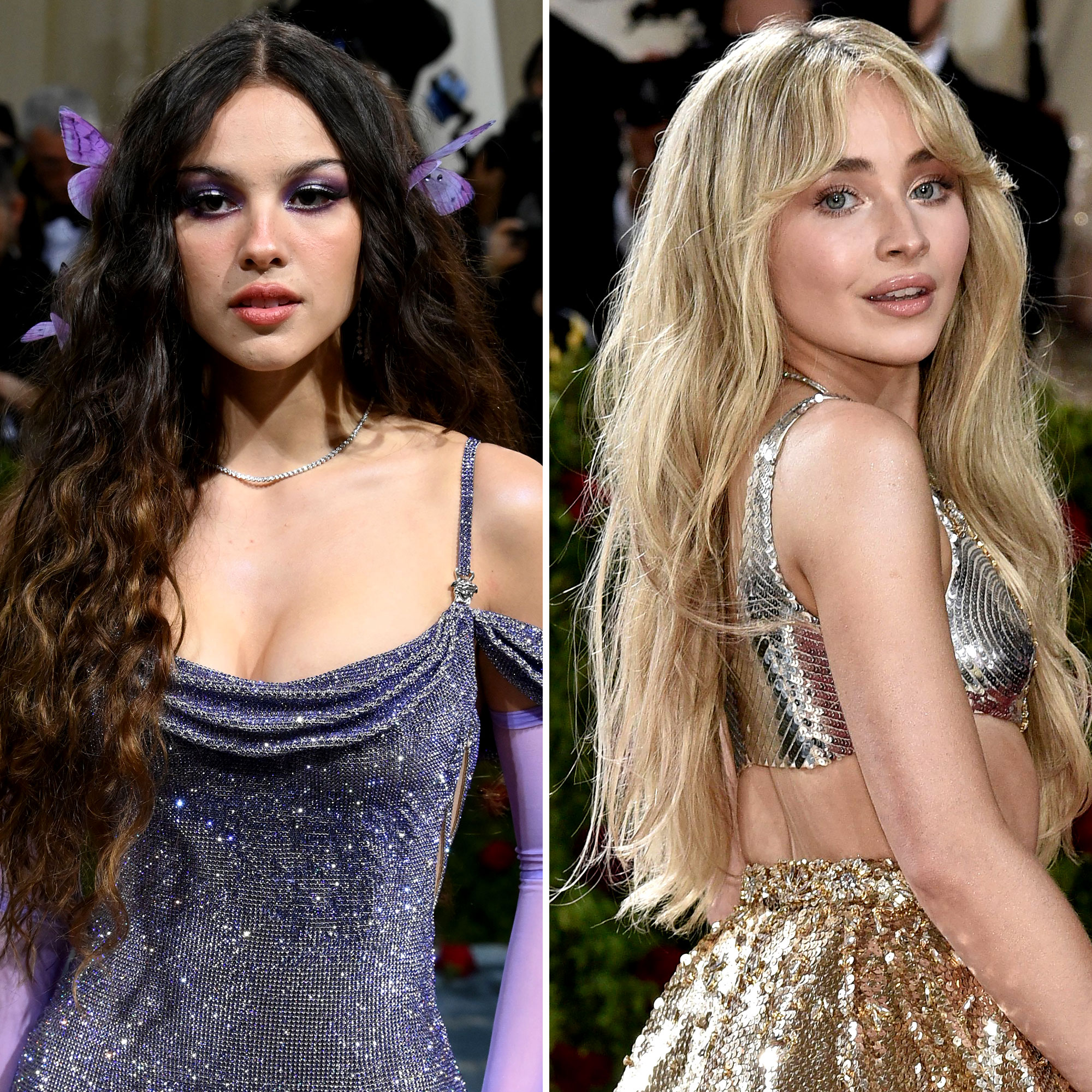 Ending the drama? Olivia Rodrigo’s love triangle — and subsequent drama — with Joshua Bassett and Sabrina Carpenter made headlines after the trio each released songs about their experience, but the two women have appeared to make peace.

While the Bizaardvark alum, 19, and the “Skin” songstress, 22, have seemingly kept their distance in recent years, they had a reunion at the 2022 Met Gala on Monday, May 2. Photographer Sinna Nasseri shared a series of “blink-and-you’ll-miss-it moments” via Vogue’s official Instagram account on Wednesday, May 4.

Actor Sebastian Stan looks directly at the camera in one snap, though social media fans had their eyes on Rodrigo and Carpenter’s interaction in the background. Behind the 39-year-old Falcon and the Winter Soldier star, the two Disney Channel alums were photographed having a private conversation. The Grammy winner, for her part, furrowed her brows as she leaned in to chat with Carpenter.

While the two ladies have not divulged the details of their convo, devoted fans honed in on the exchange.

“This is my first time, so I’m peeing myself,” the Girl Meets World alum told Emma Chamberlain during a Vogue interview on Monday. “I’m trying to be observant and take everything in, like, I’m feeling better now.”

Part of the Tall Girl actress’ first-time experience included catching up with Rodrigo nearly two years after their now-viral social media drama. Rodrigo and Bassett, 21, were rumored to have dated on the set of HSMTMTS before he allegedly hooked up with Carpenter, seemingly inspiring Rodrigo’s Grammy-winning “Driver’s License.” (The trio never confirmed the romance speculation or timeline.)

While the Grace Stirs Up Success actress crooned about feeling insecure next to an older blonde woman, Carpenter and Bassett also reportedly sang about their sides of the story in their own songs.

Awkward! Celebrities Who May Have Run Into Their Ex at the 2022 Met Gala

“[‘Skin’] isn’t calling out one single person,” Carpenter wrote in a January 2021 Instagram post after the song’s release. “Some lines address a specific situation, while other lines address plenty of other experiences I’ve had this past year.. it also shows that many things have actually gotten under my skin.. and I’m still learning to not give other people so much power over my feelings.”

While the two ladies previously denied knowing one another outside of meeting briefly in passing, the trio have tried to clear up any rumors of bad blood.

“The reality is it’s kind of like a lost cause trying to talk about any of that stuff, and I refuse to feed into any of the bulls–t, so I just don’t,” the Better Nate Than Ever star told GQ in June 2021. “[Everyone] is asking me about Sabrina and Olivia. Why don’t we focus on these women for who they are? Let’s focus on the art that they’re making and how great they are instead of their relationship to a boy.”