St George’s Day, also known as the Feast of Saint George, is this week, on Thursday, April 23. There are legends around St George and his importance, with the day celebrated on the anniversary of his death each year.

Who was Saint George?

St George is the patron saint of England, and so April 23 each year is seen as England’s national day.

According to legend, St George was a soldier in the Roman army who not only saved a princess, but also killed a dragon.

Not much is known about George’s life, but it is thought he was a Roman officer of Greek descent from Cappadocia. 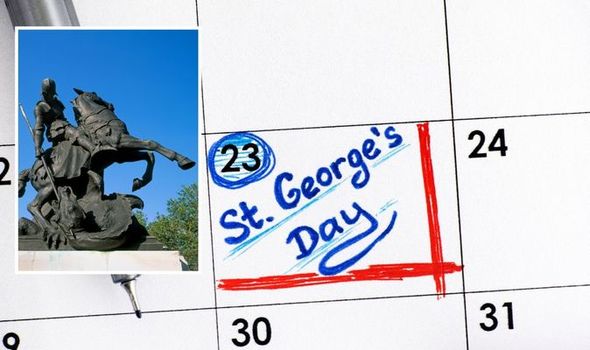 He is believed to have been martyred in one of the pre-Constantinian persecutions.

The legend of St George slaying a dragon dates back to the 11th century, when it was reportedly first recorded in a Georgian source.

This legend then reached Catholic Europe in the 12th century, and tells of a fierce dragon causing havoc at the city of Silene, Libya.

To try and stop the dragon from destroying the city and killing people, they gave two sheep each day to the dragon. 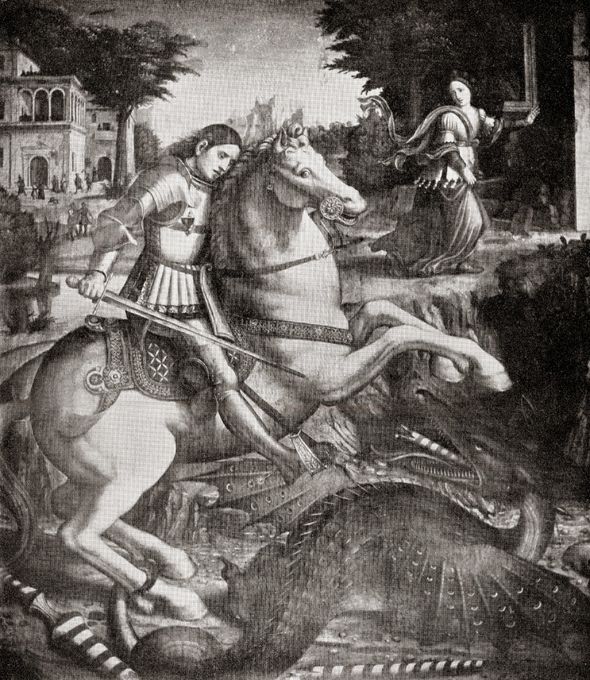 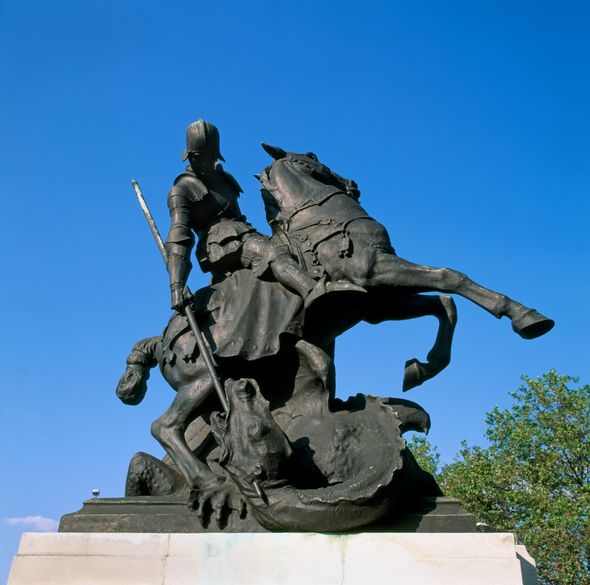 However, there reached a point when the sheep were not enough and they were instead forced to sacrifice humans instead.

The city’s own people selected which people were to be sacrificed, and the king’s daughter was chosen.

Saint George saved the girl by slaying the dragon with a lance, and the king was so grateful that he offered him treasures as a reward for saving his daughter’s life, but Saint George refused it and instead he gave these to the poor.

The legend goes the people of the city were so amazed at what they had witnessed that they became Christians and were all baptised.

St George’s Day is celebrated by numerous Christian Churches and by the several nations, kingdoms, countries, and cities which have Saint George as the patron saint.

England, regions of Portugal, Greece, Russia and areas in Spain including Catalonia and Aragon all claim St George as the patron saint.

In England, celebrations are held across the country for the feast day, including an annual commemoration in Trafalgar Square, London. 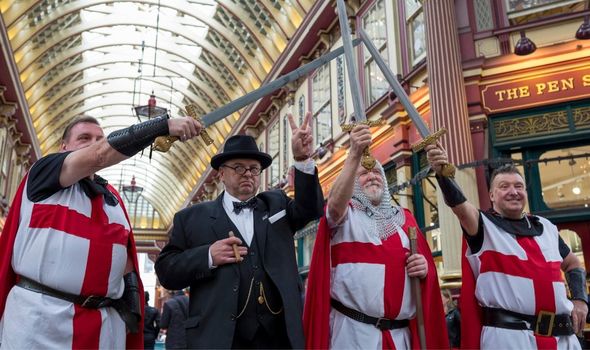 However, due to the coronavirus restrictions, St George’s Day events have been cancelled.

No, St George’s Day is not a bank holiday in England, despite having been declared a national feast day and holiday in the country in 1415.

St George’s Day was a national feast day and holiday in England until the 18th century.

After the Act of Union between England and Scotland in 1707 its significance, and the celebrations around it, faded away.

Now, unlike St Patrick’s Day in Northern Ireland, and St Andrew’s Day in Scotland, St George’s Day is not a bank holiday in England.

There have been campaigns and political promises to make St George’s Day a bank holiday once more, however, as yet none have come to fruition.