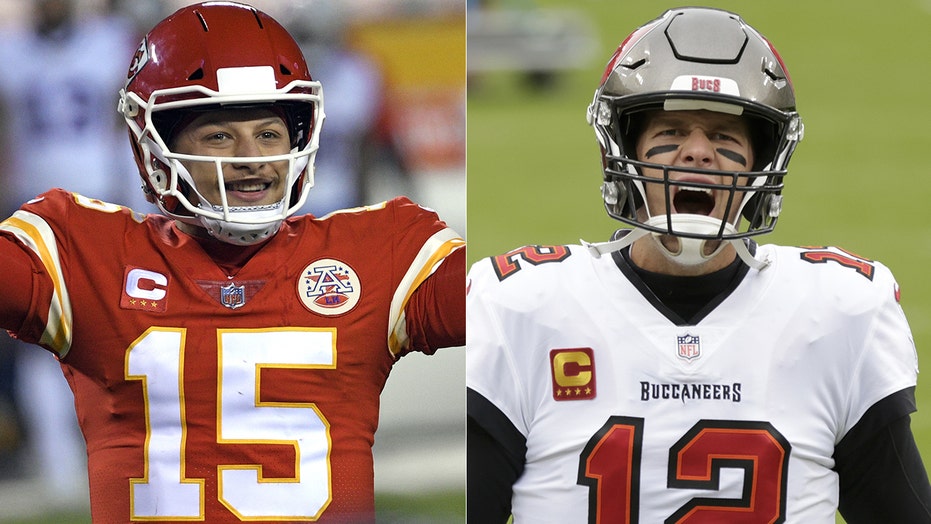 The Chiefs are the defending Super Bowl champions after beating the San Francisco 49ers in Super Bowl LIV, which took place in Miami. Kansas City finished with the best record in the NFL and are the favorites going into the game against the Buccaneers.

The team announced they will be wearing their red jerseys with white lettering.

The Buccaneers are making on their second Super Bowl appearance in franchise history. Tampa Bay made the Super Bowl during the 2002 season and beat the Oakland Raiders.

PATRICK MAHOMES ON PLAYING THROUGH CORONAVIRUS-IMPACTED SEASON: ‘IT DOES TAKE A TOLL ON YOU’

Eighteen years later, Tampa Bay is on the doorstep of their second Super Bowl with Tom Brady leading the charge. Brady and the Buccaneers finished in second in the NFC South division with an 11-5 record and won three road playoff games to get to the Super Bowl where they will essentially be playing a home game because Super Bowl LV will take place in Raymond James Stadium.

The Bucs will be wearing their white jerseys with red lettering.

Kansas City is 2-0 in their red jerseys, having worn them in last year’s game. Tampa Bay has never worn the white jersey in the Super Bowl, winning Super Bowl XXXVII with their red uniforms.