A SUPERCOMPUTER predicts Manchester City will retain their Premier League title this season – despite missing out on Cristiano Ronaldo.

Arsenal, meanwhile, have been tipped to miss out on European football for a second consecutive year following their poor start. 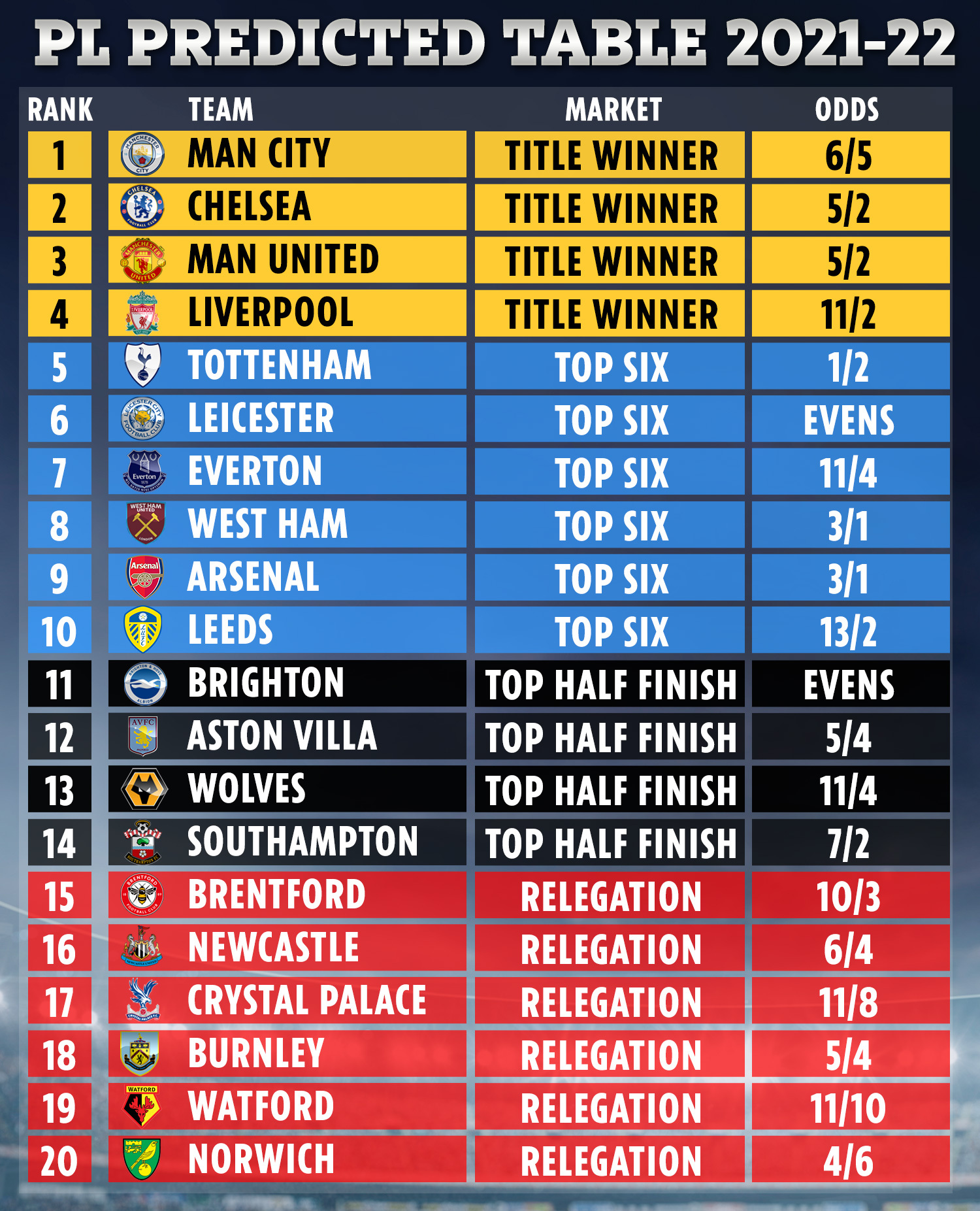 According to BonusCodeBets' supercomputer, City manager Pep Guardiola will lift his fourth Premier League title in May.

The holders have been tipped by techonology to edge Chelsea – despite the European champions signing Romelu Lukaku.

But the Red Devils' prospects have improved following the signing of Ronaldo from Juventus – compared to a previous prediction.

The Portuguese foward's return to Old Trafford sees Ole Gunnar Solskjaer's finish ahead of Liverpool in the eyes of the supercomputer.

Tottenham are expected to be promoted from the Europa Conference League to the Europa League by finishing fifth, while Leicester are tipped to end up one place below.

After a decent start under new manager Rafa Benitez – picking up seven points from their first three Premier League games – Everton are backed to finish seventh, just ahead of West Ham in eighth.

The good news for Arsenal fans is they're predicted to avoid relegation, although a ninth-place finish won't see them return to Europe.

Leeds are expected to enjoy another solid season – placing in tenth – with Brighton and Aston Villa just below them in 11th and 12th respectively.

Wolves and Southampton are tipped to bag another season in the Prem, while newcomers Brentford are backed to stay up after taking five points from their opening three league games.

Newcastle and Crystal Palace are predicted to have tricky campaigns but should survive, according to the supercomputer.

But the same can't be said for Burnley, Watford and Norwich, who are backed to slip into the Championship.