“[Vicki’s] really sad about it, she’s having a hard time,” the “Real Housewives of Orange County” alum, 54, told co-host Teddi Mellencamp, 40, on the latest episode of their “Two T’s in a Pod” podcast.

Judge explained that Gunvalson, 59, is starting to feel the pressure of being single as she approaches turning the big 6-0 in March.

Judge further alleged that things began to go “sideways” after Gunvalson bought a retirement condo in Puerto Vallarta in February 2020. She claimed that by October of that year, Lodge was living in the condo full time, and blocked Gunvalson on Instagram. 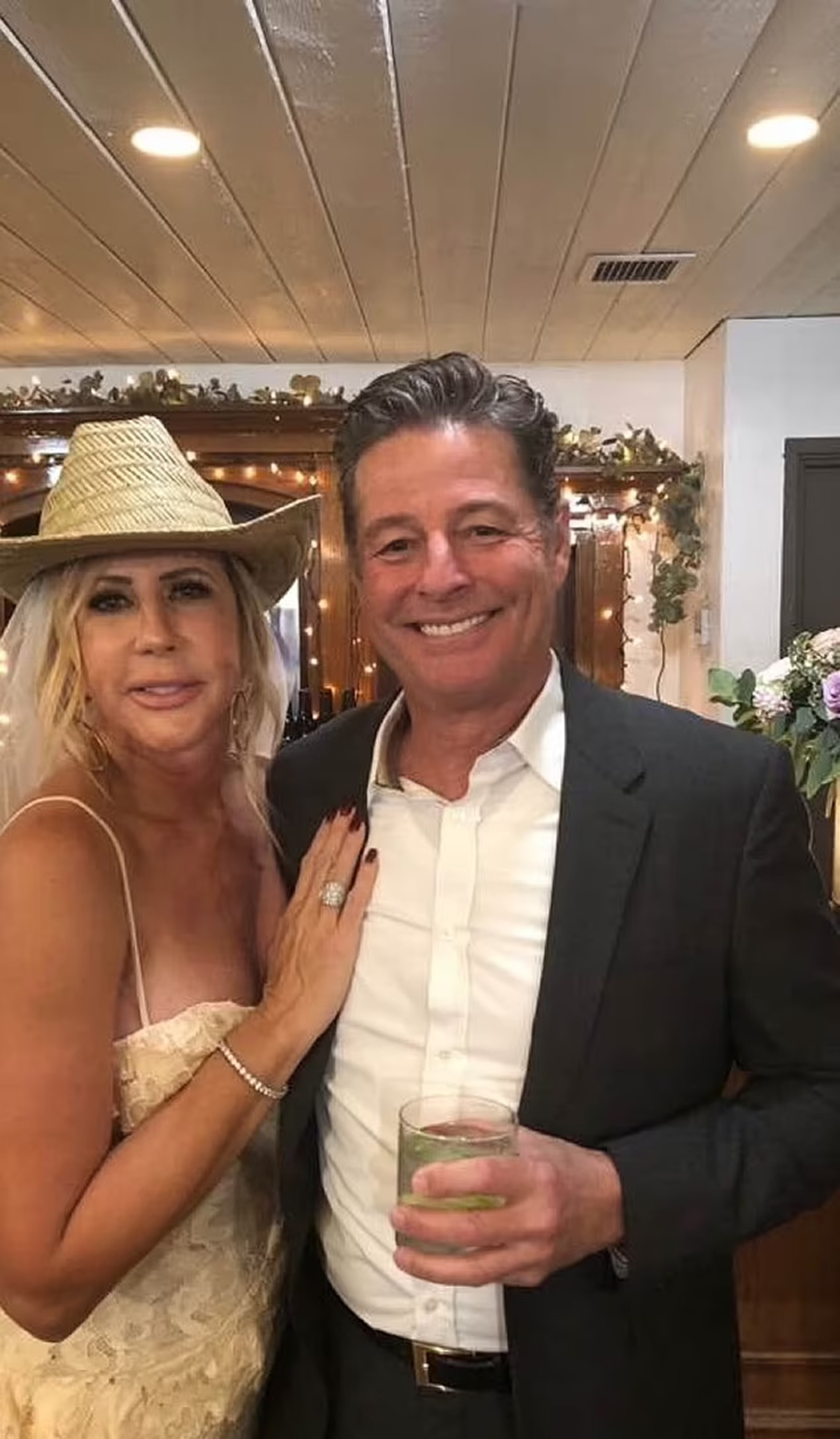 Eight months later, Lodge announced his run for Governor of California, and Judge claimed he immediately came crawling back for Gunvalson’s support – including moving into her new Coto, Calif., home and encouraging the reality star to wear her ring again.

Judge alleged that shortly after Lodge lost the race, he moved straight into his now-fiancée’s apartment. “He had to have been dating her while he was living with Vicki in Coto,” she claimed.

The podcast co-host concluded her revelations by saying that her longtime friend is “adjusting” and “still hurt.”

Lodge proposed to Gunvalson in April 2019 and she announced their split in late September 2021. Lodge then went Instagram-official with Carlson, 37, on Christmas Day, after proposing to the school teacher on Dec. 20.

Gunvalson herself discussed the difficult news with Page Six, telling us in a statement, “I really don’t want to give him any more publicity. He’s a fame whore.”