The amazing shortlisted images in an architecture photography contest

The amazing shortlisted images in a worldwide architecture photography contest, from jaw-dropping bridges to fairy-tale castles and epic monuments

Build it – and the photographers, with their drones and digital SLRs, will come.

These incredible pictures all made the top 50 in a contest called #Architecture2020, run by photo app Agora, which asked photographers to send in snaps of their favourite architectural wonders.

In total 10,367 photos were submitted from snappers across the globe, with judges whittling them down to 50 finalists. After that, it was all down to Agora users, who were tasked with selecting the overall winner.

And what a bountiful supply of top photography they had to choose from – jaw-dropping images of beautiful bridges in Vietnam and Bristol, mesmerising photos of incredible cityscapes in China and Spain and fairy-tale castles in Germany, to name but a few.

Octavi Royo, Agora’s CEO and co-founder, said: ‘#Architecture2020 is a spectacle about the beauty that results from the interaction between light and volumes. The contrast between chaos and order, nature and the artificial, matter and emptiness.’

Scroll down to see MailOnline Travel’s pick of the most brilliant pictures in the contest. You’ll find the overall winner at the very bottom… 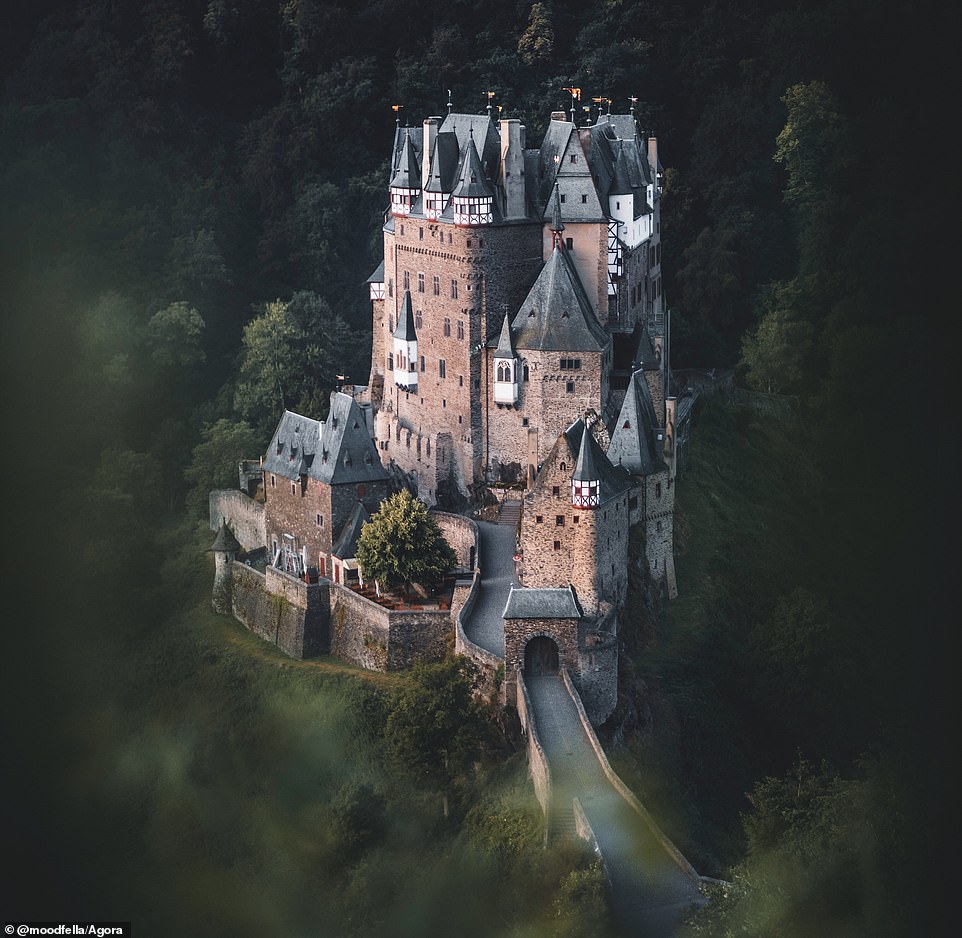 A fairy-tale-like image of Eltz Castle in Mayen-Koblenz, Germany, was taken by German @moodfella, who titled the shot ‘Castlemania!’ 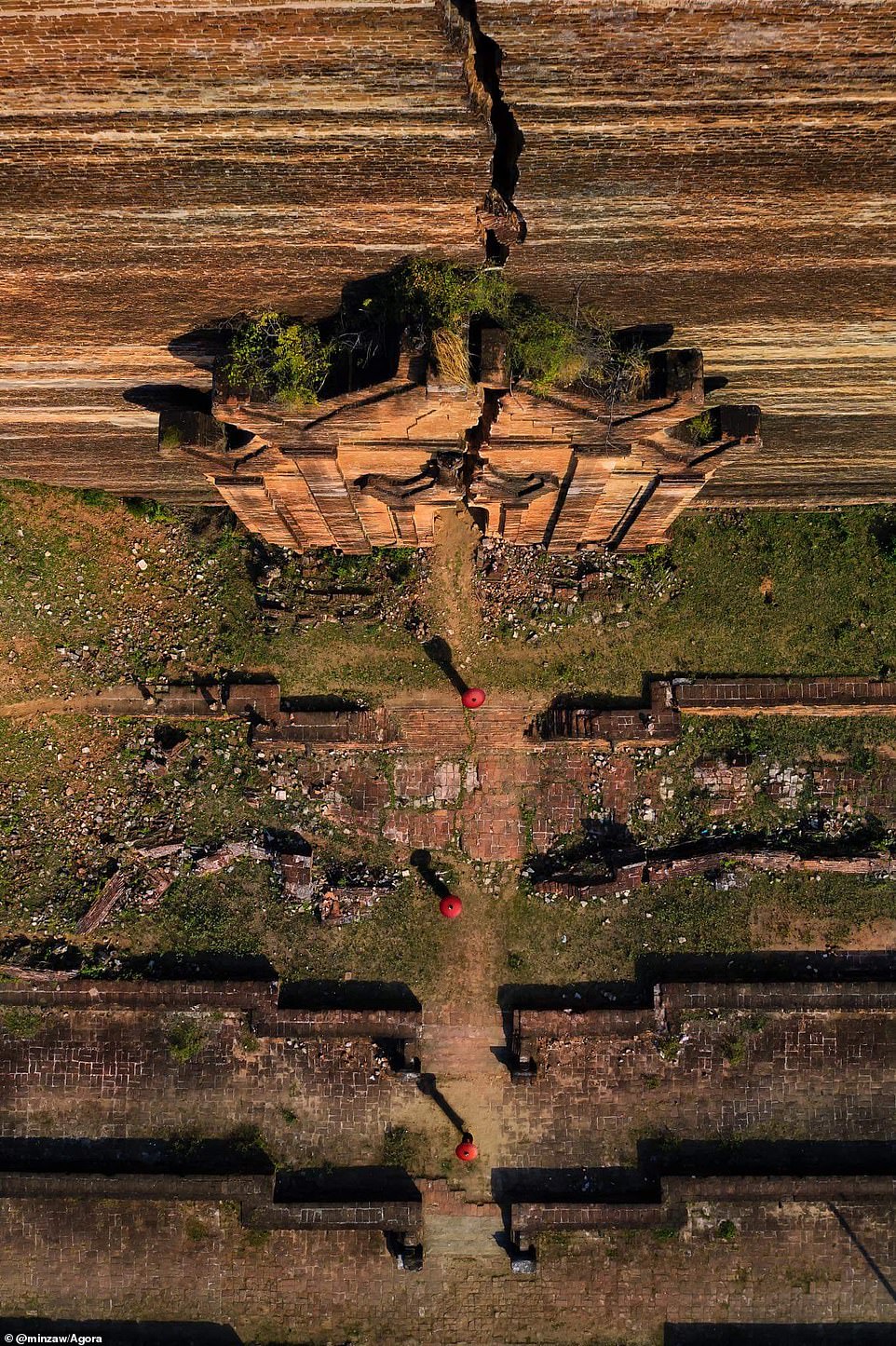 This Buddhist ‘stupa’ in Myanmar was captured by Min Zaw, who’s from that country. He explained: ‘Stupas are one of the most recognisable forms of Buddhist architecture. It generally takes the form of a hemisphere, although this shape may vary by country. Pilgrims worship at a stupa by walking around its base outside, usually in the clockwise direction. The massive crack in the middle of this stupa was caused by an earthquake’ 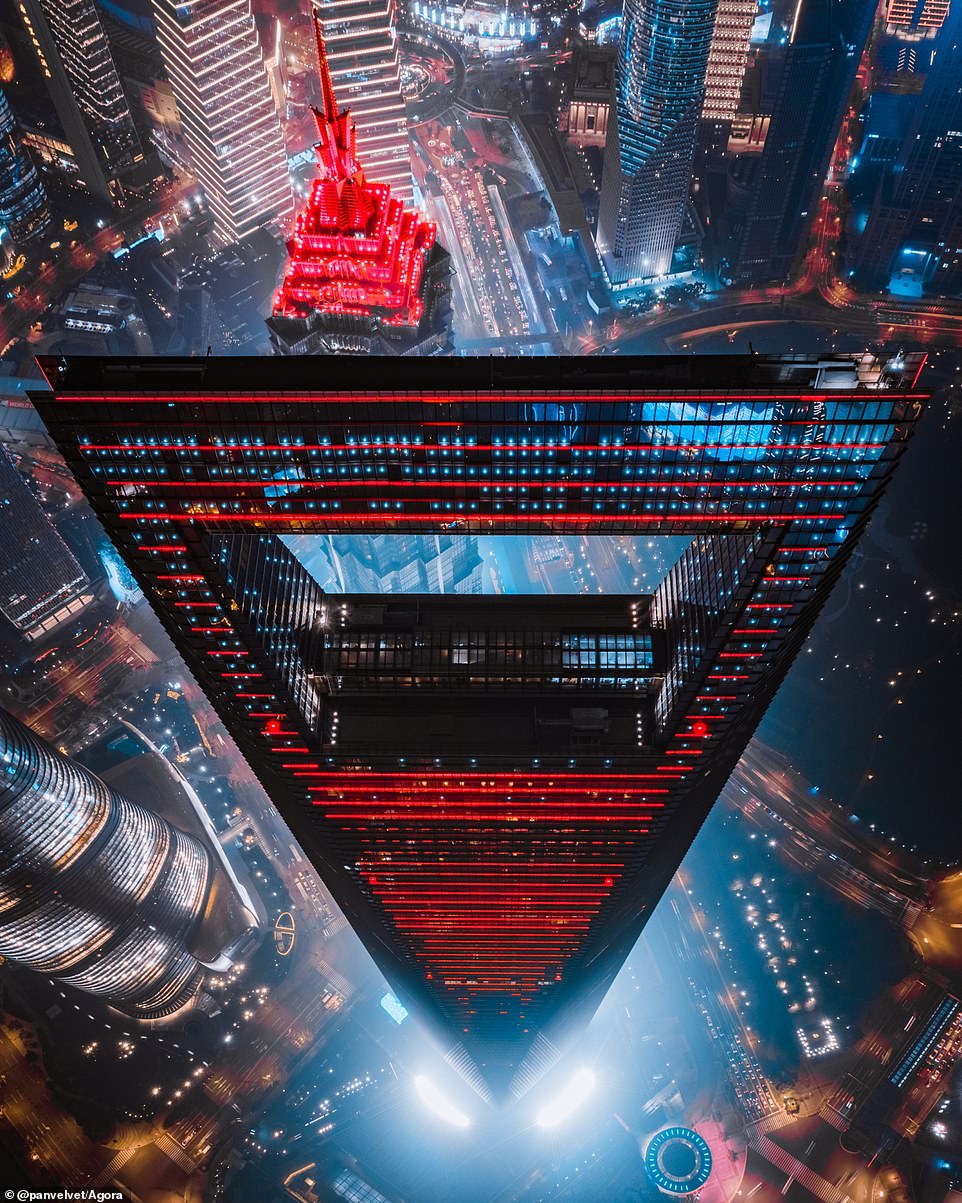 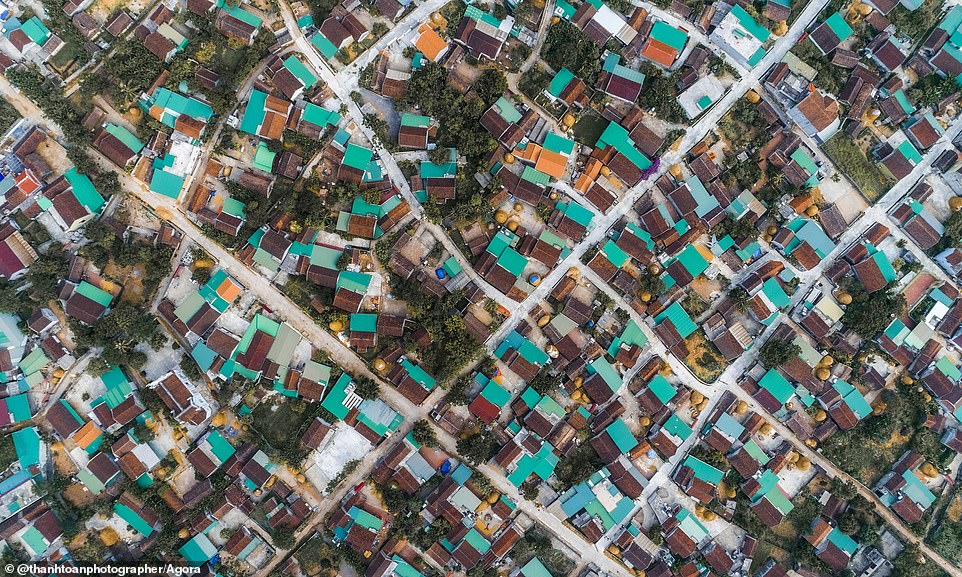 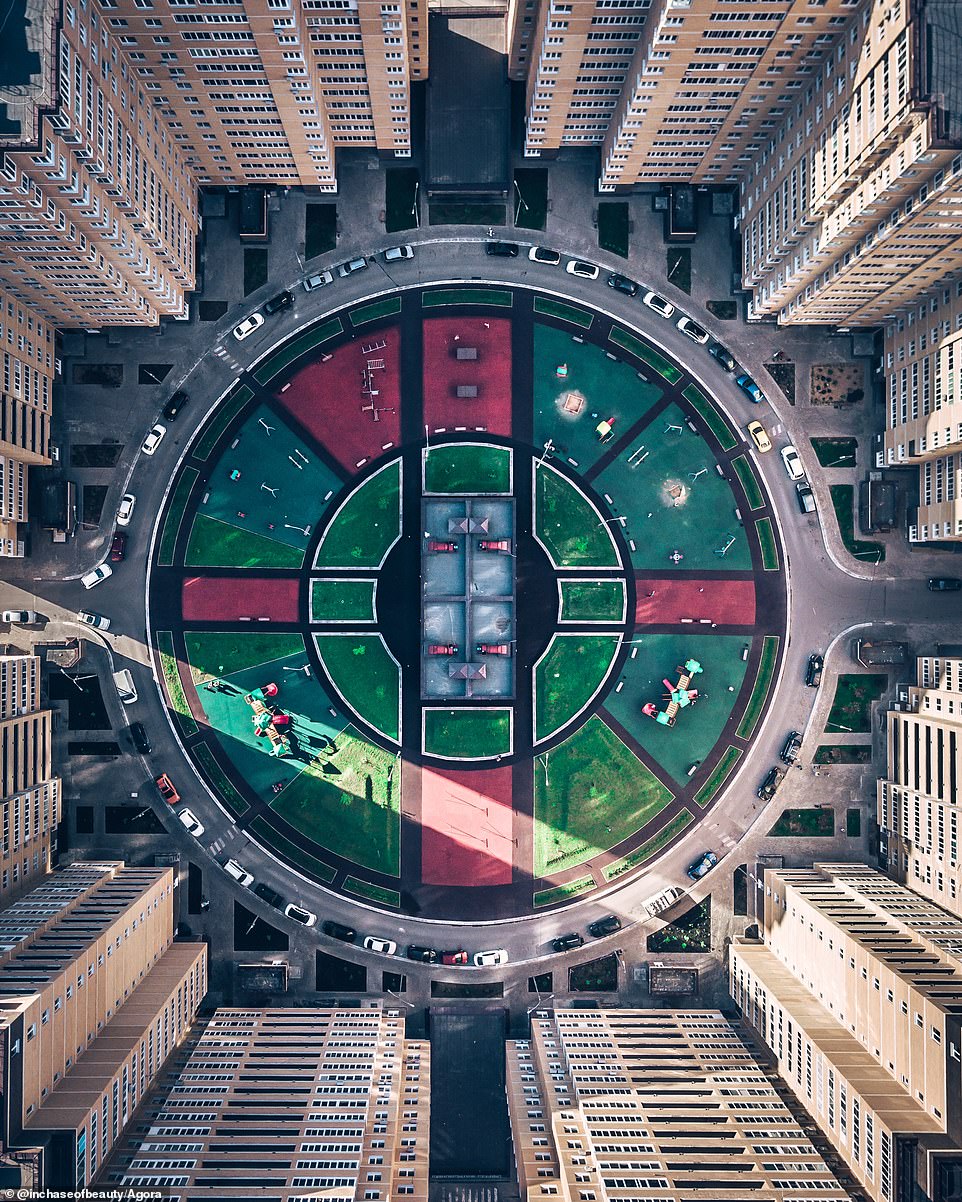 Russian snapper @inchaseofbeauty says of his shortlisted shot: ‘Here’s one of Moscow’s courtyards from above. There are different areas to work out, play with the kids, or even play table tennis. I arrived at this place too early, so I decided to wait for a few hours. I wanted to see sunlight on the ground in the best position’ 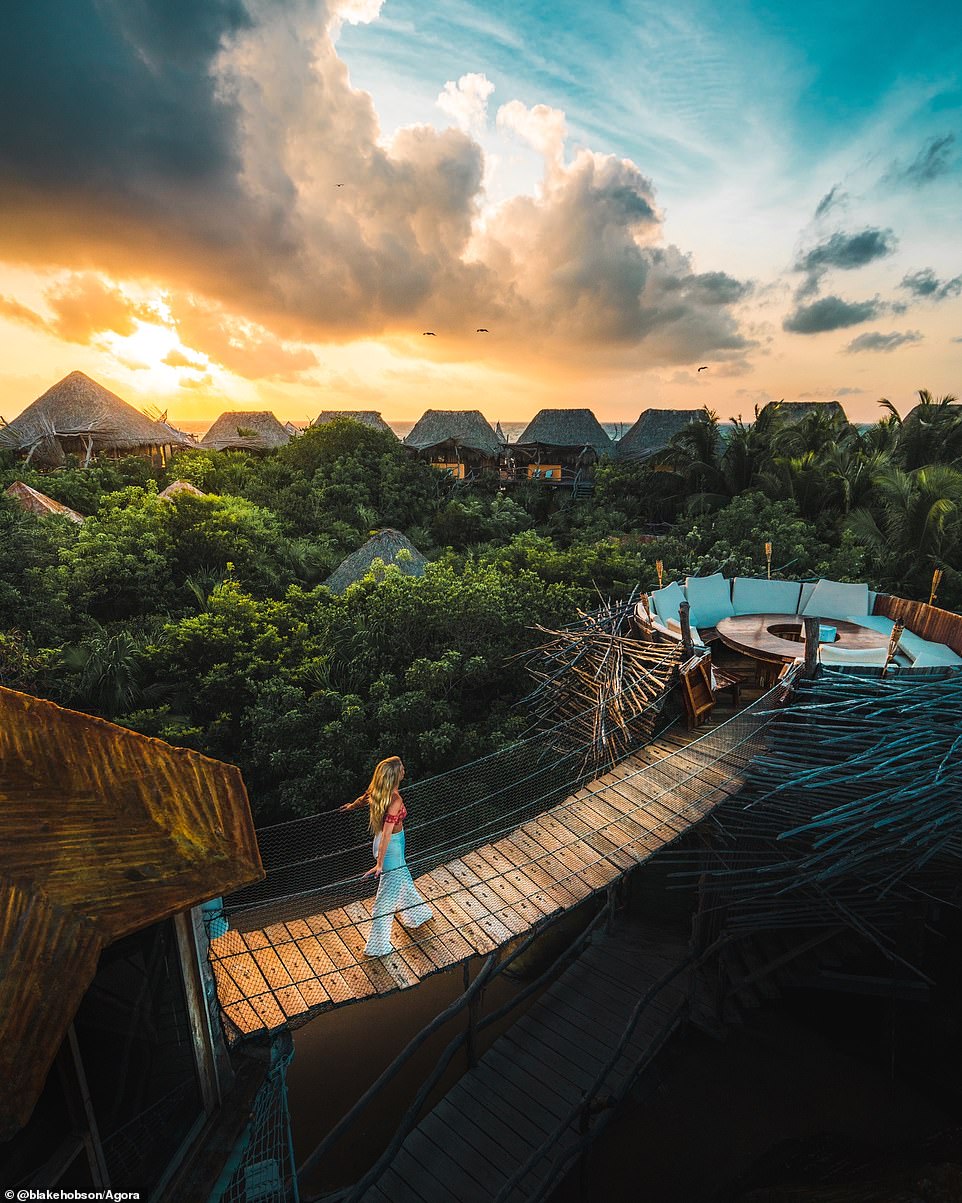 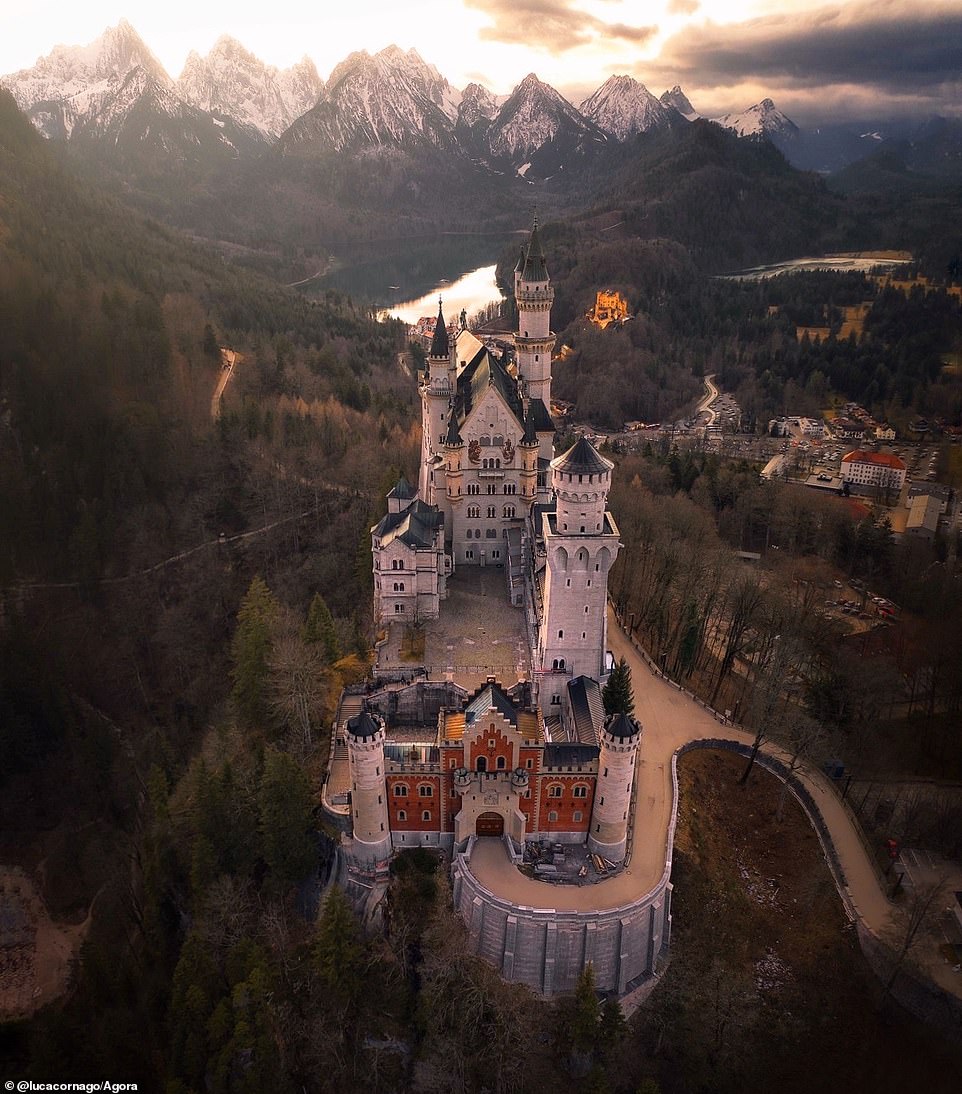 Italian photographer @lucacornago took this hypnotic image of Neuschwanstein Castle in Schwangau, Germany. It was a shoot he would long-remember: ‘My hands were frozen because of the freezing wind, but it was all worth it to see such an epic sunset. The architecture of this castle is stunning. It reminded me of my childhood and Walt Disney’ 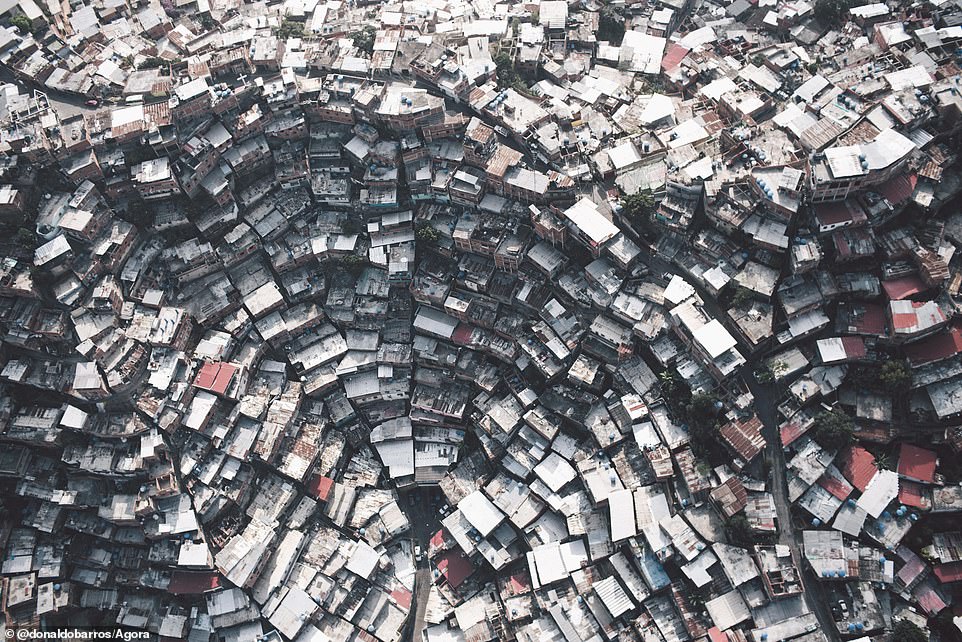 This stunning – but shocking – image by Venezuelan @donaldobarros shows packed living conditions in Petare, a city in a district of Caracas, the capital of Venezuela 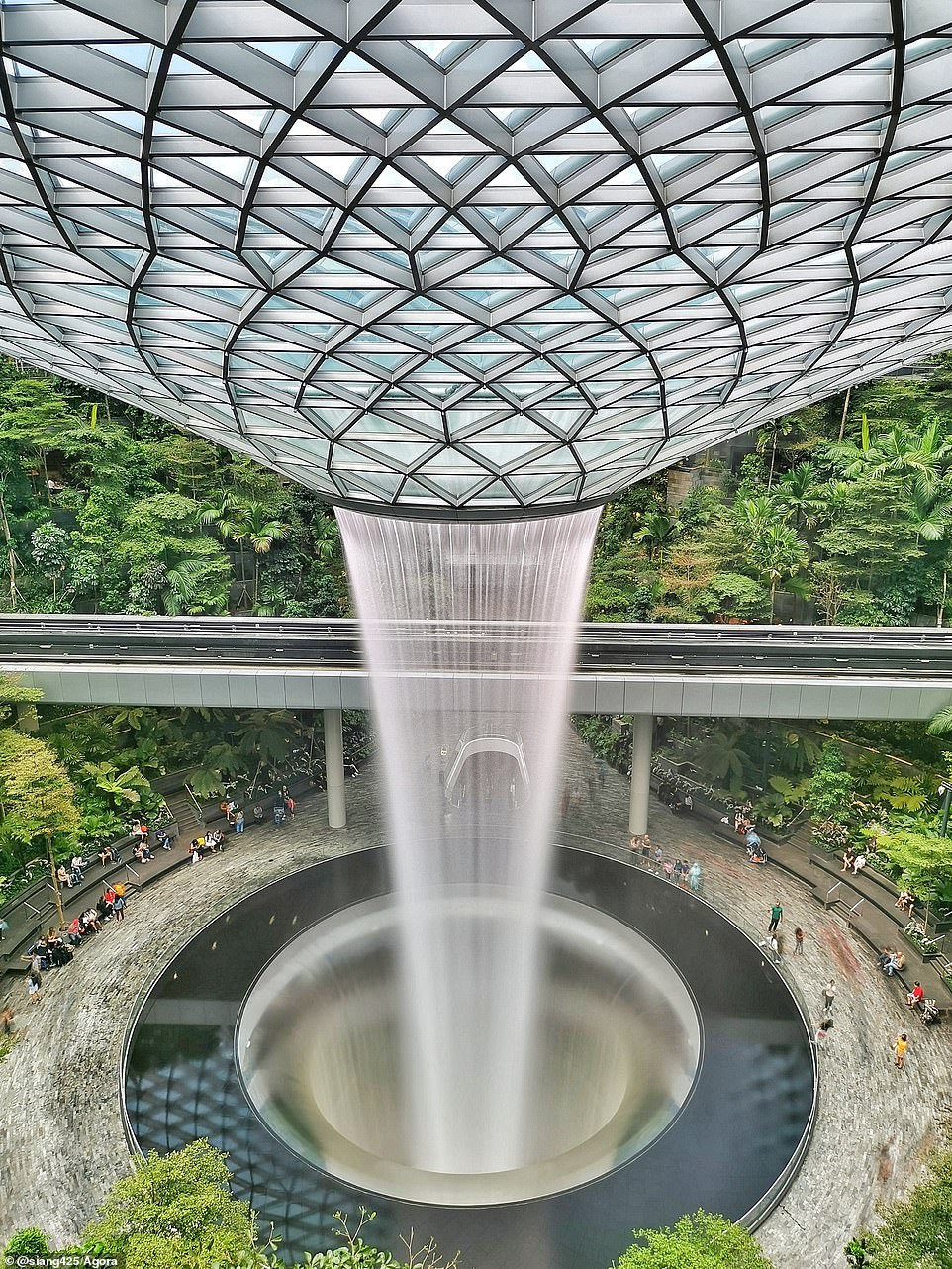 This incredible water feature in Singapore’s Changi Airport looks like a spaceship. It was photographed by Malaysian @siang425, aka Andy Huan 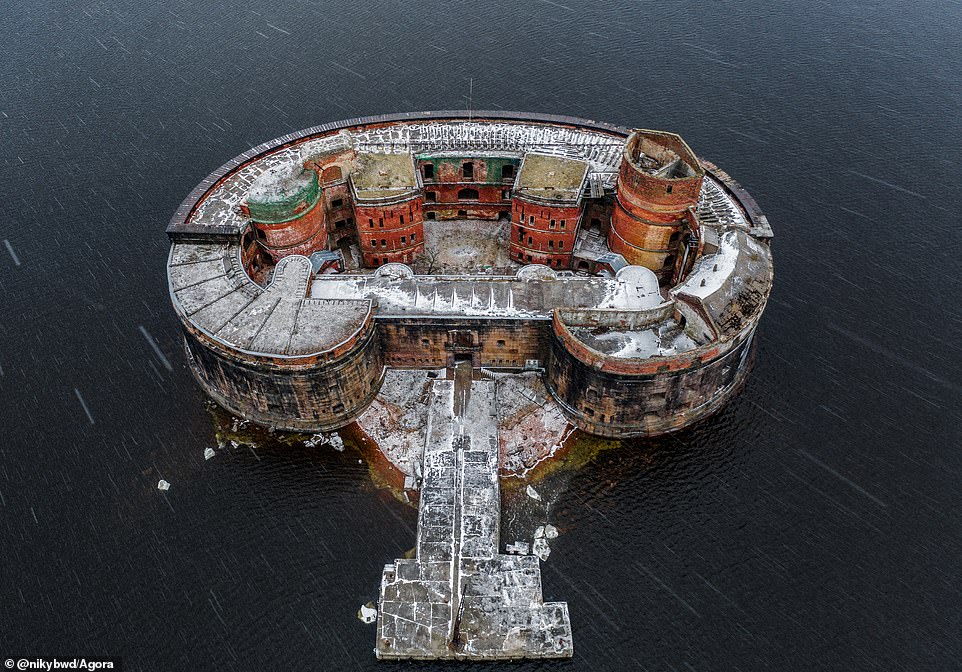 A floating fort in the Baltics snapped by Russian @nikybwd, who explains: ‘Fort Alexander 1 is a naval fortress on an artificial island located in the Gulf of Finland, near St Petersburg and Kronstadt. From 1899 to 1917, the fort housed a research laboratory on plague and other bacterial diseases. By 1983, the fort was stripped of its fixtures and abandoned. In the late 1990s and early 2000s, Fort Alexander was a popular location for rave parties’ 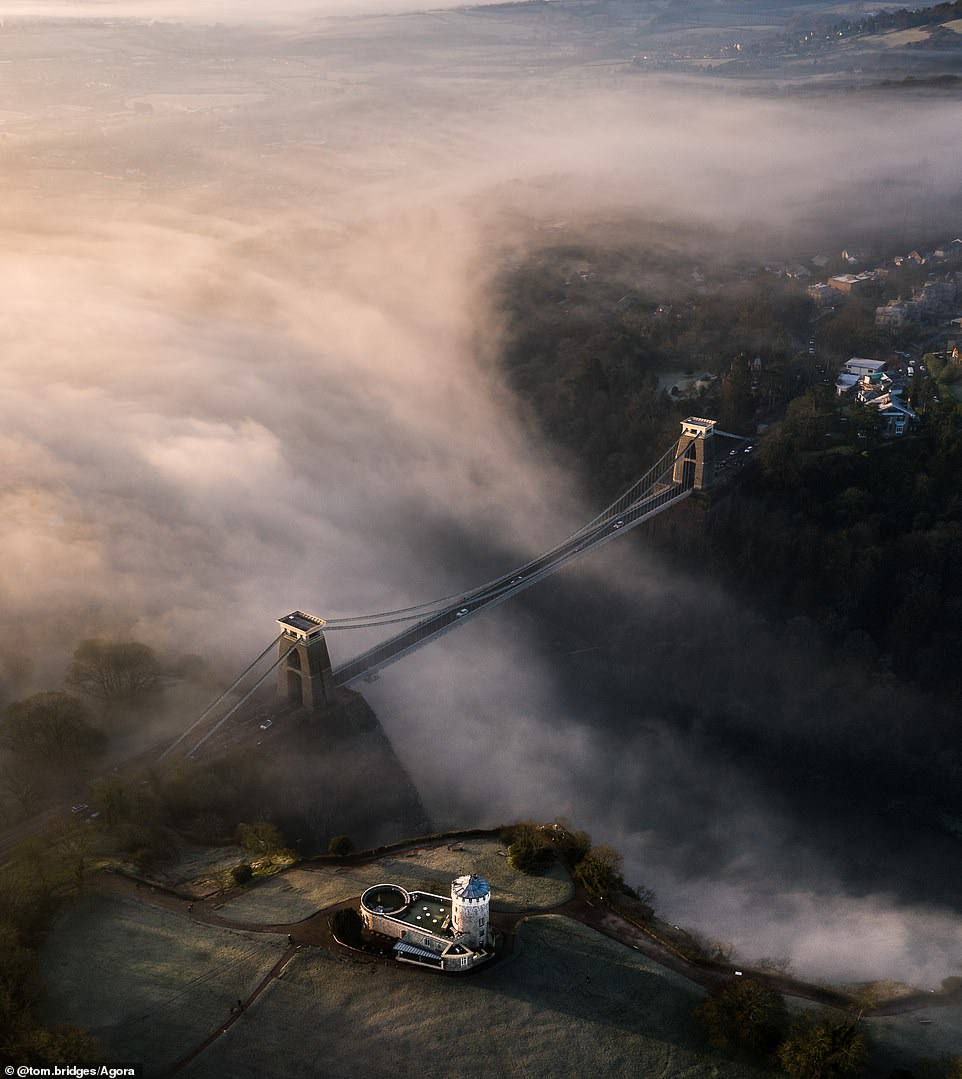 British snapper @tom.bridges took this atmospheric aerial shot of the Clifton Suspension Bridge in Bristol, and explained: ‘Once or twice a year the weather conditions produce this amazing scene of the fog passing under the suspension bridge. I’ve lived next to this bridge for two years, but I never managed to capture the image. Within a month from moving house, and living over an hour away, the conditions looked to align. So I traveled down three days in a row and on the final day managed to get it!’

The iconic Flat Iron building in New York has beguiled photographers for decades, and here Norwegian @øystein went for an atmospheric black-and-white look