As usual, Taylor Swift's surprise new album, Folklore, immediately had everyone talking and dissecting each lyric. However, one of Swift's songs had nothing to do with Swift's typical subjects (i.e. a former lover or the name of Blake Lively and Ryan Reynolds' third baby).

Instead, "The Last Great American Dynasty" tells the unbelievable true story of Rebekah Harkness, the controversial socialite who used to live in the pop star's Rhode Island mansion.

In a nutshell, Swift purchased Harkness' former home—nicknamed the "Holiday House"—for about $17 million back in 2013, per Business Insider, becoming the location she frequently held Fourth of July parties with famous friends like Lively and Gigi Hadid from 2013 to 2016.

So who exactly is Rebekah Harkness and why did she inspire Swift's latest track? Ahead of the album release, the singer said "she found [herself] not only writing [her] own stories, but also writing about or from the perspective of people [she's] never met." One story, in particular, revolves around Harkness' eccentric lifestyle and the woman Swift described as "a misfit widow getting gleeful revenge on the town that cast her out."

https://www.instagram.com/p/CDAsU8BDzLt” data-instgrm-version=”8″>According to the Washington Post, Harkness was a divorcée who married Standard Oil heir William Hale Harkness in 1947. After her husband died in 1954, she inherited the mansion and became known for throwing over-the-top parties. As a result, she was a target of harsh criticism from the gossip tabloids and people in her circle—something Swift can relate to.

On the track, Swift details Harkness' antics, which were confirmed by The New York Times, including how she "filled the pool with champagne" and dyed her neighbor's pet "key lime green" all while having a "marvelous time ruining everything." 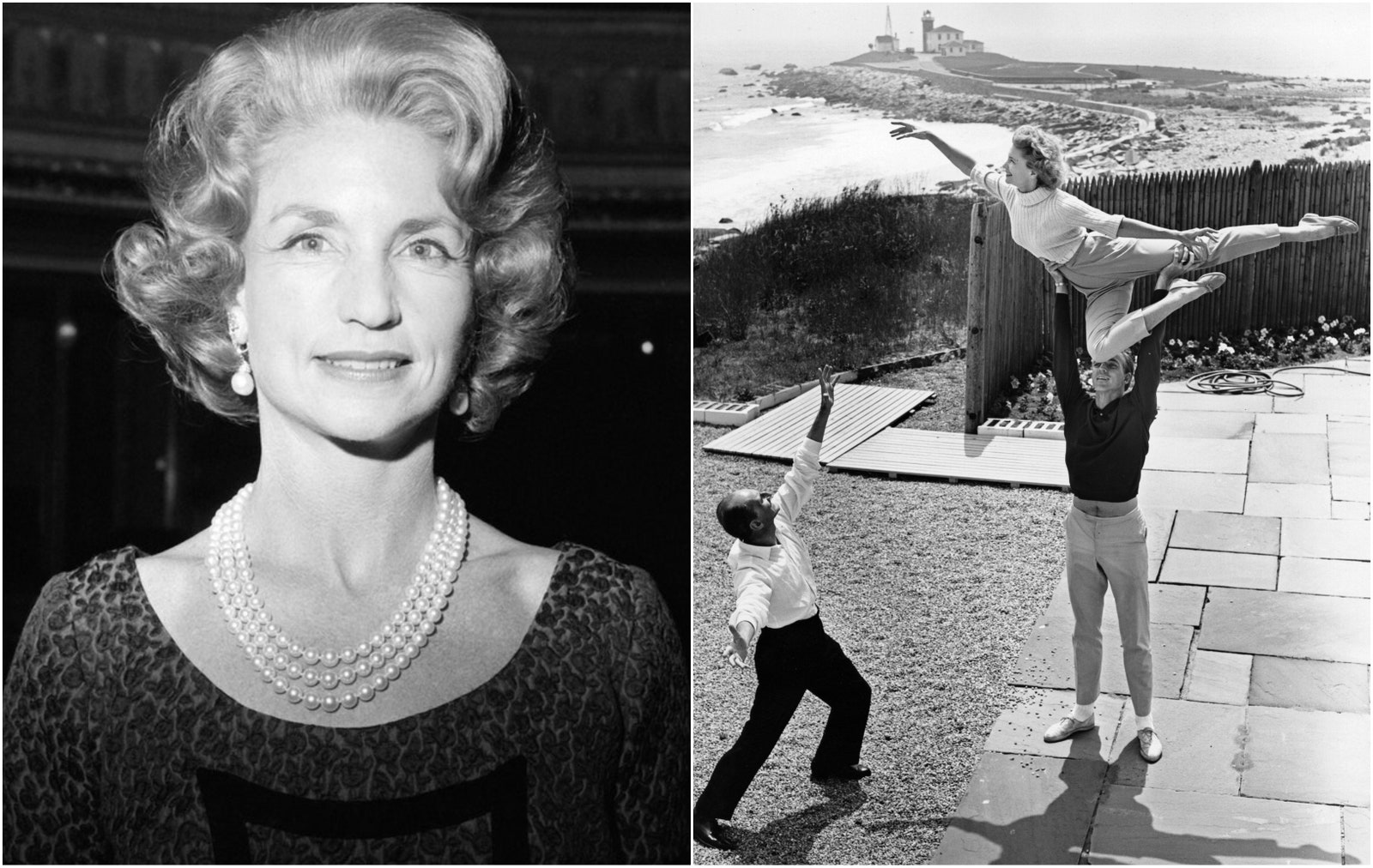 Swift also reflects on how the town perceived Harkness during this time, writing, "And they said, 'there goes the last great American dynasty. Who knows, if she never showed up, what could've been. There goes the maddest woman this town has ever seen. She had a marvelous time ruining everything.'"

Based on the lyrics for “The Last Great American Dynasty,” it's clear that Taylor Swift feels a connection to Harkness. By the end of the song, she draws a parallel to herself by switching it to the first person. “Who knows, if I never showed up, what could've been,” she wrote. "There goes the loudest woman this town has ever seen. I had a marvelous time ruining everything."