Home » Lifestyle » The U.S. Should Pass a Miscarriage Bereavement Bill Like New Zealand's

The U.S. Should Pass a Miscarriage Bereavement Bill Like New Zealand's

In a huge step forward for parents and parents-to-be, New Zealand’s parliament has unanimously passed a monumental Bereavement Leave for Miscarriage Bill legislating three days off from work at full pay for women and their partners after a pregnancy loss. 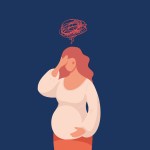 
I Was a Suicidal Pregnant Mom, & I Think Meghan Markle Was Incredibly Brave

Politician Ginny Andersen, who proposed the bill, praised New Zealand on Wednesday for this groundbreaking legislation. “The bill will give women and their partners time to come to terms with their loss without having to tap into sick leave. Because their grief is not a sickness. It is a loss. And loss takes time,” Andersen told local network TVNZ in a statement.

While three days is of course not long enough to grieve the loss of a baby, it is at least a step in the right direction, and one that we hope the United States will take note of and follow. (Ideally, they should even expand on those three days and give parents all the time they need.)

“I hope this bill will go some way in recognizing the need for time and space to deal with the imaginable grief that comes with losing a pregnancy,” Anderson said in the statement, noting that one in four pregnancies ends in miscarriage (according to some estimates). The New Zealand legislation includes parents planning to have a child through adoption or surrogacy.

“This is a both a real and symbolic recognition that miscarriage can be a grave bereavement for a woman and her partner,” Julia Bueno, a London-based psychotherapist who specializes in pregnancy loss, told TODAY Parents. I hope other legislatures take note and build on this long overdue response to an otherwise disenfranchised experience.”

In the United States, the federal Family and Medical Leave Act includes both pregnancy and miscarriage as a serious medical condition, thus qualifying for up to 12 weeks of leave, but that does not mean paid leave. And while many states have begun to implement paid family leave laws for pregnancy, they do not include miscarriage or stillbirth. Reddit, one of the few U.S. employers with paid miscarriage leave, offers eight and a half weeks of fully paid leave for anyone who goes through a pregnancy loss — father or mother.

One Washington, D.C., teacher who has been denied paid family leave following her daughter’s stillbirth shared her story in January to help bring attention to this issue. “DC government policy is essentially punishing me for not walking out of GW Hospital with my daughter, Aaliyah,” third-grade teacher Elizabeth O’Donnell, who has been teaching with DC Public Schools for seven years, wrote in an Instagram post. “Eight weeks postpartum recovery should be covered as paid family leave whether or not your child enters this world with a breath. No woman should have to relive this trauma all over again the way I am. It’s absolutely disgusting.”

These famous parents have been open about suffering miscarriages.