Somewhere along the way (oh, maybe the 1600s?), witches got a bad rap. Instead of being associated with nature and enchanting mystical mythology, people started thinking they were evil. Whatever. All it took was the magic of Harry Potter to put witches, warlocks, and wizards back into the public’s good graces — and thank goodness, because a little magic might just make your baby name search easier.

Actually, right around the same time that our favorite young wizard made his debut, Charmed‘s Halliwell sisters flew onto the scene, and well before that, the Sanderson sisters of Hocus Pocus captured our witchy hearts. Frankly, pop culture is rife with witch and wizard shows and references, and we’re here for it.

From Arthurian legend and Greek mythology to Disney movies and Tolkien, we’ve sourced a ton of awesome witchy names. Whether you’re into magic and sorcery or just like beautiful names from pop culture, we bet that at least one of these magical names for babies will leave you spellbound.

Pop culture loves witches — we’re looking at you, Halliwell sisters and Sanderson sisters! — and these witchy names are gorgeous. Plus, a lot of them have historical legend behind them. They all work as first names, but they also make for beautiful, quirky middle names too.

These unique warlock and wizard names carry a lot of history behind them. Not only do they sound powerful, but the names also represent strong characters and mythological figures. 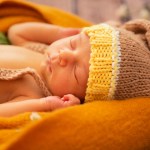 A version of this article was originally published June 2013.

Before you go, check out our favorite unique celebrity baby names: