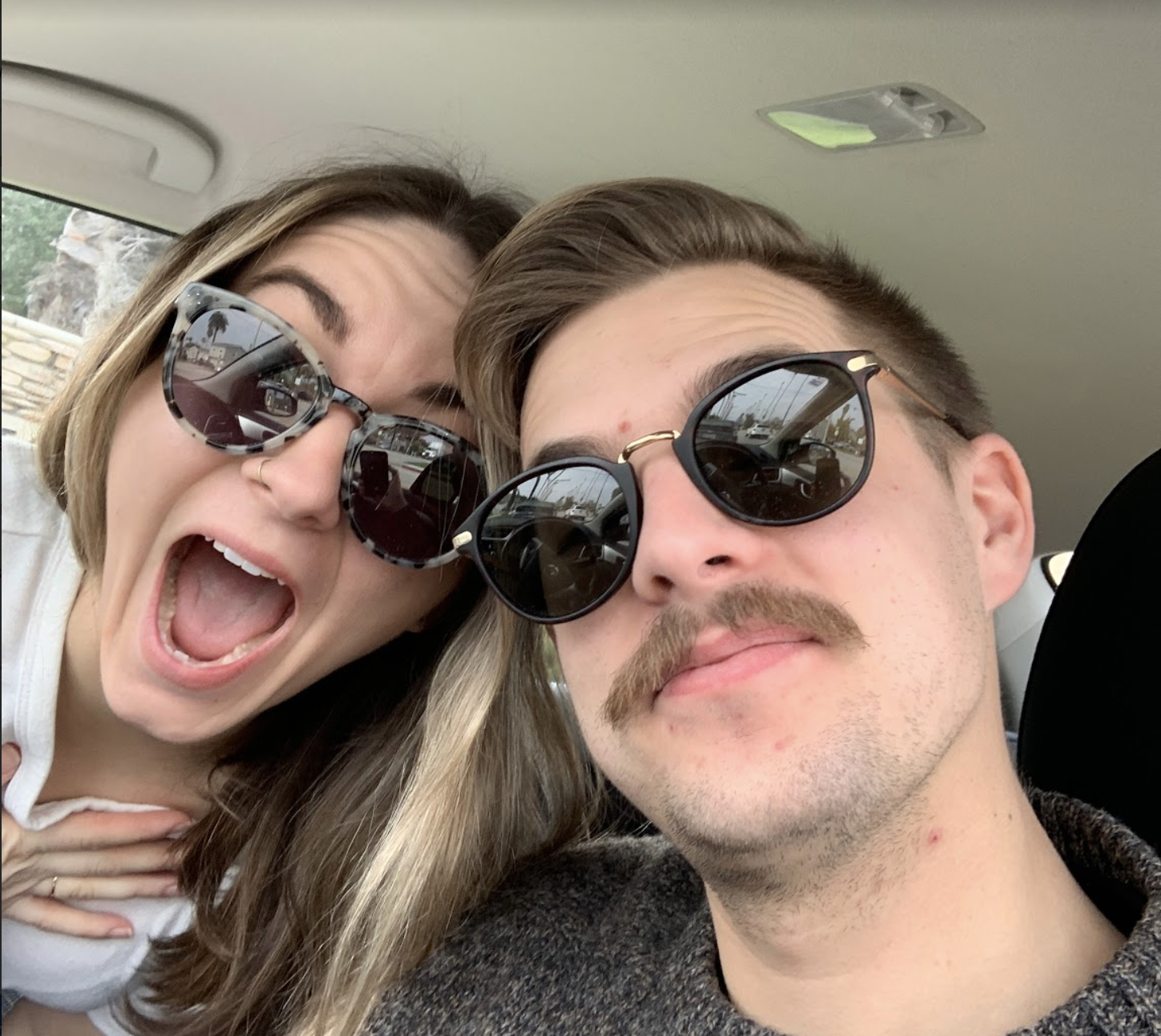 The only way this engaged couple can see each other right now is six feet apart, an international border between them.

Savannah Koop, 25, lives in Abbotsford, BC, and her fiance, 26-year-old Ryan Hamilton lives in Bellingham, Washington. Living in border cities, it’s not unusual for dating apps to match you with suitors across the border, and that’s what happened to them.

“Dating apps in our area just have a large radius for who you can match with and most people here end up matching with someone up in Canada,” Hamilton told BuzzFeed News.

It’s also not unusual for people in these communities to cross the border often, whether for work or errands, or in this case, dates. 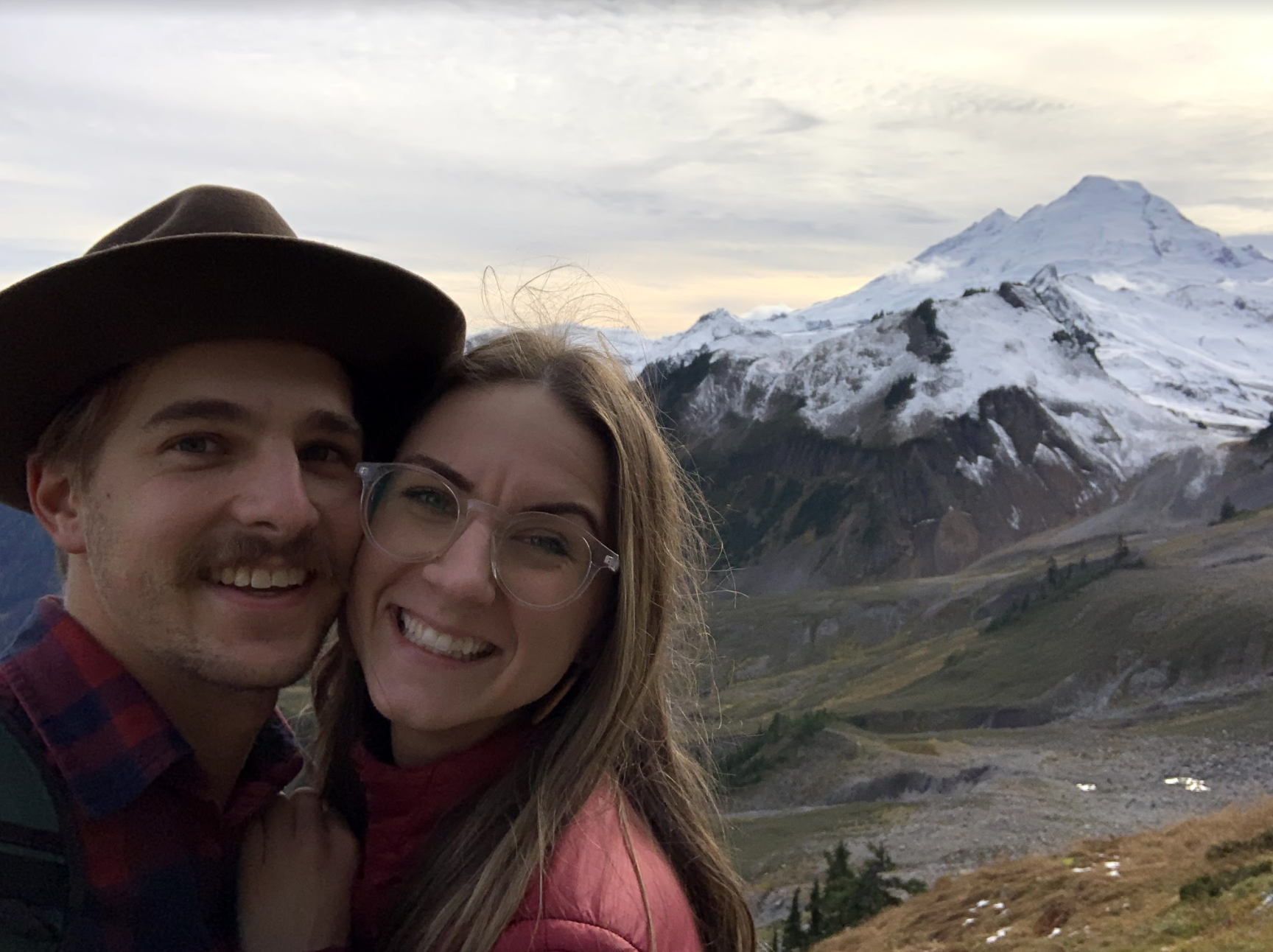 That was last July and the pair quickly fell in love and started looking at rings last winter. On March 1, Hamilton popped the question and they started planning a quick and simple wedding with support from family and friends. They even had upcoming plans for a trip to Europe for their honeymoon.

“It kind of, it seemed like, the perfect storm, we just didn’t really understand how much of a storm it would end up being,” said Hamilton.

The wedding was supposed to be on May 8 but like so many life events, the novel coronavirus pandemic forced them to postpone.

“When they announced that the border would be closed for another 30 days we realized we wouldn’t be able to have the wedding,” said Koop.

But the border closure created another problem — Koop and Hamilton, who still live in their respective countries, could no longer see each other.

“You can’t cross the border if you don’t have any essential purpose,” explained Koop. That means you need to be someone like a doctor or nurse, or in need of a prescription you can’t get at home. Weddings and seeing your fiance don’t count (they checked).

So Koop came up with an idea — they’d just have dates at the border. 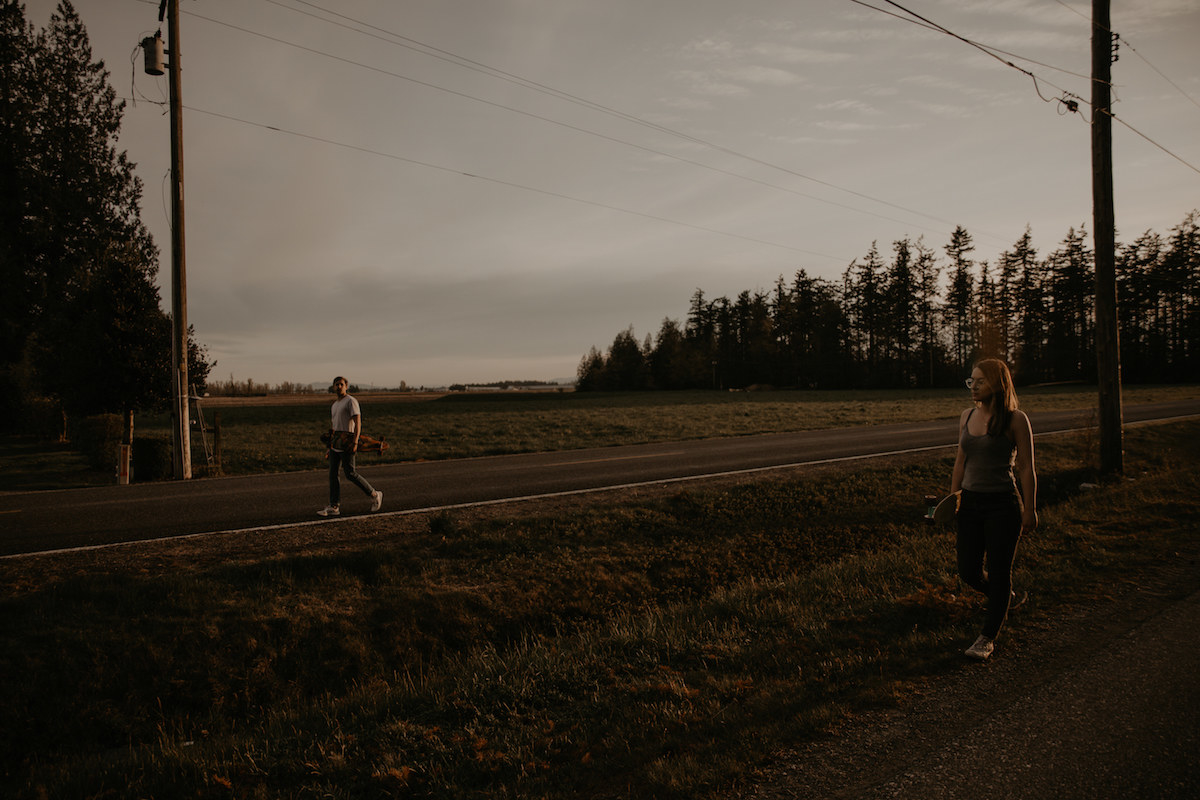 Along the route between their places are parallel roads that run along the border, one road on either side, with no walls or fences in between. That might sound weird, but Canada and the US have the longest undefended border in the world.

“But it’s basically just a ditch in between, there’s areas where it’s like a land bridge in between,” said Koop.

“Obviously there’s a lot of trust there that Americans and Canadians are going to respect the border line.”

And so, they’ve started having evening dates, able to get within six feet of each other. Koop will often bring a lawn chair and Hamilton will bring a blanket to sit on, plus some snacks and coffee. Sometimes they have to yell over the sound of traffic. But they make it work. 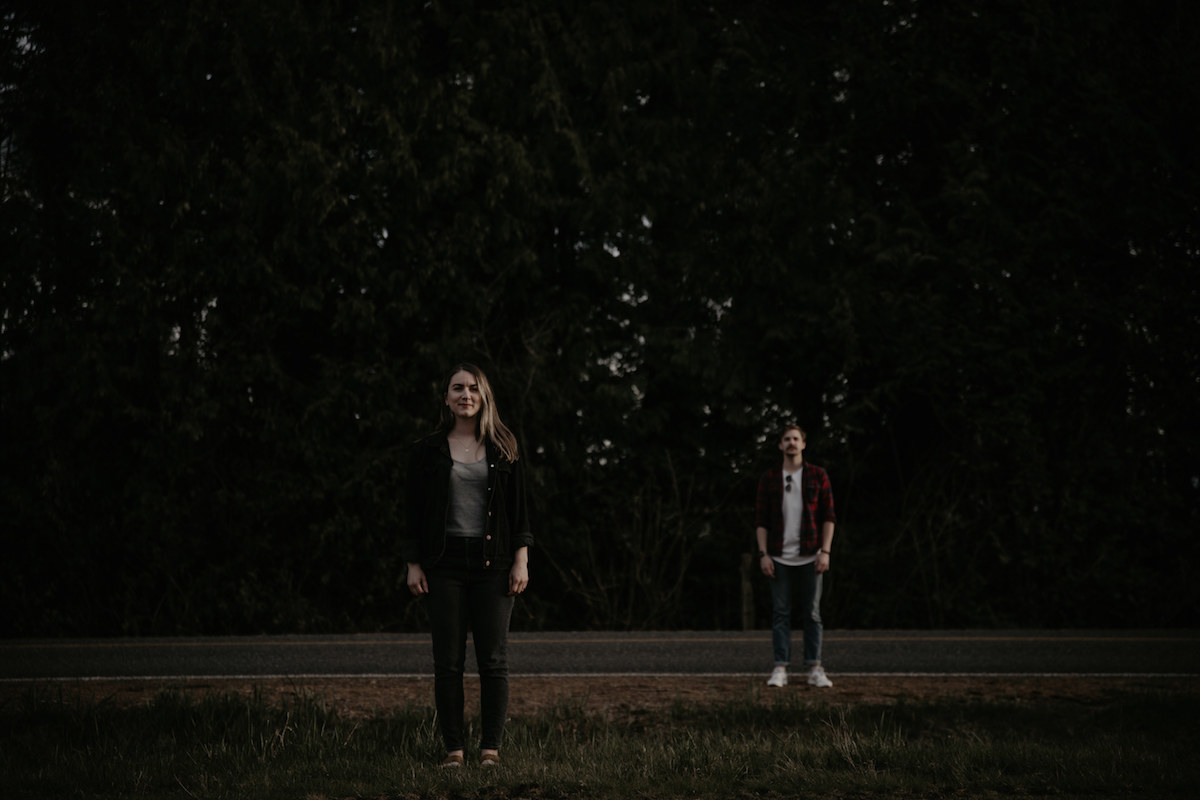 They’re not alone, either. There are plenty of cameras and border officers from both sides on patrol. The officers will often wave them over and ask what they’re doing.

“I’m sure some of them are quite familiar with us, they just wave and drive by,” said Koop. “We’ve had dates before where they just sit there and watch the entire time.”

“We’ve tried to make it fun and exciting but it’s a weird thing to work around,” said Hamilton.

Koop posted a TikTok about their situation, which has more than 400,000 views.

We were supposed to get married in two weeks. But are separated. #fyp #fiance #togetherbutapart

Koop just posted it for fun and was surprised to see the views add up. Some people even commented that they’d seen the couple at their date spot, or photos of them posted by other people.

“This is Notebook worthy ❤️?,” wrote one person.

There’s even a TikTok from someone else who spotted them on a date.

While being able to see each other at all is a blessing, it’s still hard to be so close but so far.

“To be able to hold Ryan’s hand again would make me so happy,” said Koop.

“We know so many people are in more dire situations, so we’re so grateful we live in area where we can see each other in real life. But it’s hard because it’s a bit of a tease and you still have to say goodbye.”