Home » Lifestyle » This Toxic Dad's Behavior Sucks, Even If He Faked It for TikTok

This Toxic Dad's Behavior Sucks, Even If He Faked It for TikTok

Listen, we are not saints when it comes to raising our kids. And now that we’re spending every waking, and sleeping, hour with them, we are bound to lose our temper once in a while. But two videos a dad posted to TikTok this week shocked us with his display of toxic parenting, and it is not OK — even though he says it was all fake.

“I’m sick of you guys never doing chores around the house,” Brian Wells, a.k.a. @countrydad12 on TikTok, says in one video, addressing his kids while holding a hammer. “I’m getting rid of all your electronics. I’m sick of it.”

“Oh, my God. Dad!” one kid yells, as his dad smashes phones and iPads with the hammer.

The next video, which is the one that went viral, shows him entering a bedroom with a bat in hand.

“Nothing! Your chores! What the crap?” the dad say, before smashing the bat into a TV. “You’re going to buy yourself a new TV by doing chores. You’re going to work it off.”

He then proceeds to bash their video game remotes too.

Now, if you watch the second video first — which most of us did after someone posted it to Twitter — it’s a bit more believable. We can totally imagine that a dad who lets his kids store their toy guns on the wall like a freaking militia arsenal would behave in this manner. And much of the internet responded with outrage.

“I was raised exactly like this and let me tell you… all it did… was teach me exactly the dad I don’t want to be,” @leviswatts wrote on TikTok.

“Parent: models destructive behavior to child as a punishment. Child when they get older: becomes violent and destructive to future family,” @mountain_mama93 added on TikTok.

“If you think this is fine, don’t be surprised when your kids cut off contact with you the moment they’re financially independent,” @rollersk8er replied. “Abusing your kids (and yes, smashing your child’s property for disobeying you is abuse) pays ill dividends.”

At the same time, there were plenty of viewers who applauded this style of discipline.

“I respect the parenting, kids gotta know not to take things for granted!” wrote a TikTok user with an unprintable name.

“This is the best father out there!” @richmacie82 wrote.

If you watch the first video first, you might not have such a visceral reaction — the gadgets look suspiciously outdated, and the kids aren’t exactly the best actors. (Also, who is filming?)

Still, after the second video went viral, he posted two follow-up videos explaining that the previous clips were fake skits for TikTok.

“We were throwing away toys that were not usable,” he said. “Those PlayStation remotes didn’t even work. They won’t charge. The TV only sticks on one channel, so they want to get a new one. … Hope y’all treat your kids good because I am.”

Another video showed them playing video games in the living room on a much larger screen with a PlayStation 4.

So, OK, that’s good for them, I guess. But what about all the viewers who supported his measures when they thought it was real? Even if it’s not how Wells treats his kids, this can set a terrible example for those who viewed it out of context.

We could also see how victims of abuse would be triggered by watching Wells threatening his kids with the bat. Some parents do act like this, and they harm more than a malfunctioning TV.

Also, this whole thing is rather tone deaf in the context of what’s going on in the world right now. People are wondering how to feed their families. Children can’t access their online schools because they have no internet. Even if the TV, phones, and remotes weren’t working, they can be sent to electronics recycling centers to be refurbished to resell or donate to those in need, or used for materials. According to Time, there were 50 million tons of electronic waste generated last year, leading to toxic chemicals like mercury winding up in the waste stream. What’s more, it’s easier on the environment to recycle materials from old electronics than to mine for new metals.

The bottom like is, maybe bored dads on TikTok should stick to making dancing videos.

Instead of resorting to violence, lure your kids away from their screens with these toys. 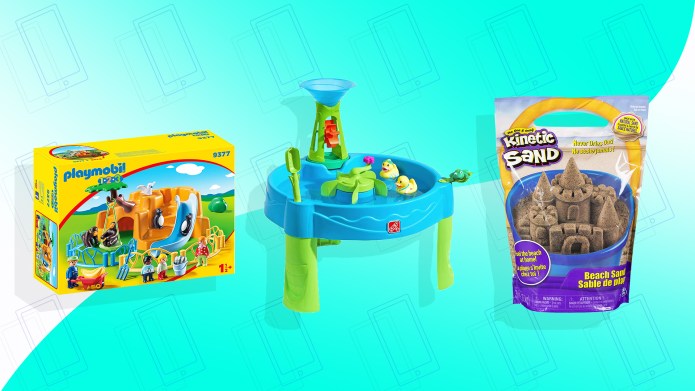 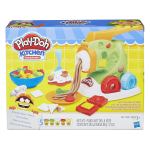 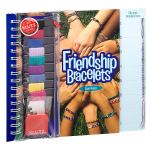 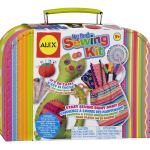 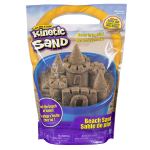