Home » Lifestyle » Tiffany Haddish Gets Closer to Her Goal of Adoption

Tiffany Haddish Gets Closer to Her Goal of Adoption

Tiffany Haddish has spoken before about her experience as a foster child, and how it has influenced her desire to adopt when it comes time to grow her family. Based on a recent interview with E! News’ Daily Pop, it sounds like that time may be coming soon. The Kids Say the Darndest Things host, who is currently dating rapper and actor Common, has taken one big first step. 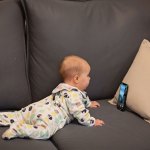 “I’m taking parenting classes now to adopt,” Haddish told Sylvester. “I’m looking at [ages] 5 and up, really like 7.” The comedian then joked that she was looking at that age range because she wanted any child she adopted to be a little more self-sufficient.

“I want them to be able to know how to use the restroom on their own, and talk,” she said before striking a serious tone. “I want them to know that I put in the work, and I wanted them.”

In her 2019 memoir, The Last Black Unicorn, Haddish wrote about her time in foster care. She also discussed it during an interview with David Letterman on his Netflix show, My Next Guest Needs No Introduction With David Letterman. When Haddish was just 9 years old, her mother was in a terrible car accident that left her with a brain injury that required her to re-learn basic tasks. Since Haddish was the oldest of five, she found herself filling the role of mother to her siblings.

By the time she was 12, the five children were removed from the home and placed into foster care, according to The Hollywood Reporter. “You’re dropped in these strangers’ houses, you don’t know these people, these people don’t know you, you don’t know if they’re gonna hurt you, if they’re gonna be kind, you don’t have a clue what’s going on,” she told Letterman, which is perhaps the real reason the star wants to pull an older child out of the system, because she can relate with the feelings of being shuffled around and afraid.

Though we don’t expect to see Haddish baring a baby bump anytime soon, in the her E! interview, the Night School host joked that there may be biological offspring of hers out in the world.

“Here’s something everybody don’t know, I’m going to tell you,” she laughed. “When I was 21, I was really hard up with money and gave up a bunch of eggs. So who knows? I might got some kids out in these streets. I doubt it, though, because I never got the bonus.”

We don’t know exactly where Haddish is in the process of adopting, but we know that she’s closer than she was before she began taking these parenting classes. We wish the funny lady the best of luck on her journey to become a parent. We’re sure her home will be one that’s full of laughter, which is the perfect place to raise a family.

These celebrity moms may use weed to help them with that daily juggle.