Breaking their silence. Todd and Julie Chrisley reacted to being sentenced to multiple years in federal prison — and several months of probation — following their fraud conviction.

Todd and Julie Chrisley’s Tax Fraud Case: Everything to Know

“Age is just a number, and since we don’t know our death date, we have to live every day as if it’s our last,” Julie, 49, said during the Wednesday, November 30, episode of the “Chrisley Confessions” podcast, reading a quote by author Priscilla Shirer.

The Chrisley Knows Best patriarch, 53, echoed his spouse’s sentiments. “Yesterday doesn’t matter. Today is what we have. Tomorrow belongs to God, because we’re not promised tomorrow,” he said on Wednesday. “What God calls us through, he will walk us through.”

The married couple, who wed in 1996, have relied on their faith since their sentencing. “God will call you to do something, and he’ll equip you to do it. He’ll give you what you need to do it,” Julie said during the episode. “The difficulties I’m going through, how I handle it — [my kids are] watching that as well. If I handle it right, they’re watching, if I screw it up, they’re watching, and so, for me as a parent, I want to try to make sure that I do it right more than I do it wrong, because I know they’re watching, and I know it will prepare them for difficulties, unfortunately, that they will have later in life.”

Todd — who shares son Chase, 26, daughter Savannah, 25, and son Grayson, 16, with Julie — was sentenced on Monday, November 21, to 12 years in prison, according to multiple reports. His wife, 49, was sentenced by Judge Eleanor Ross to seven years. The couple will also have to serve 16 months of probation for their crimes.

The Chrisley Knows Best stars were initially charged with several counts of bank and wire fraud, tax evasion and conspiracy, in 2019, after allegedly exaggerating their earnings to banks in order to borrow more than $30 million. 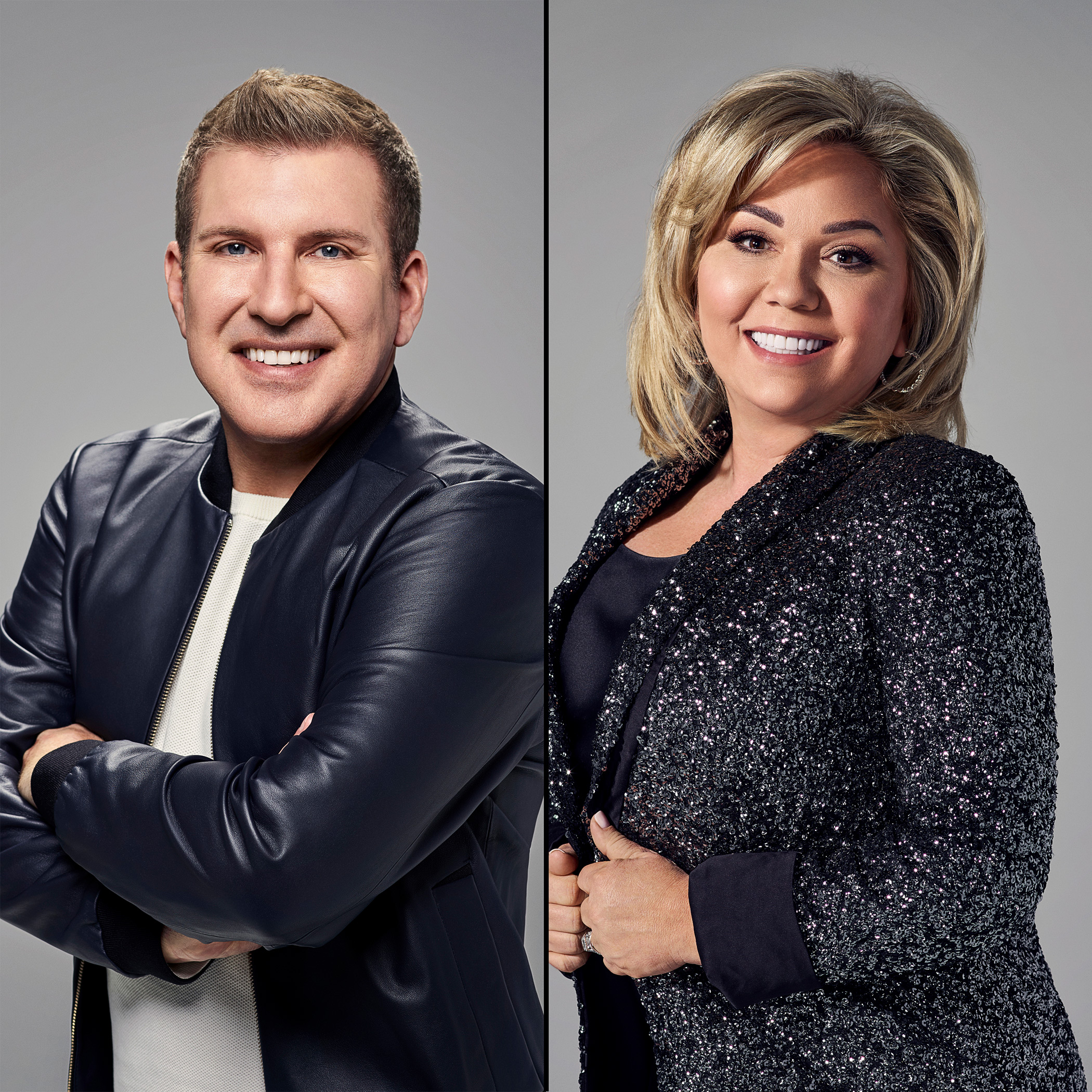 The duo, however, pleaded not guilty to all charges at the time, claiming that their former employee Mark Braddock committed the crimes behind the their back by impersonating Todd after he was fired in 2012.

Additionally, Julie was charged with one count of wire fraud and one count of obstruction of justice after being accused of creating a fake credit report and false bank statements to rent a home. (Tarantino was sentenced on Monday to 36 months in prison.)

The USA Network personalities, who tied the knot in 1996, filed a motion in September to push back their initial October sentencing date to November 21, which was later granted.

Ahead of their sentencing, ABC News reported that Todd faced up to 22 years in prison for his part in the alleged scandal. Julie, meanwhile, was looking at a maximum sentence of 12 and a half years.

Earlier this month, the reality TV stars experienced another scare when their son Grayson was involved in a car accident in Nashville.

The 16-year-old totaled his car while driving on the I-65 in Tennessee around 5:30 p.m. on November 12, according to TMZ. Grayson was transported to the hospital to be treated for his injuries after rear-ending a truck that was stopped in “standstill traffic,” per the outlet. He reportedly suffered a potential head injury as he was not able to tell the police what occurred during the accident.

News of the accident broke on Monday, just hours before Grayson’s parents learned their fates in the ongoing tax evasion and fraud case.

Todd is also the father of daughter Lindsie, 33, and son Kyle, 31, whom he shares with ex-wife Teresa Terry.