TOTTENHAM and Leyton Orient don't expect to discover before tomorrow morning if their Carabao Cup clash will go ahead after the League Two club were hit by a Covid-19 outbreak.

Several first-team players tested positive for the virus today leading to their training ground and stadium being closed down while experts investigate the sudden spike. 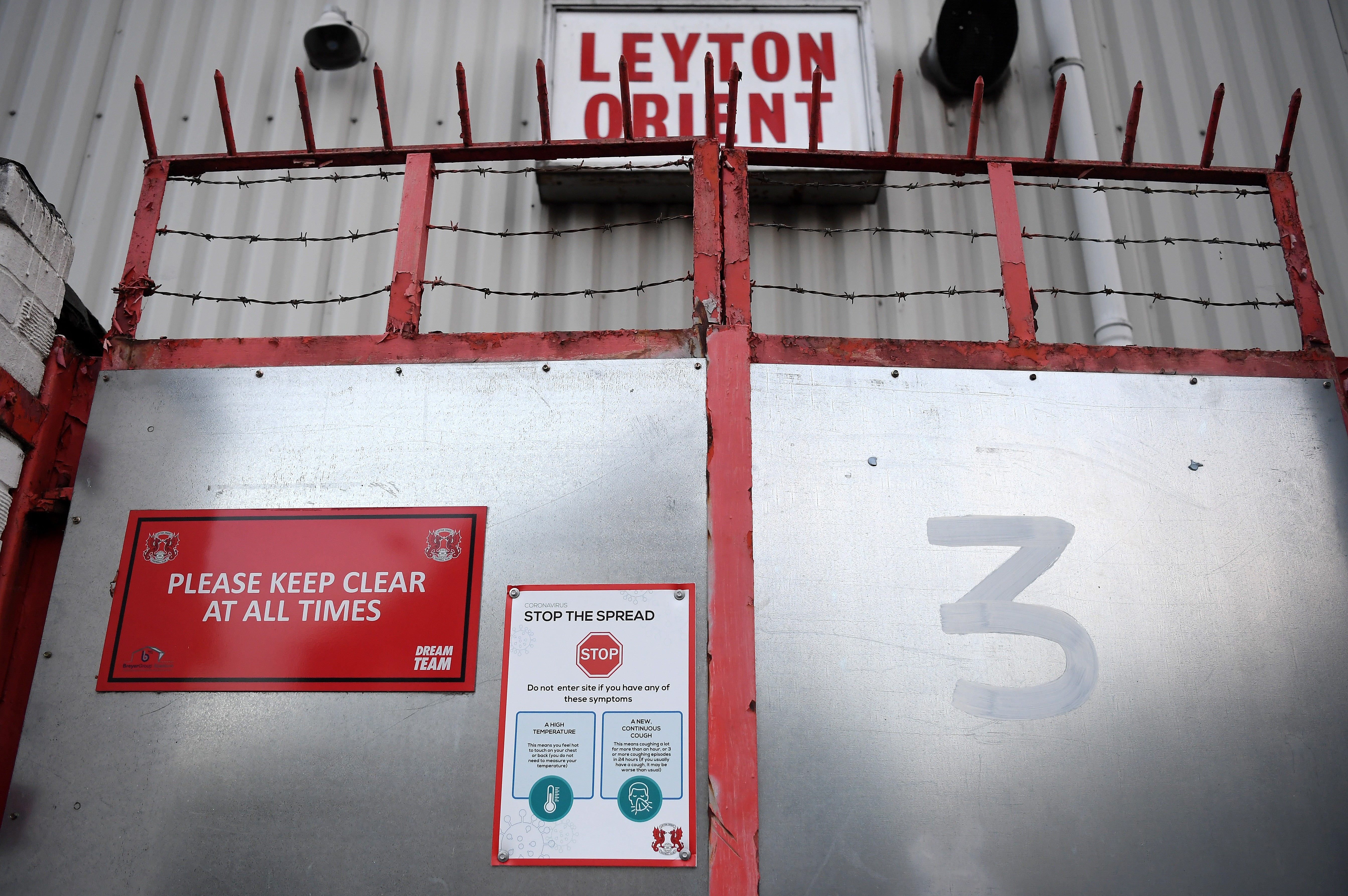 Orient are desperate to stage the match at their Breyer Group Stadium and have suggested fielding a virtual youth team against Jose Mourinho's side because the youngsters have not been in contact with their senior squad.

They risk missing out on £100,000 vital to their financial future if the game due to be televised on Sky Sports is cancelled.

But the ultimate decision rests with Public Health England who will rule whether it is safe enough to play the game amid a growth in coronavirus cases across the UK.

Health specialists have to determine if the outbreak is serious enough to order Orient's ground and training ground to be deep cleaned and order all staff into quarantine.

And they must also weigh up the risk of Orient players and staff unwittingly spreading the virus on to the Tottenham players if the game is played.

The EFL have been working with the clubs in an effort to find a resolution, with Spurs showing their support for their London neighbours.

But it is understood there are fears privately within Spurs about exposing themselves to risk of infection and putting their future matches in the Europa League and Premier League at risk.

With zero space left in an already congested fixture programme there are no possible dates for the match to be rescheduled.

So if PHE rule the game cannot be played, Orient will have to forfeit the tie and Spurs will be awarded a walkover to take their place in round four.

The shock development vindicated Tottenham's decision to stump up the £5,000 needed to pay for the Orient squad to undergo Covid-19 tests at the weekend.

EFL regulations have been relaxed this season which mean clubs only had to test on their return to pre-season training and again half way through the campaign.

That is different from the Premier League where clubs are routinely made to undergo twice-weekly tests.

Should the game be called off it would be the first match to fall victim to Covid-19 since the game returned from lockdown.

The increase nationally of the virus is a major concern for the sport, which is still muddling through without crowds and now looks like being denied the chance to let fans in for a while longer.

And the news came on the same day the Premier League revealed the latest round of testing reported three positive results – one of them being Manchester City star Ilkay Gundogan.

Meanwhile Plymouth and Mansfield have both ordered their squads and staff to undergo tests after playing Leyton Orient over the past week.

Disney+ has added stronger disclaimers about racist stereotypes in several of the animated Disney classics. According to reports, viewers who watch titles such as Peter Pan, Dumbo, The Aristocrats and Aladdin on the streaming platform will be informed that the movie includes scenes that feature “negative depictions” and “mistreatment of people or cultures.” The unskippable 12-second disclaimer also reads, “These […]

END_OF_DOCUMENT_TOKEN_TO_BE_REPLACED

What if I can't pay the bill to remove cladding on my block of flats?

I live in a block of flats with dangerous cladding and can’t afford the potential £40,000 bill to get it removed, what can I do? Failing to pay your mortgage will affect your ability to borrow money in future Speak to your lender to discuss your options and avoid the risk of repossession I live in a leasehold flat with […]

END_OF_DOCUMENT_TOKEN_TO_BE_REPLACED

The importance of adoption cannot be overstated – it can change the very course of a child’s life, as well as making parents out of willing adults. This is why Metro.co.uk have shone a spotlight on all things to do with adoption for our inaugural Adoption Month. Charity Family Lives states that, in the UK, there are around 6,000 children […]

END_OF_DOCUMENT_TOKEN_TO_BE_REPLACED

END_OF_DOCUMENT_TOKEN_TO_BE_REPLACED
This website uses cookies to improve your user experience and to provide you with advertisements that are relevant to your interests. By continuing to browse the site you are agreeing to our use of cookies.Ok