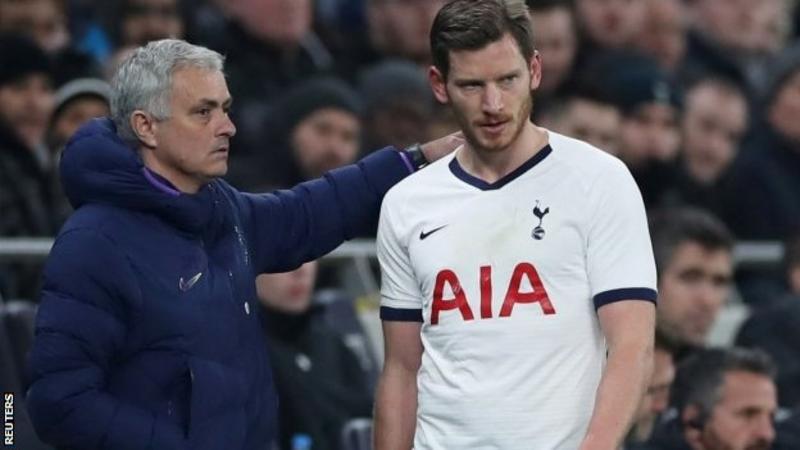 Tottenham defender Jan Vertonghen believes he would be in a stronger position for a transfer as a free agent during the coronavirus pandemic.

“Many clubs don’t have the money to do transfers,” he said. “Transfer-free players like me are even more coveted in the coronavirus crisis.

“The Spanish and Italian leagues are obvious but I’ll keep options open.”

Doubts still remain about what will happen if the Premier League season extends beyond 30 June but Vertonghen, whose team were eighth – four points behind fifth-placed Manchester United – when the Premier League was suspended, said: “Since January, a number of clubs have come forward with serious proposals.

“I want to sign with the right club. It could be Spurs, or another club,” he told Belgian TV channel Play Sports.

“I really want to continue at top level for a few more years and I would like to play European football next season.”

Vertonghen admitted being apprehensive by some of the measures suggested for finishing the current campaign and added: “They will do everything to finish the competition and people are even considering quarantining the players, coaches and referees for five weeks.

“So a kind of mini-World Cup. That would be dramatic for a family man like me. But we players have little say about that. Money talks.”