Tuscany brings back 'wine windows' used during the plague 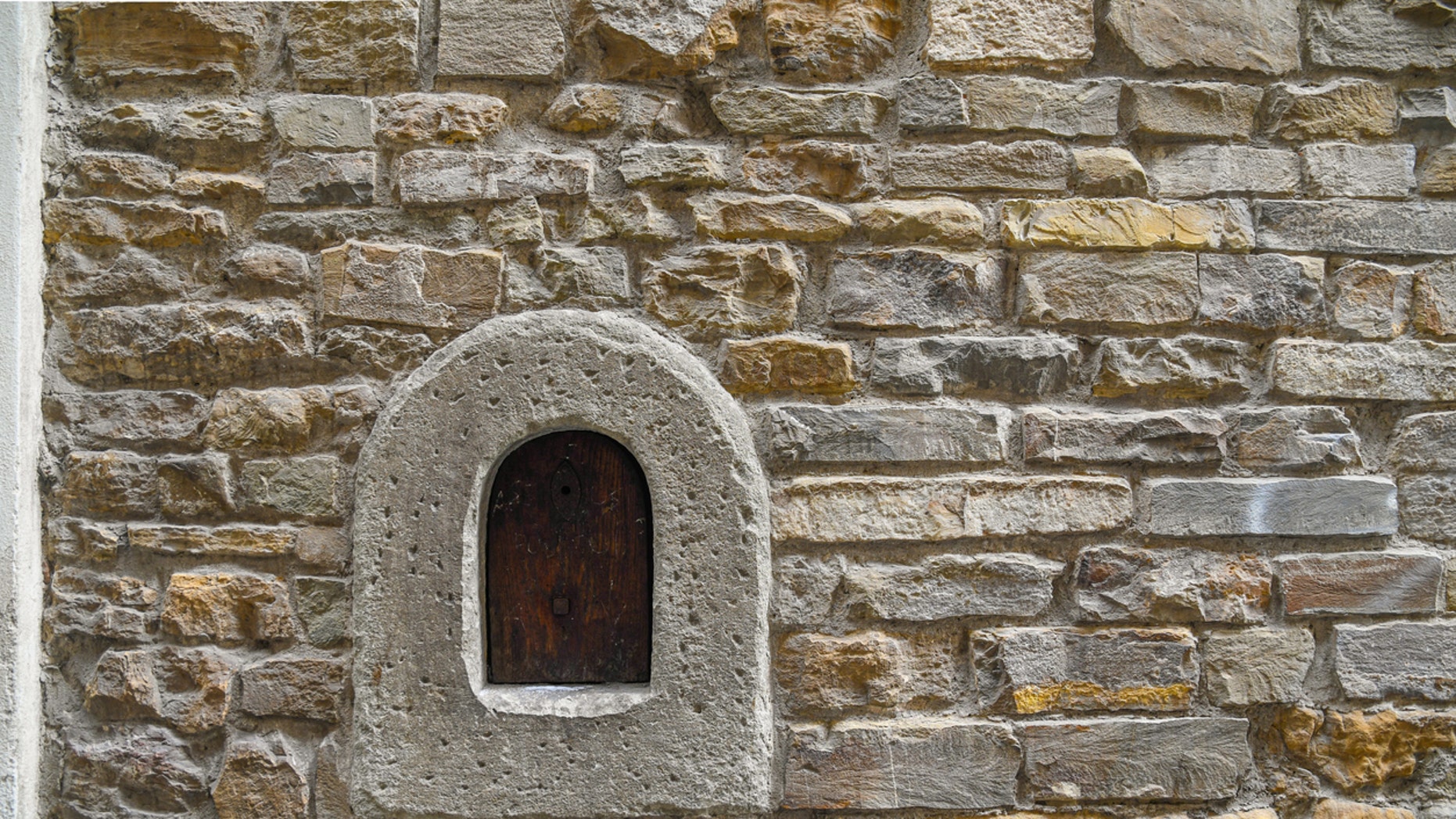 Wine windows are just as they sound: pint-size hatches, carved into the concrete walls of urban wineries and shops, where beverage merchants would serve sips at a safe social distance.
(iStock)

It’s a quaint tradition — with a very dark history.

Centuries ago, the bubonic plague, otherwise known as the Black Death, swept through Europe, killing one-third of the continent’s population at the time. Originating in Asia, the disease made its way to Italy during the late Middle Ages, and spread north from there.

These days, we know just as well as medieval Italians that a stiff drink can go a long way to ease troubles during the global coronavirus pandemic.

Thus, the “wine windows,” or buchette del vino, of Tuscany. They are just as they sound: pint-size hatches, carved into the concrete walls of urban wineries and shops, where beverage merchants would serve sips at a safe social distance.

First introduced in the 1600s, their true purpose went untapped for centuries after the plague — that is, until a new one came along this year.

“Everyone is confined to home for two months and then the government permits a gradual reopening,” the Wine Window Association website reads. “During this time, some enterprising Florentine Wine Window owners have turned back the clock and are using their Wine Windows to dispense glasses of wine, cups of coffee, drinks, sandwiches and ice cream — all germ-free, contactless!”

Matteo Faglia, president of the Wine Window Association, told Insider, “People could knock on the little wooden shutters and have their bottles filled direct from the Antinori, Frescobaldi and Ricasoli families, who still produce some of Italy’s best-known wine today.”

More than 150 wine windows — some of which have since been permanently filled — within Florence’s walled city, and even more, dotted the Tuscan region.

“The wine windows gradually became defunct, and many wooden ones were permanently lost in the floods of 1966,” said Faglia, whose historical association has begun the process of mapping these forgotten, and sometimes vandalized, relics throughout Italy’s wine country, marking them with a plaque to designate their import and authenticity.

“We want to put a plaque by all the wine windows, as people tend to respect them more when they understand what they are and their history,” he said.

The Mediterranean country was hit hard by COVID-19, losing more than 35,000 of its residents, according to the World Health Organization. In spite of this tragedy, the world has witnessed the culture and camaraderie that likely helped the country through the medieval epidemic.

At the height of their national coronavirus outbreak, choruses of Italians could be heard singing in solidarity through open windows and on rooftops — with a glass of wine in hand all the while.