TYSON FURY believes Dillian Whyte “won’t get very far” in suing WBC over his mandatory title fight due to the coronavirus crisis.

The Body Snatcher has taken legal action against the WBC after the Gypsy King agreed to fight Anthony Joshua. 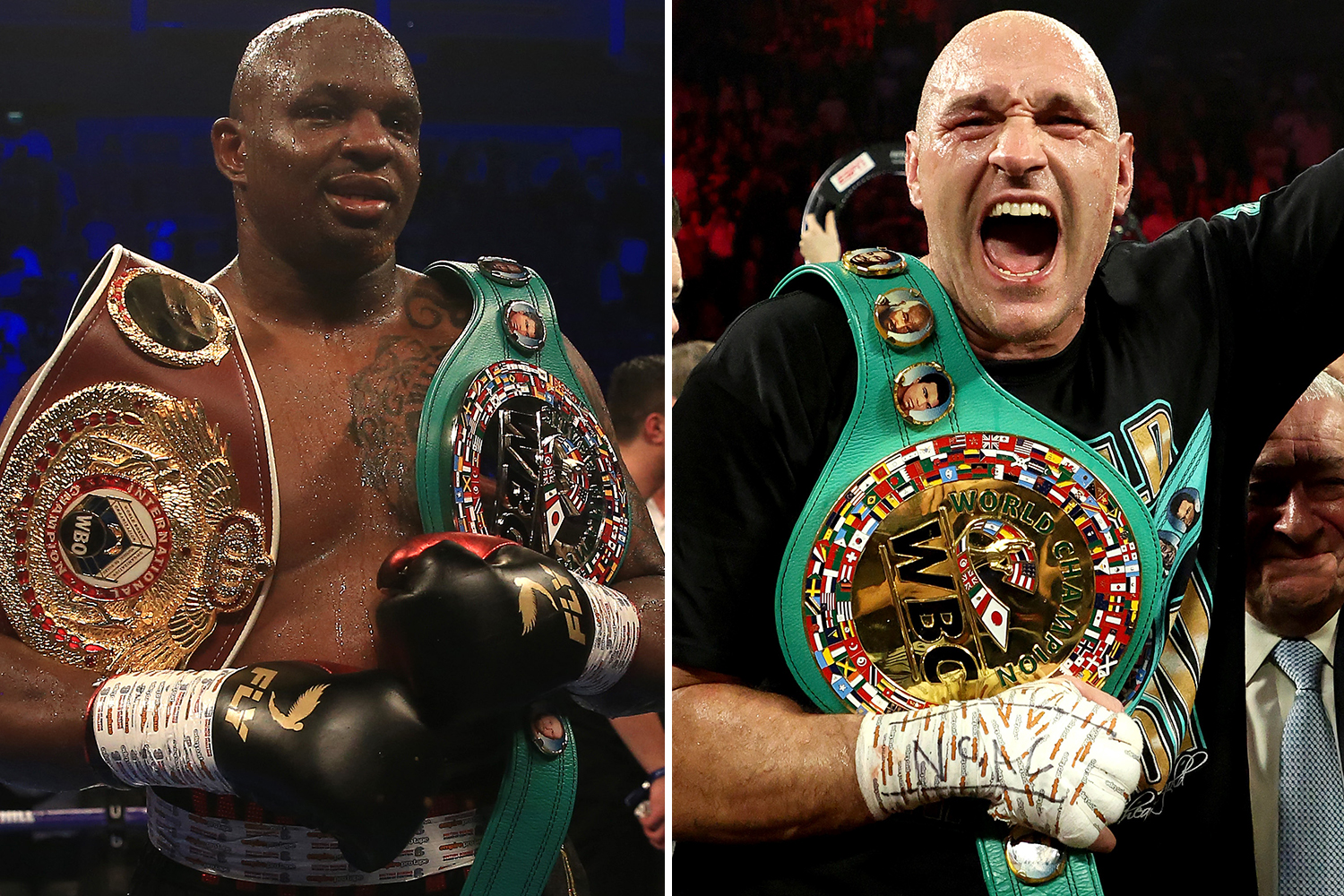 Fury, 31, is the current holder of the WBC heavyweight belt, with Whyte his mandatory challenger.

But ever since Fury won the title, beating Deontay Wilder in February, there has been only talk of a third fight with the American and an all-British unification showdown with Joshua.

Last week, it was confirmed talks were progressing smoothly between AJ and Fury's camps – with two fights agreed between the pair for 2021.

But Whyte, 32, has been left fuming after being overlooked yet again, seeking advice on his legal standpoint.

However, in reaction to Whyte suing, Fury told Behind The Gloves: “He won’t go very far with suing because everything has been put on hold, hasn’t it?.

“It’s like the world has been put on hold, so everything has got move along with the holdback.

“I was supposed to fight [Wilder] in July, but that’s not happening now. I’m not going to sue from it because it’s the pandemic, and obviously, I won’t get anywhere, and I’m sure his lawyers know what they’re doing.”

Fury thinks Whyte will not get his title shot before he takes on AJ, and he insists he is not worried over any legal row and is only focused on “staying fit and active” throughout the Covid-19 pandemic.

He added: “Whoever is available at the time, you have to fight.

“These fights with Wilder, Joshua, and Whyte, they’re all a million miles away anyway. So I’m not thinking about them much at the moment.

“I’m thinking about staying fit and active. There’s not much I can do about anything because, at the moment, I’m signed to face Deontay Wilder. I know he’s not going to not take the fight.

“He has to take the fight because it’s the biggest available money for him.

“Anything can happen in that fight. If he knocks me out, then there is no rematch clause again, and then he’ll probably have to fight Dillian Whyte or Joshua or whatever.

“We can only take one fight at a time. Although I’m very confident in my ability, I’m not Houdini. I can’t see the future. I can’t see who’s going to fight next or whatever.

“As for Dillian Whyte, they all want to fight at the moment, but there is no fight.

“We all know there are no fights, so it’s not even a possibility if we wanted to. It’s not going to happen.”

WBC president Mauricio Sulaiman recently stated Whyte would get his shot by February 2021.

However, that looks unlikely due to Top Rank promoter Bob Arum’s desire to stage Fury vs Wilder III on December 26.

That would leave the winner with only a matter of weeks before defending against Whyte.

Meanwhile, Arum believes one way around the mess would be for the WBC to make Fury its “franchise champion”.

WBC introduced a new rule in 2018 that upgrades certain big-name world title holders to this status which allows the fighter to have various privileges, including a lack of mandatory challengers.

Canelo Alvarez was made the “franchise” middleweight champion and his mandatory Jermall Charlo became the regular champion.

That means the WBC can still charge sanctioning fees to two fighters in the same division, with both being able to claim to be world champions and the star one not having to face his mandatory.

Arum said: “Nobody’s asking the WBC to make Tyson Fury a ‘franchise’ champion, but if Dillian Whyte pursues this idea of fighting Tyson Fury before he fought Wilder again and then Joshua, that would be the way I think the WBC would go.”

“The public is not stupid, the public knows who’s the champion. Particularly now when we’ve had this period where we haven’t had fights, I think we’ve gotta do the right thing.

“And the right thing is to do the fights that really appeal to the public.”