Uber stock popped 6% during Tuesday's trading session as the ride-hailing giant is reportedly nearing a deal with Flywheel Technologies to add taxis to the Uber app in San Francisco.

According to the New York Times, the partnership, which requires approval from the San Francisco Municipal Transportation Agency, could begin as soon as May. The SFMTA's board of directors will reportedly vote on whether to approve tweaks to the details of a pilot program during its April 5 meeting.

Representatives for Uber, Flywheel Technologies and the SFMTA did not immediately return FOX Business' request for comment.

Uber and Lyft have faced opposition from San Francisco in recent years.

In 2020, a majority of voters in San Francisco County opposed California’s Proposition 22, a measure that would have classified app-based drivers as independent contractors rather than employees. The measure, which passed statewide, was later thrown out after a judge ruled it was unconstitutional.

In 2017, the city launched an investigation to determine whether Uber and Lyft had become a public nuissance. In 2016, Uber paid $10 million to settle a 2014 lawsuit from district attorneys in San Francisco and Los Angeles which claimed that it misled passengers over the quality of its driver background checks. 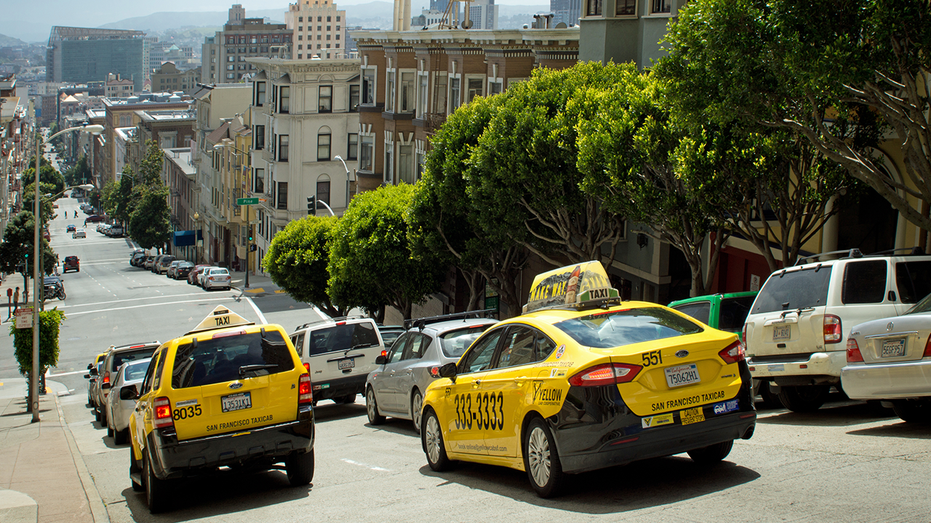 Uber stock popped 6% during Tuesday’s trading session as the ride-hailing giant is reportedly nearing a deal with Flywheel Technologies to add taxis to the Uber app in San Francisco.  (iStock)

The report comes less than a week after Uber announced it would bring taxi rides to its app in New York City through partnerships with taxi-hailing apps Curb and Creative Mobile Technologies.

A beta for Uber's taxi rides will roll out to a limited number of New York City customers this spring before its official launch this summer. The company said taxi passengers will be charged around the same price as an Uber X ride. 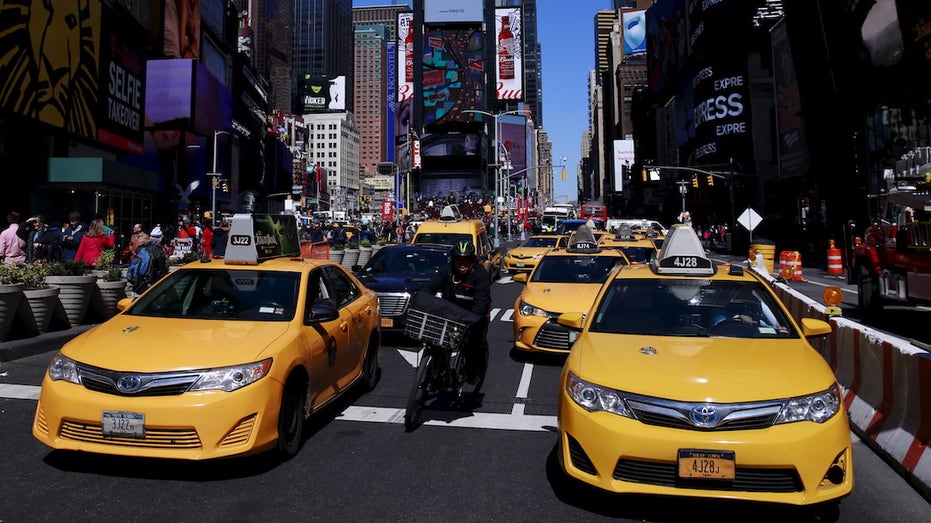 Uber, which has been slammed by driver shortages and soaring gas prices, has emphasized that it has more drivers in the U.S. now than at any other point during the coronavirus pandemic. It also notes that volatile fuel prices have not decreased the number of active drivers in the U.S. and Canada on its platform over the last several months.

According to AAA, the national average gas price hit $4.24 per gallon on Tuesday.

In the last three months of 2021, Uber passengers took 1.77 billion trips, or approximately 19 million trips per day on average, a 23% increase from the prior year. However, the figure remained below the 1.91 billion trips reported during the same period in 2019 before the pandemic.