'Uncharted': Tom Holland Says He 'Brought the Film Industry Back,' Not Tom Cruise

Which Tom saved the film business — Tom Cruise or Tom Holland? When the coronavirus (COVID-19) pandemic sent the world into lockdown in 2020, many films and television shows halted production, essentially shutting down the industry. After some time, a few productions slowly started moving again, including Tom Cruise’s Mission: Impossible 7 and Tom Holland’s Uncharted. Now, both actors have said that their films were responsible for resurrecting the industry.

When movie productions shut down, many planned to maybe resume working in a year, if the productions didn’t fall through completely by that time. However, Cruise wasn’t having it. Knowing how much a shutdown would affect thousands of people in the industry, he insisted on returning to Mission: Impossible 7 ASAP and developing a solid safety plan.

Cruise explained his decision to keep filming in a summer 2021 interview with Empire:

The legendary actor took safety protocols very seriously. He made headlines during production when he blew up at some crew members for not following COVID-19 rules. And thanks to his dedication, Cruise revealed other studios moved forward with their own productions. Mission: Impossible 7 was just the first step in getting the industry back on its feet. 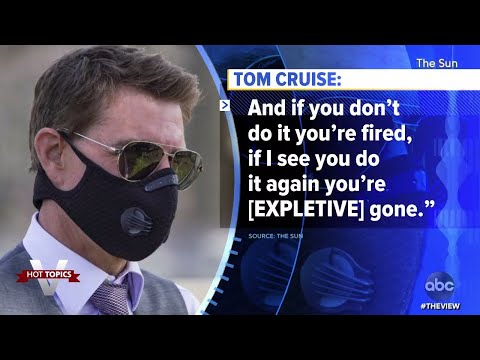 Cruise might have had an impact on the industry, but according to Holland, Mission: Impossible 7 wasn’t the first production to get back to work during the pandemic. Speaking to Total Film, Holland gushed about how proud he was of Uncharted for making it to the big screen against all odds.

“I’m very proud of how hard everyone worked. We also made this film at the height of COVID,” Holland said. “I know Tom Cruise loves to say that he brought the film industry back, but he forgot about this little film called Uncharted that was shooting four months before he was. So, I’m just very proud of what we’ve done.”

After several years of development hell, Uncharted almost looked like it would never happen. The movie launched in 2008 but cycled through several actors, directors, and writers before it could get to production.

Finally, after playing the Uncharted video games, Holland insisted that the movie continue. He took on the lead role of Nathan Drake and helped find a director. Then, everything else fell into place. Even if Holland didn’t save the film industry, he certainly saved Uncharted.