United Airlines argues it's been working hard to combat those issues.

Still, "fed up" flight attendants took part in the picket, dubbed the Day of Action, at 14 airports in the U.S. Guam, and London, demanding that the carrier fixes ongoing operational disruptions that they say has "tangibly impacted them" and their passengers.

Many of them held signs that read, "Can you hear us now" and "solutions not excuses."

The Association of Flight Attendants-CWA (AFA-CWA), the union representing the picketing flight attendants, claims United's management has failed, in part, to properly staff crew schedules, resulting in tens of thousands of delays and cancelations, and that it's not taking full responsibility.

"Flight attendants are on the frontlines when an operational meltdown occurs, and they are expected to address passenger concerns," the AFA-CWA said in a statement. "But recently flight attendants have been left empty-handed or stranded themselves without support from management who are running the airline." 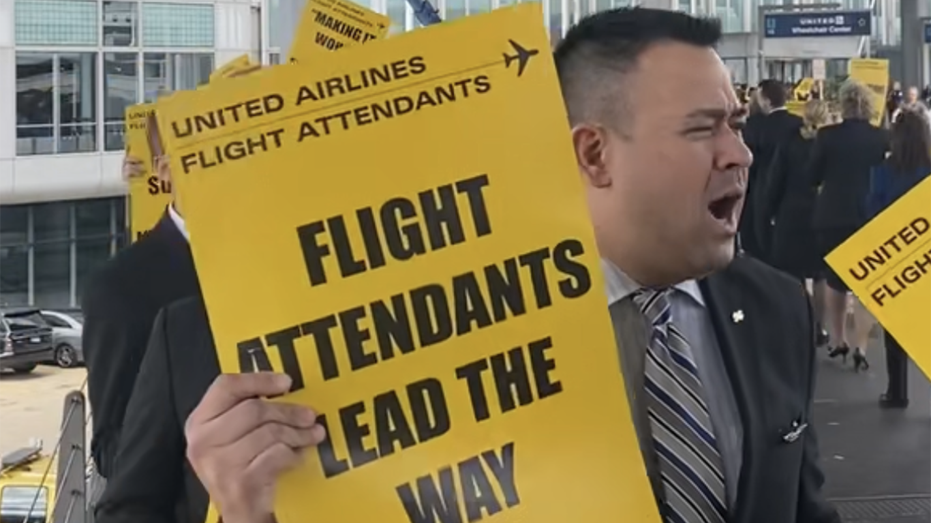 The group cited cancelations last week tied to do failed mandatory inspections for some of United's Boeing 777-200 planes.

In total, United Airlines canceled about 18 flights when it realized that some of the aforementioned planes had not undergone required inspections of the front edges of the wings, although it worked to rebook passengers.

United Airlines told FOX Business that it has "worked hard to reduce wait times for flight attendants to talk to a crew scheduler, including more hiring and adding digital options for some items."

In the company's most recent earnings call, United Airlines President Brett Hart said the carrier "continues to collaborate with the U.S. Department of Transportation on the operational disruptions and challenges impacting the aviation industry and our customers." 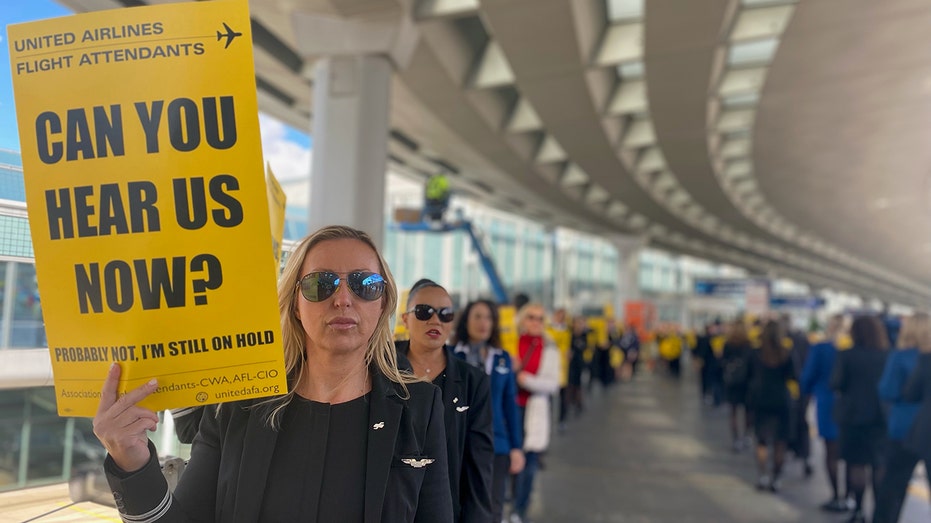 Hart told analysts that with an active partnership with the government, and Federal Aviation Administration, it hopes to be able to "address the main drivers of these challenges and find solutions together."

He further noted that the airline has already "seen early signs of progress" and even received a waiver to reduce its schedule in Newark to make the remaining flights more reliable.