Unsung heroines who endured dangerous factory work during The Blitz

Britain’s wartime women of steel: Stories of the unsung WWII heroines who took up jobs in the factories that kept the country running and built the weapons that beat Hitler are told in a new book

The powerful personal stories of women who bravely entered Britain’s factories to keep the country running during the Second World War are recounted in a new book.

When the war broke out, the young women of Sheffield watched as their sweethearts were sent away to fight, and were left with no choice but to step into the men’s shoes and become the backbone of the city’s steel industry.

Through hard toil and companionship, they vowed to keep the foundry fires burning and ensured that soldiers had the weapons, planes and ships needed to secure victory over Hitler. 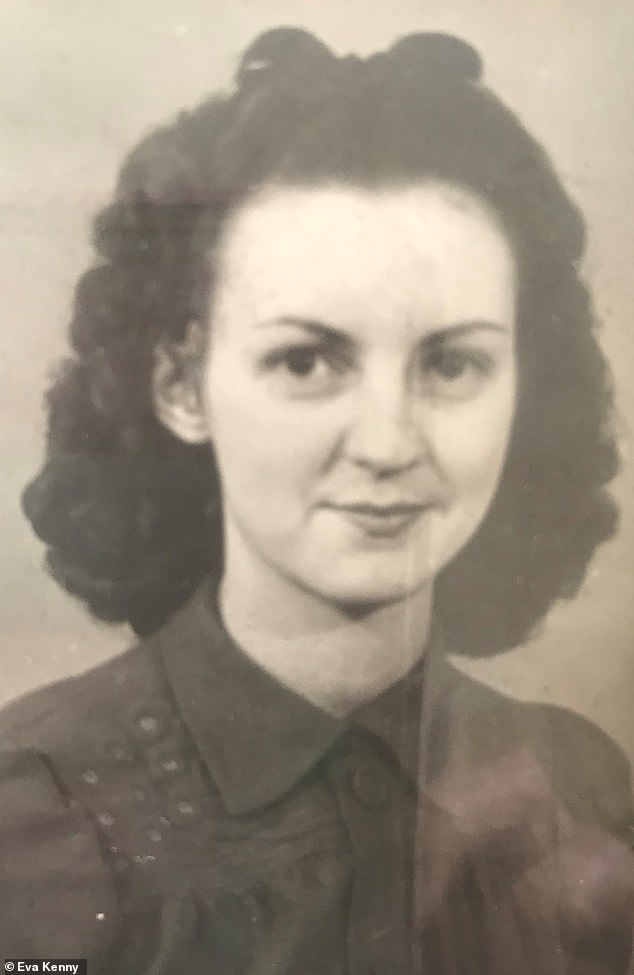 SHOT BLASTER: Eva Kenny (pictured), who was born in December 1923 in Attercliffe, Sheffield, took a job as a shot blaster at Balfour Darwins during The Blitz 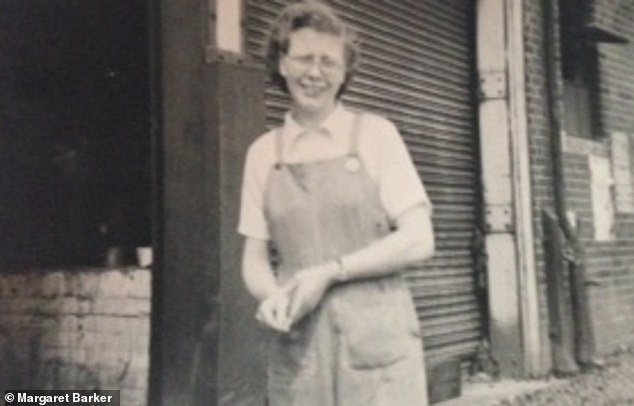 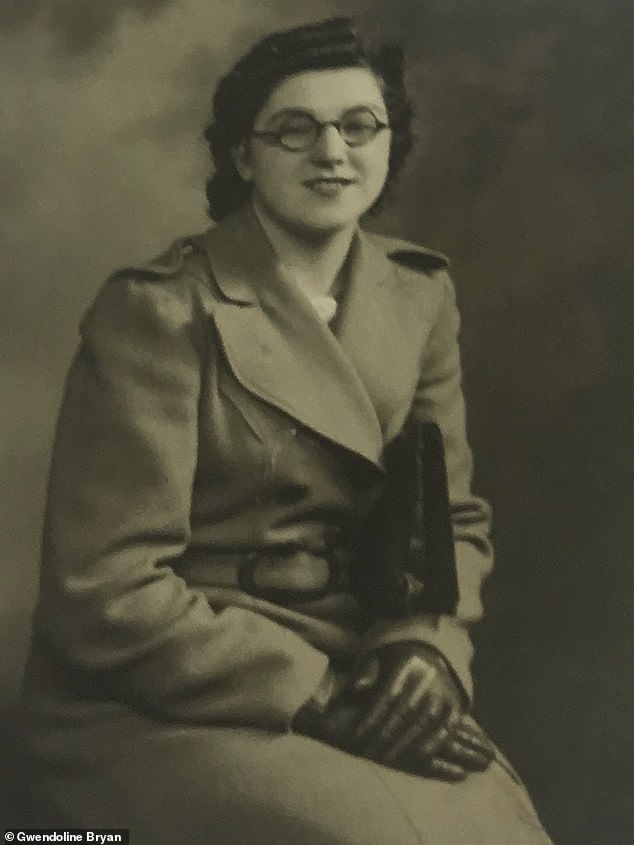 TOOL CUTTER: At 16, Gwen started work at Sheffield Twist Drill, where she witnessed a colleague have her hair ripped out after an accident using a lathe.

In new book Women of Steel, author Michelle Rawlins, from Sheffield, interviewed some of the last surviving women – many now in their 90s or 100s – who dropped everything to support the war effort.

Amongst a series of exclusive extracts shared with FEMAIL, one woman witnessed her colleague have her hair ripped when using a lathe, while a shot blaster was so ‘terrified’ of the noise, her mum rang her boss to have her moved to another department.

The office worker who became a shot blaster

Eva was born in December 1923 in Attercliffe, Sheffield. When war broke out, she took a job as shot blaster at Balfour Darwins. The noise was so terrifying that Eva’s mum rang her boss to have her moved to another department making hacksaw blades. 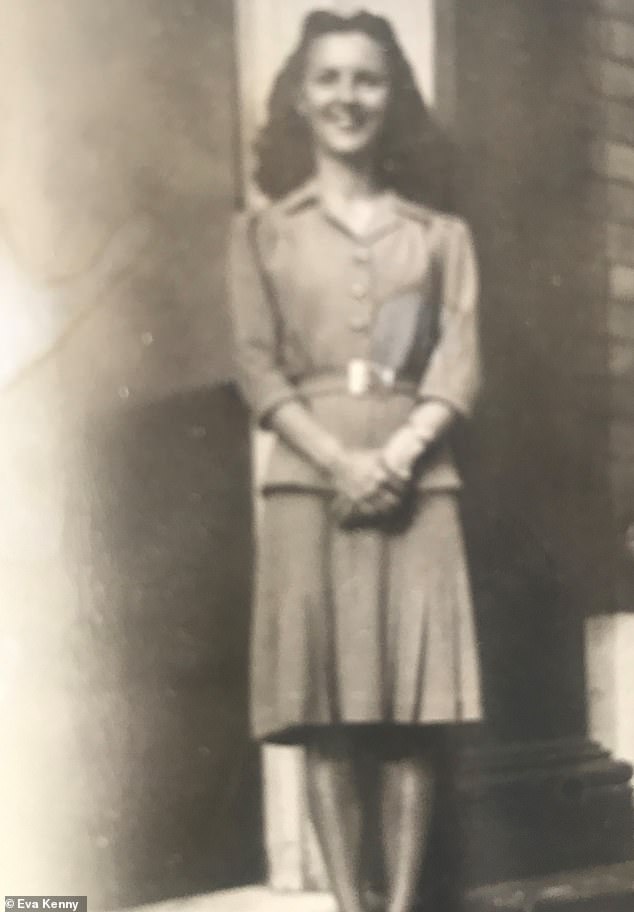 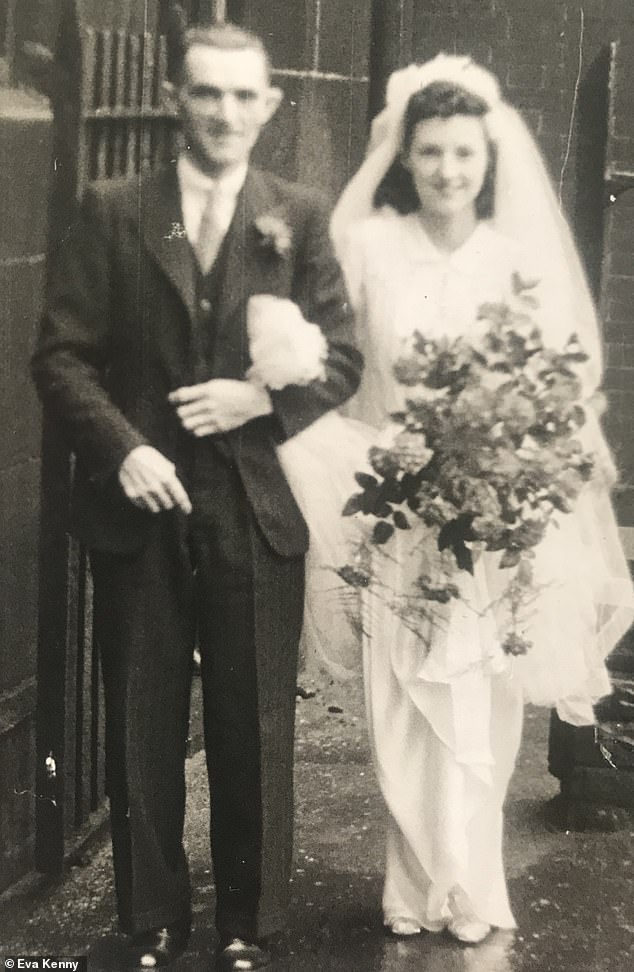 Eva was 19 when she married her teenage sweetheart, James Albert, in a simple ceremony. Pictured, on her wedding day 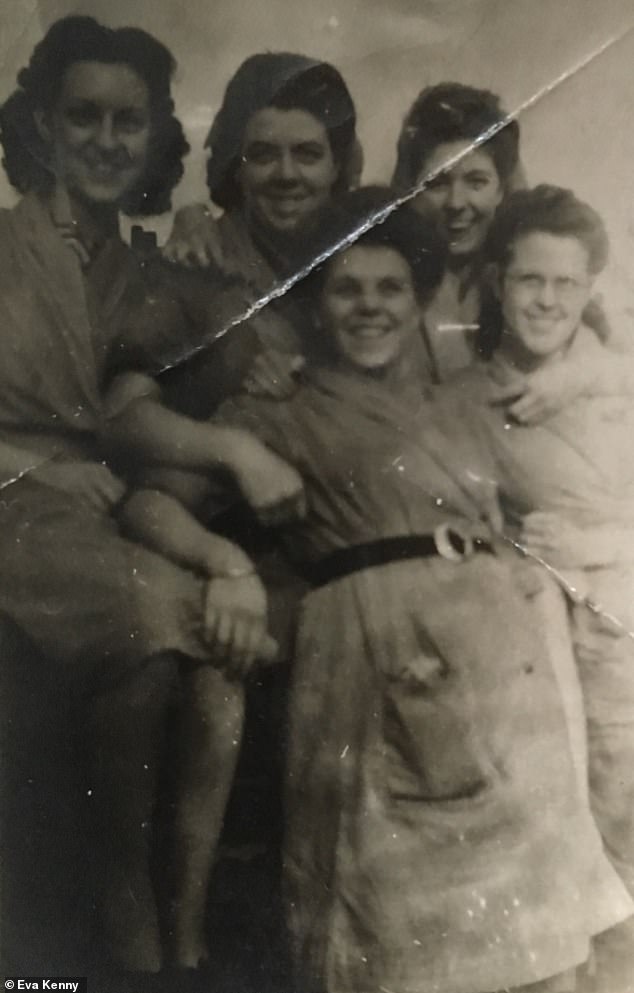 When war broke out, Eva had a comfortable office job, but as soon as the call came for women ‘to do their bit’, she began work at a factory. Pictured, on the far left with her work mates 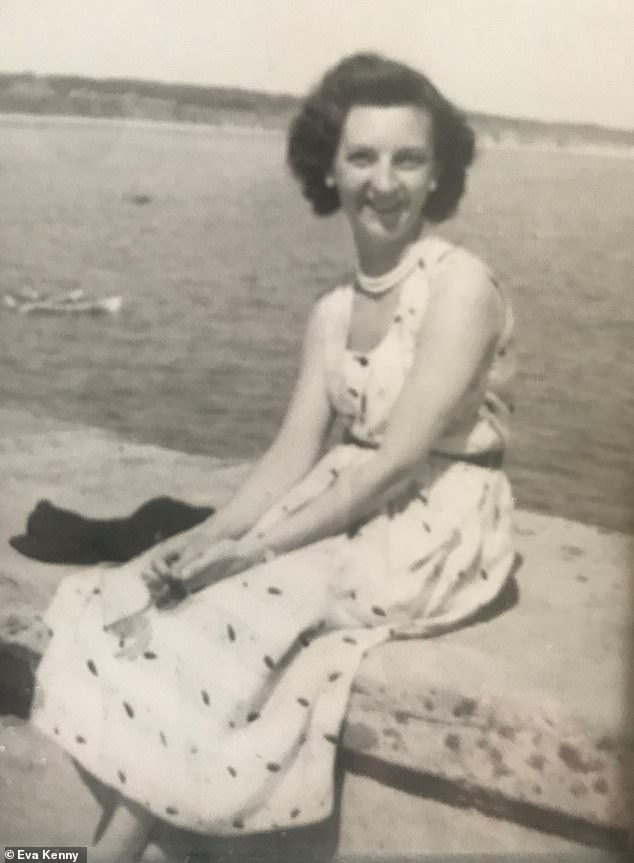 Eva (pictured) said that after her very first shift, she went home that night and just sobbed to her mother

Although the Women of Steel had varying attitudes to their new roles, it’s no surprise many of them were reluctant and scared.

‘I was absolutely terrified,’ recalled Eva Kenny, who was ninety-five when I interviewed her.

When war broke out, she had a comfortable office job, working at Carter’s, a medical company. But as soon as the call came for women ‘to do their bit’, Eva got her orders to leave her job and begin work at a factory.

She was assigned a position at Arthur Balfour’s as a shot blaster, which came as a shock to the system.

Eva said: ‘The machines were huge, and the noise was horrific. I’d never experienced anything like it, and it left me petrified. After my very first shift, I went home that night and just sobbed to Mum.

‘The next day she went to see my boss and told them how scared I was, and thankfully I was then appointed a new role making hacksaws. It was still awful but better than my first job.

‘All I had to do was place thin strips of steel in a machine that would shape them. They were sharp when they came out, but thankfully I never got hurt.’

The teenage crane driver who met her husband at work

Margaret Barker was born in December 1928. She left school at 14 and, before long, joined the Arthur Lees factory as a crane driver, where she met her husband, Jack.

The story goes that Margaret agreed to go out with him after accidentally hitting him on the head with the wooden weight attached to the crane she was controlling. 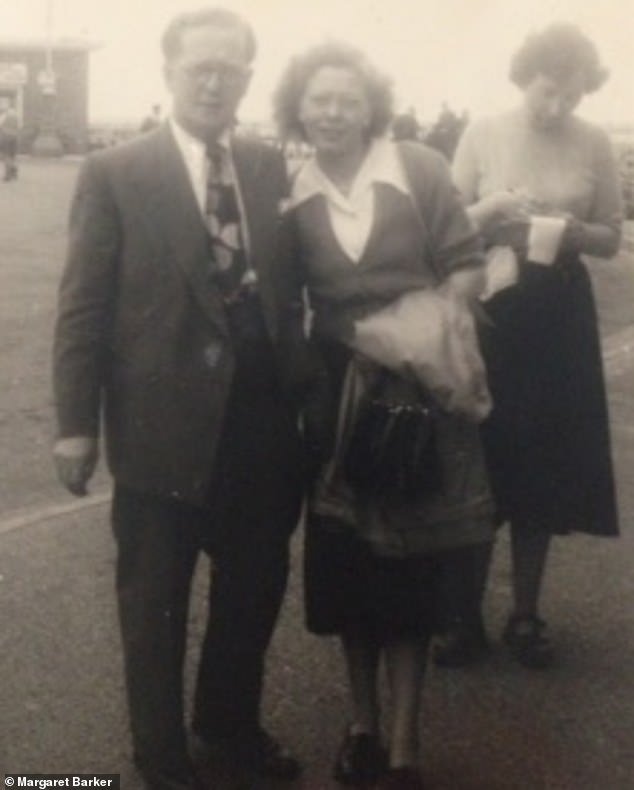 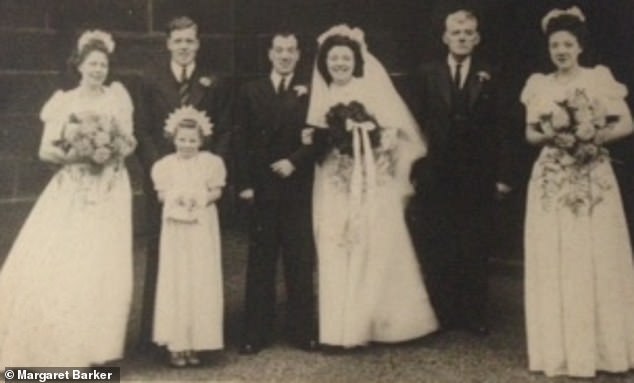 Margaret agreed to go out with her husband Jack after accidentally hitting him on the head with the wooden weight attached to the crane she was controlling. Pictured, on their wedding day 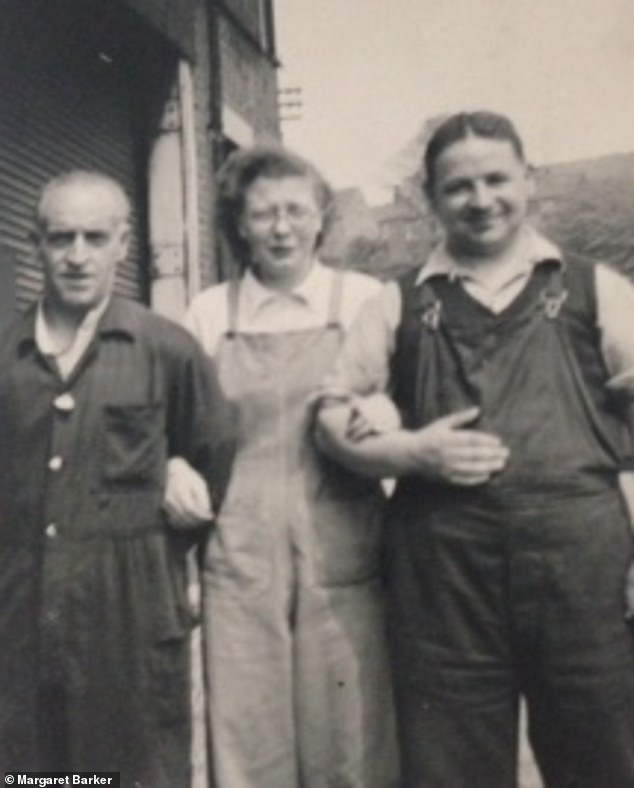 Despite being forced to grow up quickly, Margaret must have enjoyed her job, as she stayed at the factory until the early 1950s. Pictured, centre, with two work colleagues 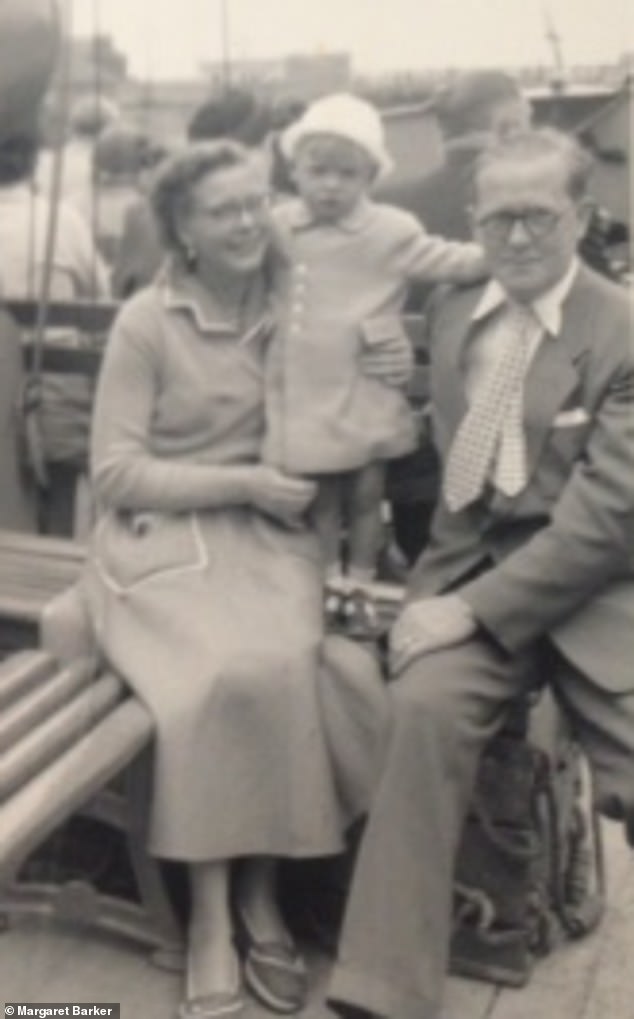 Margaret’s son, Paul, told author Michelle: ‘Mum was so incredibly young, and it’s hard to imagine how terrifying that must have been.’ Pictured, Margaret and Jack with Paul 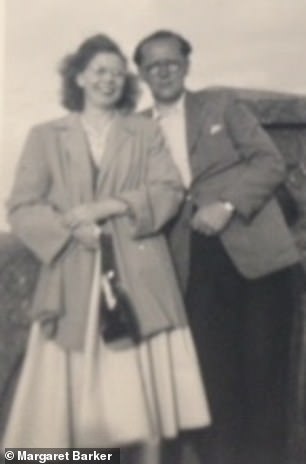 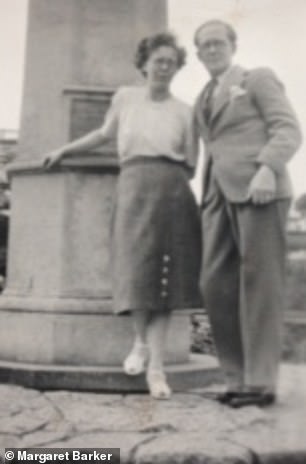 Margaret met her husband Jack at work – and the pair married in December 1950. Pictured together, left and right

Not long afterwards, she joined Arthur Lees, where she started work as a crane driver.

Her son, Paul, told me: “Mum was so incredibly young, and it’s hard to imagine how terrifying that must have been. She was still a very young woman but going into a very adult world. It’s something you really can’t relate to in today’s society.”‘

But despite being forced to grow up quickly, Margaret must have enjoyed her job, as she stayed at the factory until the early 1950s. It was there she met her husband, Jack, whom she married in December 1950.

Paul said: “Dad always told the story of Mum agreeing to go out with him after the wooden weight attached to the crane she was controlling hit him on the head. He always reckoned she went on a date afterwards as she felt so sorry for him!”‘

The 16-year-old tool cutter who witnessed a horrific accident

Gwendoline Bryan was born in October 1923 in Barnsley, where she stayed until her family moved to Sheffield. At 16, Gwen started work at Sheffield Twist Drill, where she witnessed a colleague have her hair ripped out after an accident using a lathe. 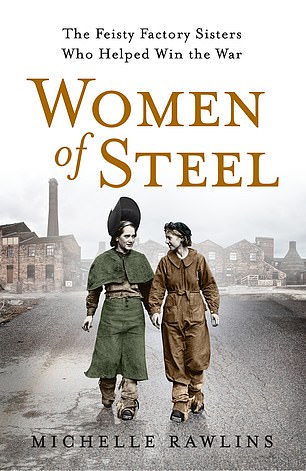 Michelle Rawlins, from Sheffield, has interviewed the last surviving women of steel in her new book (pictured)

‘Despite being continually told never to take their eyes off the machines they were operating, natural curiosity made every head turn in the direction of where the agonising wail was coming from.

“What’s happened?” Gwen asked no one in particular. She didn’t have to wait long to find out. As quick as the sickening shrieking had started, one of the overhead belts came to a grinding halt and a crowd gathered around one of the female workers.

As Gwen edged closer, it soon became obvious where the relentless and stomach-churning crying was coming from.

The young woman who had arrived for work without her mop cap was now doubled over on the floor gripping her head – on one side, her once long, frizzy hair was missing.

It had become tangled in the machine and been ripped clean out. Blood was pouring down the poor girl’s face, staining her once porcelain-white skin ruby red.

“Oh gosh,” Gwen gasped, covering her eyes with her hands, horrified by the macabre scene before her. It was like something from a horror movie.

Within seconds, foremen were around the girl, pressing clean cloths onto her head and leading her away from the factory floor. “We’ll get you to hospital,” Gwen heard one say. “You’re going to be OK, I promise.”

The widow who became a crane driver to support her family

Ivy Markham was born in October 1906 and grew up in Attercliffe, Sheffield. Her husband, Tom, was employed at the steelworks, William Jessops and Son, in Brightside; they married in June 1934 and their only daughter, Jean, was born the following year.

Just before Christmas 1938, Tom was killed in a workplace accident when his scarf got caught in a machine. With a young child to support, Ivy had no choice but to take a job in the steelworks as a crane driver. Ivy passed away in 1982, aged 75.’ 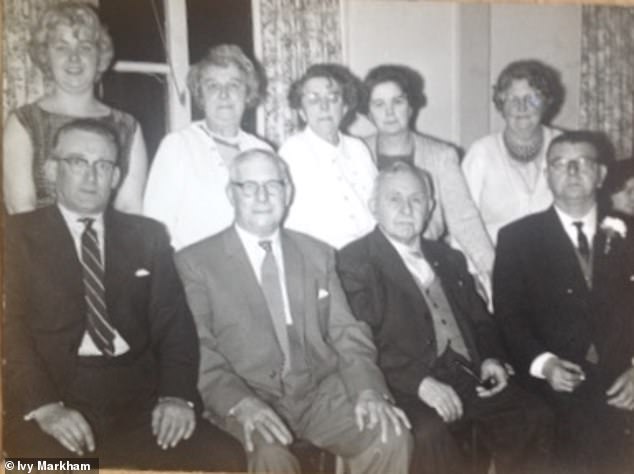 Ivy Markham’s husband, Tom, was employed at the steelworks, William Jessops and Son, in Brightside (pictured together). Just before Christmas 1938, Tom was killed in a workplace accident when his scarf got caught in a machine 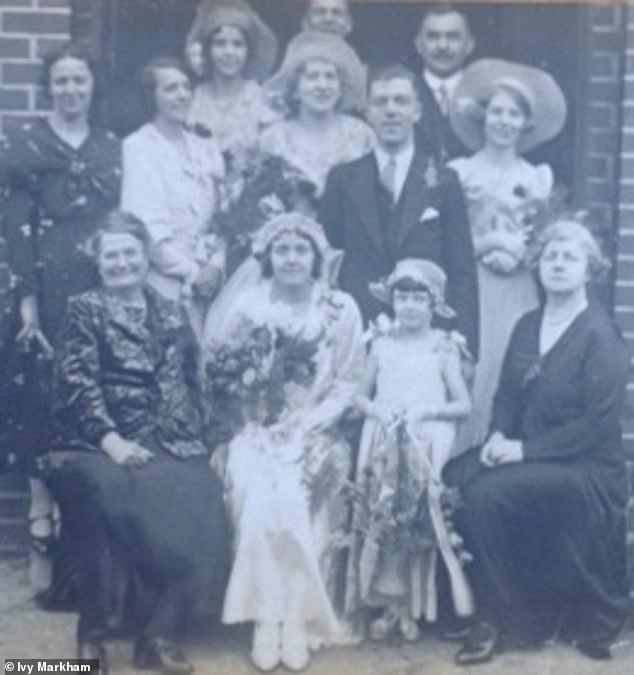 With a young child to support, Ivy (pictured with husband Tom) had no choice but to take a job in the steelworks as a crane driver following her husband’s death

And it wasn’t just our Women of Steel who suffered life-changing injuries. After placing a request for relatives of these incredible women to contact me on several local-history groups on Facebook, I was contacted by Joan Green, whose late aunt, Ivy Markham, had worked as a crane driver in the steelworks throughout the war.

As Joan told me Ivy’s story, it seemed incomprehensible to me how she’d managed to keep going through the most heartwrenching of times.

Ivy had married the love of her life, Tom Markham, in June 1934, and their only daughter, Jean, came into the world just a year later.

As it was for so many Yorkshire families, life was tough financially, especially with an extra mouth to feed. Tom worked long, arduous hours at the Sheffield steel firm William Jessop and Sons Ltd in Brightside. 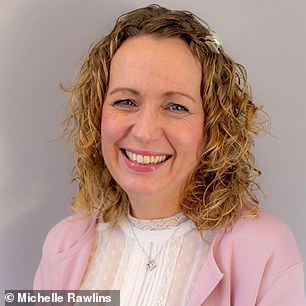 Michelle Rawlins (pictured) is an award-winning journalist with 20 years’ experience. She lives in Sheffield and lectures at the University of Sheffield

On 20 December 1938, Tom had gone to work as normal, no doubt looking forward to the festive break with his wife and their three-year-old little girl. But the loving father and husband never got to watch Jean, the apple of his eye, open her Christmas presents.

That evening, while waiting for her husband to come home for his dinner, Ivy was given the most devastating of news – Tom had been killed on a crane in a freak accident at work.

The details must have rocked Ivy to the core. Tom’s scarf had got caught in a machine, and unable to release it, he’d been horrifically decapitated.

The death certificate read: “Severe laceration of the neck and haemorrhage caused by scarf he was wearing becoming entangled in a revolving shaft on a crane platform.”

It’s hard to imagine how Ivy coped afterwards and even more staggering when you learn that, within a year of her husband’s untimely and violent death, she too was working in a steel factory as a crane driver.

Joan explained that her aunt only rarely spoke about the accident and her time in the factory: “Life was very cruel back then. My aunt never remarried and brought up Jean with the help of family.

Despite what she had suffered, Aunt Ivy remained in the steelworks until she was around sixty, but I believe it was the death of her too.”

As she got older, she suffered from bronchitis and emphysema that was no doubt aggravated by all the fumes and dust she had inhaled for decades in the steelworks, and sadly she died in June 1982.’

WOMEN OF STEEL: THE FEISTY FACTORY SISTERS WHO HELPED WIN THE WAR by Michelle Rawlins, is published by Headline, 11th June at £16.99