Vanderpump Rules star Danica Dow filed a restraining order against ex-boyfriend and SUR bartender Brett Willis. Get the details about the off-camera drama below. 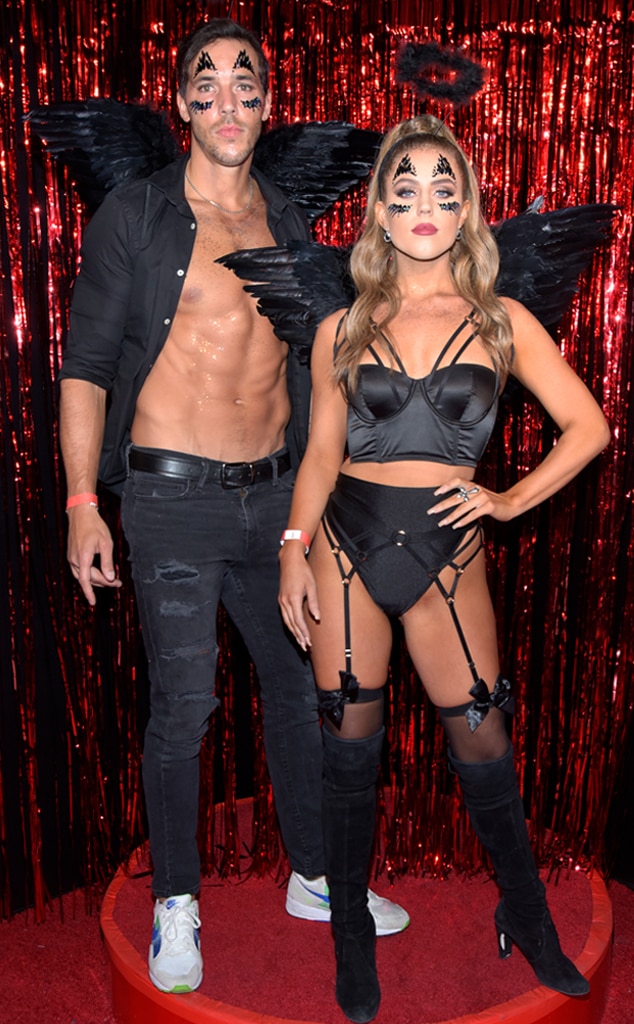 Danica Dow has found herself in some relationship drama off camera.

E! News can confirm the Vanderpump Rules star and SUR assistant manager filed—and was granted—a temporary restraining order against ex-boyfriend Brett Willis on Monday, Aug. 3. Details about what led up to the order are unavailable at this time.

Although Brett was not a regular cast member on the most recent season of Vanderpump Rules, he did serve as a bartender at SUR restaurant.

In addition, fans will recall when Lisa Vanderpump put Danica on a two-week suspension from the restaurant after getting physical with Brett.

Bravo had no comment on the legal drama. E! News has also reached out to Brett and has not heard back.

As of press time, Danica does not have any pictures of her ex on Instagram. As for Brett, his last photo posts with Danica were from November 2019 when they traveled to The Breaking Bad Experience in Los Angeles. They also celebrated Halloween together, in which they dressed up as Roger and Jessica Rabbit for one party.

The relationship drama comes as pop culture fans wait to hear any updates on the future of Vanderpump Rules.

Earlier this summer, viewers learned that four cast members would not be returning for season 9.

"Bravo and Evolution Media confirmed today that Stassi Schroeder, Kristen Doute, Max Boyens and Brett Caprioni will not be returning to Vanderpump Rules," the network said in a statement on June 9.

Since then, fellow SUR employee and Bachelor Nation member Jasmine Goode has voiced her thoughts on possibly joining the show if asked.

"I'd entertain it and see what's up," Jasmine told Scheana Shay on a July 17 episode of her Scheananigans podcast. "I've met a lot of people on this show and they just want to be this character…maybe since I've already been on a TV show, I don't care about that part. To me, it's going to be very real and authentic. That's why I am kind of scared if I did do it, I am too honest."

Fans will just have to watch what happens!

The Blast was first to report the legal drama.

(E! and Bravo are part of the NBCUniversal family)

Welcome to another weekly installment of HYPEBEAST SOUNDS, our ongoing playlist that rotates through 50 of our editors’ favorite songs throughout the music world. This week is highlighted by some major new updates like Rico Nasty‘s ode to self-acceptance in “Own It” featuring surreal creative direction and a dedication to her singular vision. Ahead of the forthcoming release of her […]

END_OF_DOCUMENT_TOKEN_TO_BE_REPLACED

END_OF_DOCUMENT_TOKEN_TO_BE_REPLACED
This website uses cookies to improve your user experience and to provide you with advertisements that are relevant to your interests. By continuing to browse the site you are agreeing to our use of cookies.Ok