Vexed Mumsnet users list their methods of getting revenge

Sweet revenge! Women reveal the delightfully petty ways they’ve gotten their own back – from leaving spilled milk to spoil to making international calls on an ex-boyfriend’s phone

While many of us aren’t brave enough to get revenge on people who’ve vexed us, this thread will make you wary of those who you’ve upset – because they just might have what it takes to make your life a living hell.

Posting anonymously on UK-based forum Mumsnet, British women have revealed the cruel acts they’ve used to get vengeance on those who’ve wronged them, from leaving a foul odour in their victims home to racking up bills by calling internationally from their phone.

The thread began after a woman asked for suggestions on ‘the most untraceable methods’ of seeking revenge, without getting caught.

One person told her: ‘Spilling milk or dairy somewhere discreet – under a sofa cushion or under a desk.’ 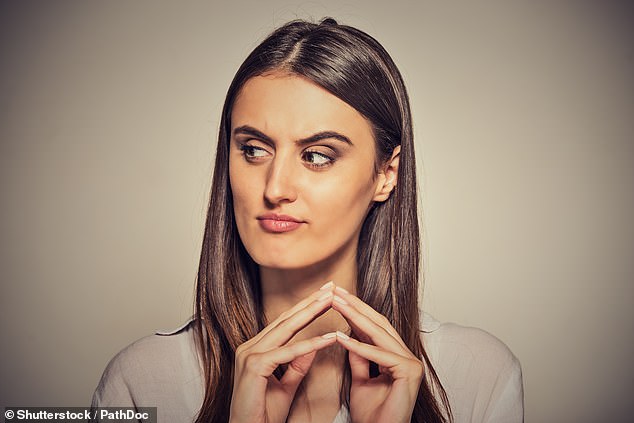 The woman began the eye-opening discussion, saying: ‘Just tell me the best (worst?) but most untraceable acts of revenge/comeuppance that you’ve heard….Asking for a friend…..’

A flood of responses to the thread shared stories of how they were able to inflict a horrible living situation on the person who caused them pain.

One said: ‘You can send poo or glitter through the mail anonymously lol a quick Google will get them there.’

Others told how they had deliberately wasted their victim’s money as part of their vendetta, with one saying: ‘Still had keys to the flat. Ex-bf went on a two week holiday.

Posting on Mumsnet, the woman claimed to be asking for suggestions on how to get revenge on behalf of a friend

‘Ex-gf went in one day, rang the American speaking clock, left the phone off the hook for two weeks.’

Another said: ‘Someone I know caught his wife cheating, they split up but were living together for a while. He took her engagement ring to the jewellers and got the diamond swapped for cubic zirconia.

‘About two years later he got some angry text messages when she went to resell it and had it valued at £50 genius.

‘Best of all is she still doesn’t know whether he gave her a fake ring in the first place, the original jeweller conned them or if he swapped it later. He blocked her and left her work it out for herself!’

One wrote: ‘So my other half told me about the maggot trick, you wait for the occupant to go out, chuck a handful of maggots through the letter box, they will seek the dark and go under skirting etc and there you have it, a fly infestation.’

Another admitted to taking pleasure in the act of revenge, saying: ‘I bought up all the domain names for his business. Best £100 I ever spent.’