VIRAT KOHLI told his players to make life “feel like hell” for the England team at Lord’s.

And he also warned them not to laugh or share jokes with Joe Root and his players. 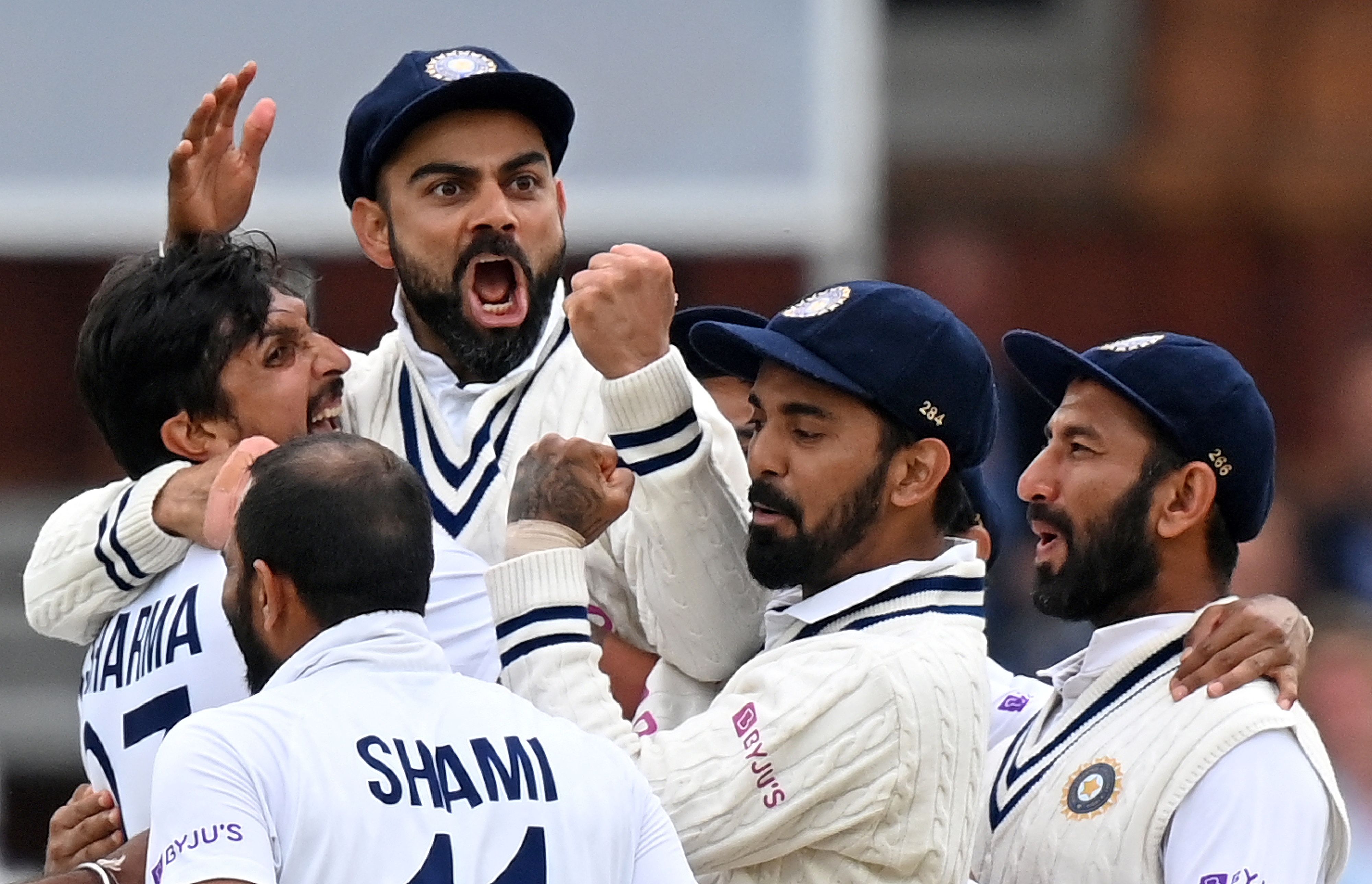 Captain Kohli brimmed with passion, intensity and anger as he masterminded India’s 151-run victory in the ill-tempered Second Test.

Now a video of Kohli addressing his players in Hindi in the team huddle has emerged.

He said: “If I see anyone laughing in front of their players, see what happens. Got it? 60 overs should feel like hell out there.”

England’s desire to seek retribution for Jasprit Bumrah’s bouncer assault on Jimmy Anderson on Saturday meant their tactics were skewed on the fifth day and their brains scrambled.

Root took the blame – but head coach Chris Silverwood insisted it was a collective failing.

Silverwood added: “Emotions ran high, no doubt about it. They targeted Jimmy in that first innings and we went back hard at them. We tried to go toe to toe with them.

“It got away from us a little when India’s lower-order were batting but we’ll learn from that. I don’t want us to lose the passion. It gives you energy, it gives you fuel.

“The two teams are going hard on the park but behind the scenes we seem to get on fine. I don’t see any problems there.

“I just think it’s played by two very passionate groups of people who want to do well for their country.”

Kohli previously had a spat with England player Ben Stokes in March.

Tempers flared between the pair when Kohli leapt to the defence of team-mate Mohammed Siraj, who Stokes allegedly swore at.

Speaking on their verbal tear-up, Siraj explained: "Ben Stokes gave me gali (abused me) so I told Virat about that. Virat handled it thereafter."