Virgin Media has launched a new deal and it might just be enough to convince customers to make the switch from their current TV and broadband firm. The latest incentive will be available to anyone who signs-up to Virgin Media’s television and broadband bundles. For those who take up the deal, Virgin Media will include a year of complimentary access to Amazon Prime.

For those who are unaware, Amazon Prime is a membership scheme that gives Amazon shoppers free next-day delivery (or two-hour delivery in some areas) on thousands of items, as well as access to free Kindle ebooks, music to stream from your Amazon Echo smart speaker, and access to Prime Video. The latter includes a host of new Hollywood blockbusters and classic films, as well as original movies and shows commissioned by Amazon, like The Big Sick, Manchester by the Sea, Good Omens and The Marvellous Mrs Maisel.

Amazon Prime subscriptions usually costs £7.99 a month (or £79 for the year) however, Virgin Media’s latest deal means it won’t cost a penny for 12 months.

This free Prime option is available on a number of bundles including the big bundle and Ultimate Oomph bundle with prices starting from £33 per month. Here’s all the deals that feature free Amazon Prime and how much each will set you back. 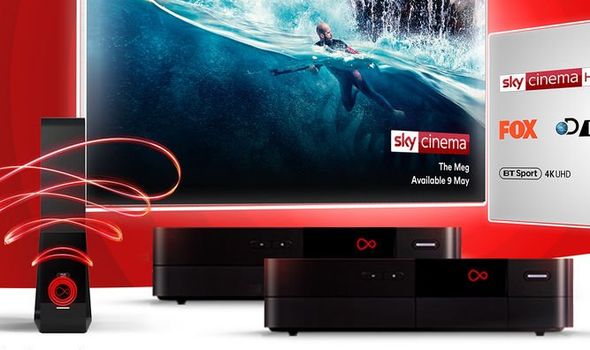 All of the deals mentioned above require a £35 set-up fee and you must be happy to sign up for 18 months. YOU CAN FIND THE OFFERS HERE

Of course, free Amazon Prime is a great, but BT and Sky have some tempting deals of their own to make the switch to Virgin Media not such a no-brainer.

For example, BT is currently offering £72 off its Complete Wi-Fi system which guarantees Wi-Fi in every room. Sky has a number of deals on its TV and TV plus broadband bundles including the “All the Sports” which has been dropped to £52 per month – saving £21 per month. There’s also the “Superfast Broadband & All the Sports” bundle which is now £73 – saving £27 per month.