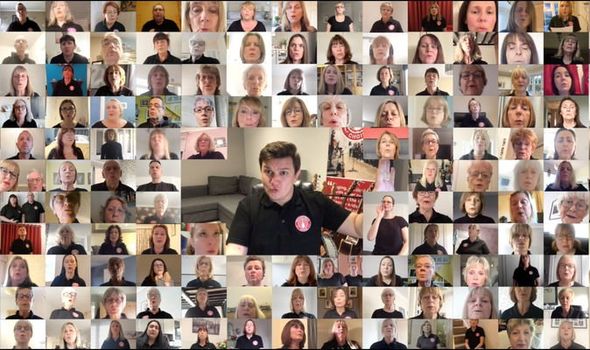 More than 150 members of the Buskerteers – many of whom have friends and family working in the health service – recorded themselves performing in their own homes. Group leader Andrew Small, who started the Essex choir in January, then produced and released the video on the group’s Facebook page – where it’s already had more than 2,000 shares and raised £20,000 in just five days.

He is appealing for people to donate £1 each via Virgin Money Giving, with funds donated to ‘accommodation, food, travel and counselling to NHS nurses, doctors, staff and volunteers fighting Covid-19’.

Retired NHS midwife Alison Warner, from Writtle, said she took part in the video after losing her brother-in-law to Covid-19.

She said: “I am a midwife of  34 years recently retired and working for our NHS on the bank.

“I have been proud to work for and be a member of our NHS family, and want to do whatever I can to support this great British Institution during these worrying and unprecedented times.

“I have witnessed first hand just how hard our NHS Frontline Workers work caring for our loved ones as sadly my sister Lyn lost her husband Ken on Easter Sunday to coronavirus.

“I love being part of this wonderful choir, and even though we can’t meet in person we continue to enjoy singing together during our weekly virtual sessions.”

The choir – which has groups in Shenfield, Writtle, Rochford and South Woodham Ferrers – originally had a mission to raise £1million for charity via busking.

However, in March, those dreams were shattered when the UK was put into lockdown and the idea to launch an online version and rehearse virtually began.

The campaign launched on Friday 10th April and in just 24 hours later, the video had been shared 1,300 times and they had raised £10,000, which has now doubled a few days later.

Writtle choir member Julia Stack praised NHS staff as “true heroes” and said her brother-in-law, John, who is a bed manager at Queen’s Hospital in Romford thought the video was “beautiful”.

She said his partner, Kate, who also works for the NHS said it brought her to tears.

Julia said: “This means so much to me as our NHS staff are true heroes.Their day-to-day working life is so stressful and is now off the chart.

“Hopefully the video shows that we appreciate them and are thinking of them. I’ve signed up as a NHS and community volunteer for vulnerable neighbours, shopping for essentials, picking up prescriptions etc, so that I can contribute during this crisis.” 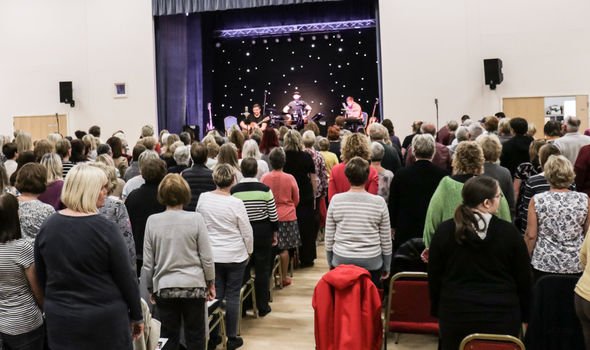 Other choir members that took part in the virtual rendition include a former NHS Biomedical Scientist, a qualified nurse and health visitor and a woman whose son is a paramedic on the frontline.

Choir leader Andrew Small admitted he has been totally blown away by the response the project has had so far.

He said: “I really believe we can do this! But we can’t do it on our own. We need all the help we can get.

“So even if you don’t have a pound to spare, you could help us by spreading the word and sharing the video.”