The body of work includes 32,000 prints, contact sheets and vintage works consisting of numerous pieces that she did with her longtime creative collaborator Lee Alexander McQueen. Previously known professionally as “Anne Deniau” until 2014, the multifaceted artist is based in Paris. The financial terms of the deal were not disclosed.

Spanning from 1997 until 2010, the McQueen images include most of his shows during his run at Givenchy and later under his namesake label. Her decision to sell the archives was driven by the fact that “it is quite difficult to do anything alone” without a team and her 10-year connection with president Susan Barrett. “We’ve had very long conversations about Lee McQueen, intuition, the meaning of art and photography,” Ray said, adding they worked together on “A Queen Within: Adorned Archetypes, Fashion and Chess” at the World Chess Hall of Fame. Her McQueen photographs were shown in an adjacent solo show.

The exhibition “Ann Ray & Lee McQueen: Rendez-Vous” will travel to South Carolina beginning in the fall and to fine arts museums in California starting next winter. “Serious conversations” are also underway with museums in Ohio and Tennessee, a Barrett Barrera spokeswoman said. The agreement includes commercialization rights and intellectual property rights for all prints, contact sheets, vintage works and future editions or applications thereof. 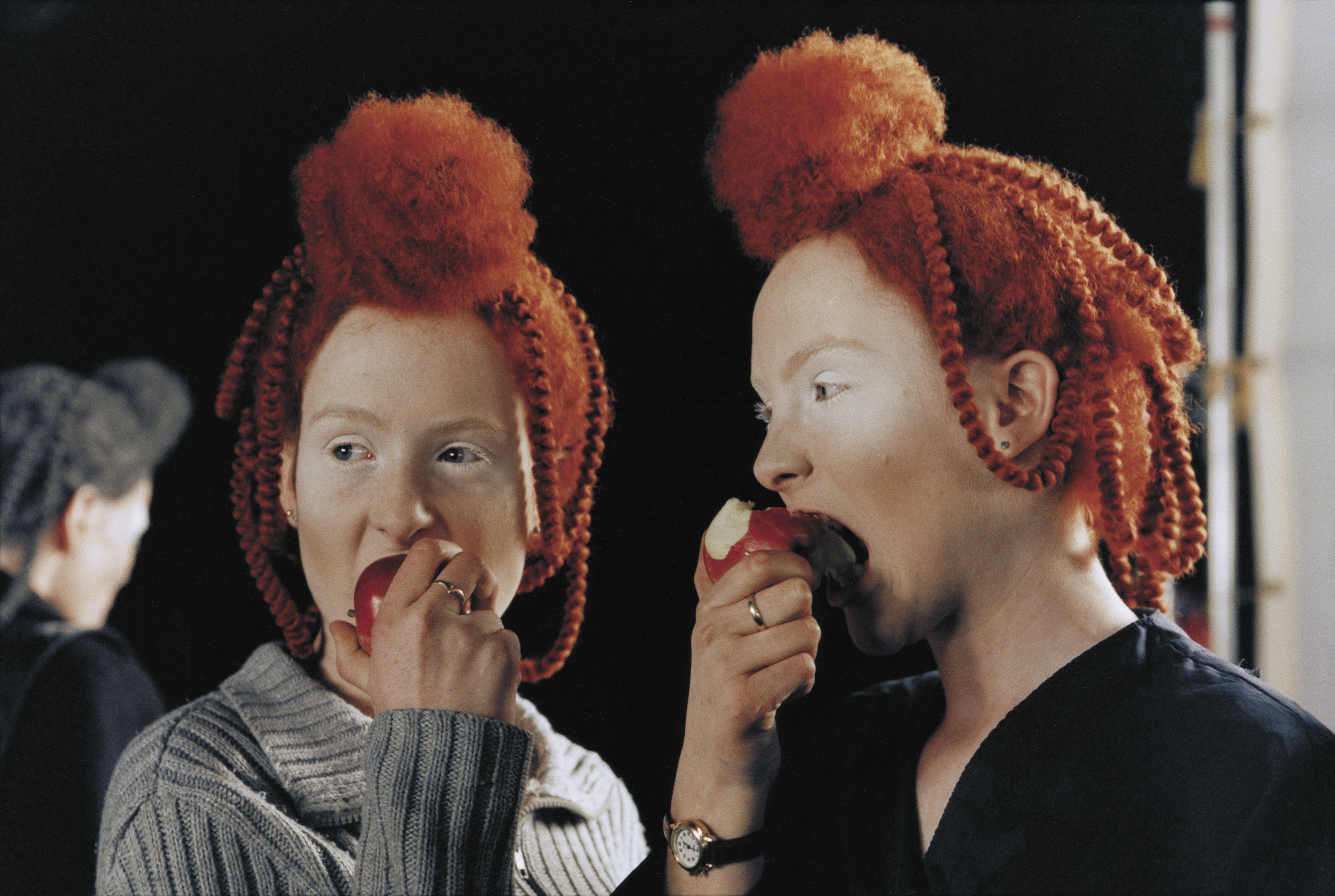 Looks from McQueen’s “The Overlook” collection from fall 1999. Anna Ray/Courtesy of Barrett Bar

The diverse archives include analogue photographs and their creator said mortality affected her decision. “Even if it sounds a bit crazy, I know that I will not be here forever. You know how you [wonder], ‘What if something happens to me tomorrow? Who would be in charge of this? And most importantly who would transmit it the right way?’” she said.

After McQueen committed suicide in 2010 at age 40, there was “a lot of noise and a lot of people talking and telling stories,” she said. “Some were true. Some were not so true. I was very aware of my responsibility and I wanted to honor the trust he gave me. And [I wanted] to transmit his legacy in the most accurate way and with the most respect and dignity to people, who never met him, to people who had met him and to the future generations.”

The artist and McQueen met in late 1996, because she had been doing some work for Givenchy with John Galliano as the house’s chief designer. After Galliano exited for Dior and McQueen succeeded him, Givenchy executives asked her to spend a considerable amount of time with him to photograph the creation of his first collection.

In August 1997, he lined up Ray to shoot its creation, backstage and other elements. “He had no money. He said I cannot pay you so I will try to make a deal with you. You will give me photographs and I will give you clothes. And I said ‘OK,’” Ray said.

After McQueen exited Givenchy in 2001, he and Ray continued to work together. Hesitant to speculate about why McQueen had such trust in her, Ray said that throughout her career, for reasons that she cannot explain, many of the actors, filmmakers, conductors, musicians, dancers and choreographers that she has been lucky enough to work with trusted her and have given her access. Known to be discreet and very respectful, Ray said she and McQueen shared a mutual shyness. As for what others might not understand about him, the photographer said it would be amiss to call him a fashion designer because he was an artist. “He was a man with a vision and he was trying to express his vision and stimulate people in one way or the other — to raise questions, to provoke and to interrogate people with what he was doing,” Ray said. 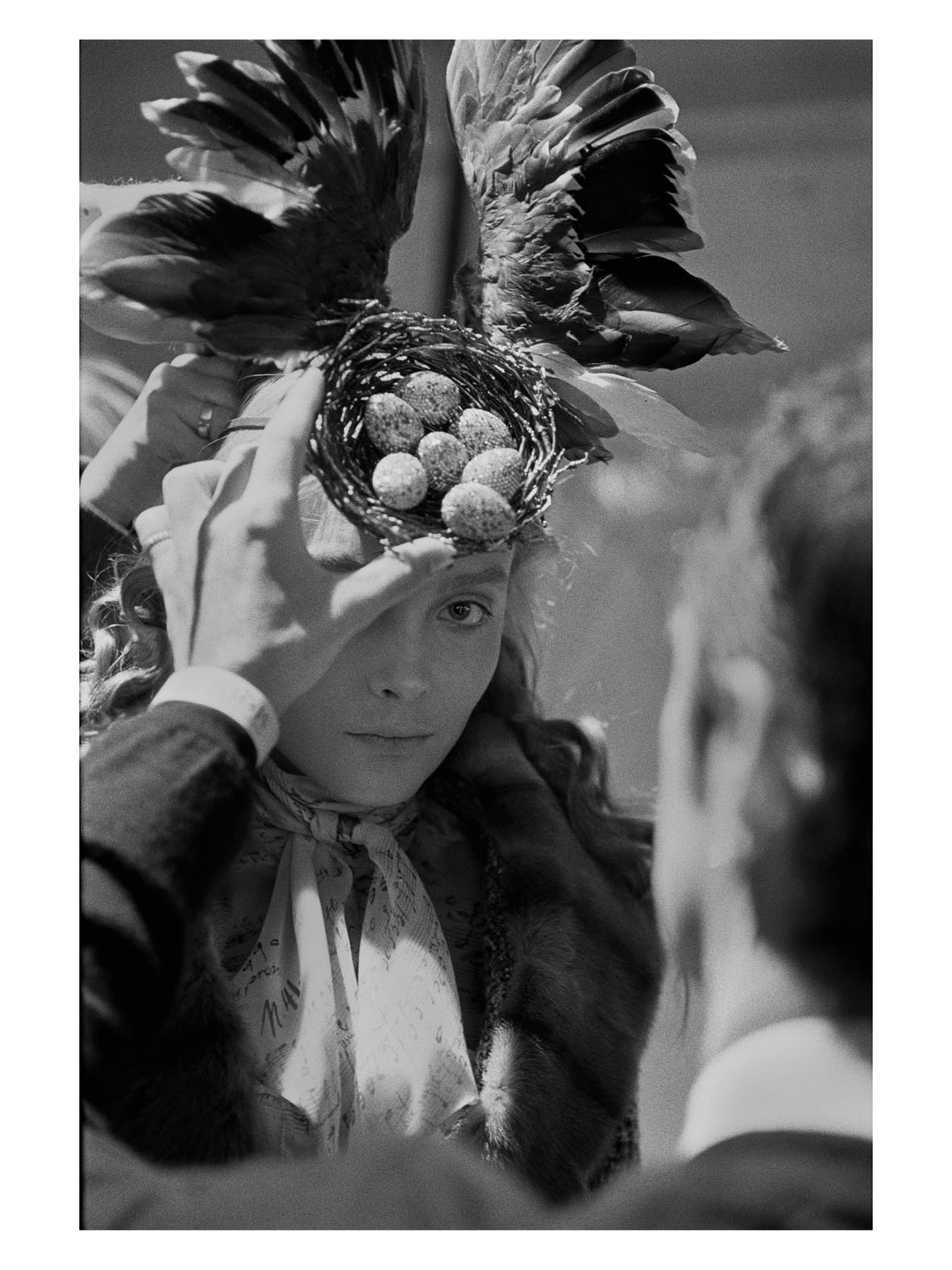 Cycle, 2006, “The Widows of Culloden,” fall 2006 with headpiece by Philip Treacy and Swarovski crystal eggs by Shaun Leane. Anna Ray/Courtesy of Barrett Bar

With talent in spades, McQueen’s vision included context, environment and more with him selecting specific women like Kate Moss, Erin O’Connor, Karen Ellison, Naomi Campbell and Carmen Kass for each mise en scene. Having previously organized an exhibition in Arles about McQueen a few years ago, Ray sees the opportunity for different types of global exhibitions, including ones with garments and photographs. The archives can also be used for conferences or books, according to Ray, who will remain involved with how they are used. Monthly working sessions are held so that they can look at the archives together and she shares stories about the images. “The archives are my memories,” she explained. “They are my experience over 30 years.”

As for what is needed to revitalize fashion photography, Ray said, “…less retouching. At the end of the day, fashion will always be about people, creating desire. People want to be in a big, big landscape, or to dream, or want to be beautiful, or to wish…now more than ever we need to dream and to identify ourselves. I am not sure in many fashion photographs that you can really identify yourself…” 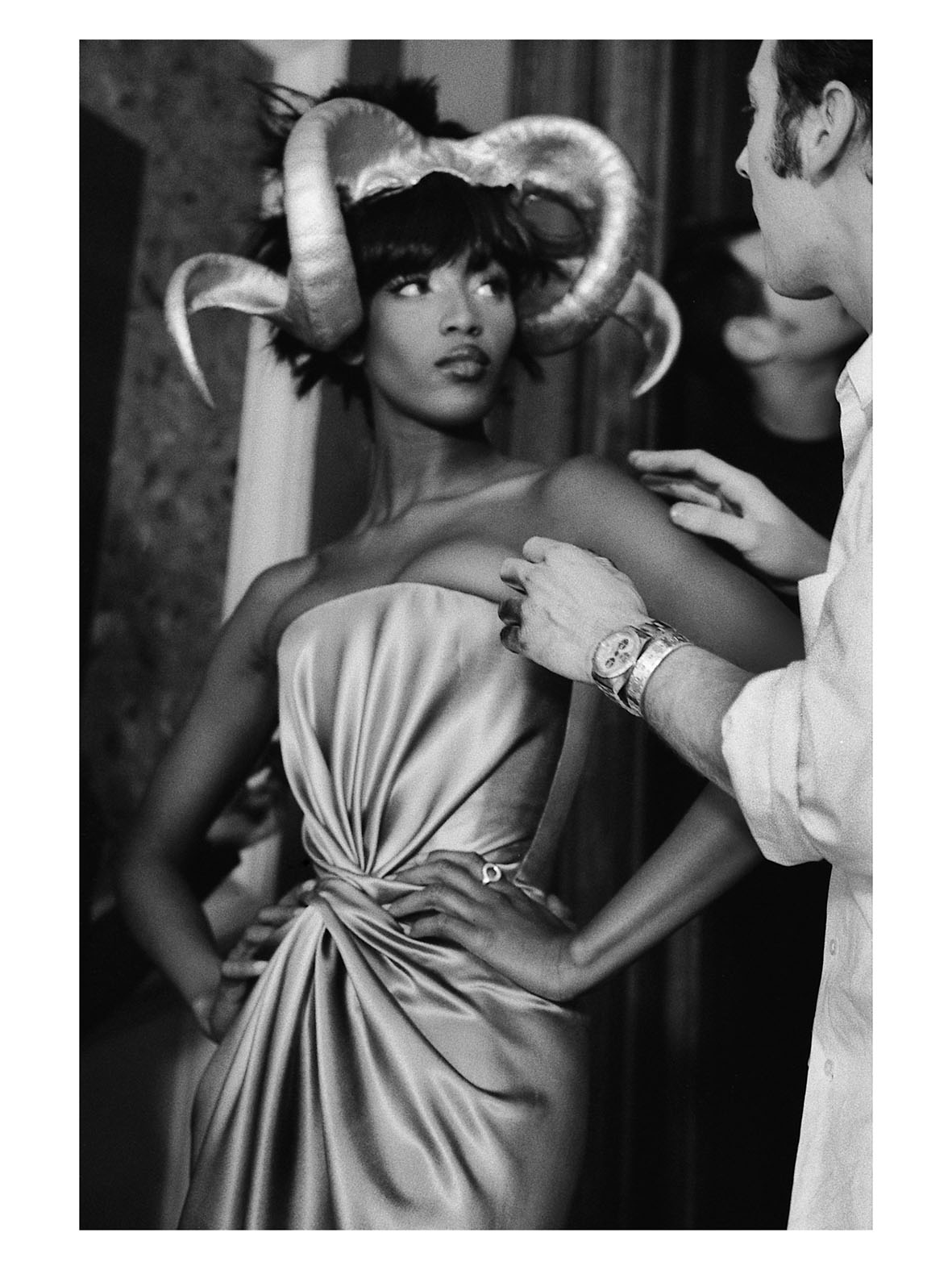 A look from the spring 1997 Givenchy Couture collection, “The Search for the Golden Fleece,” on Naomi Campbell. Anna Ray/Courtesy of Barrett Bar

The more light and humanity that you can find in fashion photographs the better, she said. “And dream. Dream is an important word. We need to dream.”

From her perspective, current fashion photography is too efficient, too slick and too perfect. When something is touching your body as clothing does, there is always something spontaneous, accidental or surprising that exists. “I miss that,” Ray said.

In fact, one of the most beautiful images she has ever seen was by Tim Walker. Whether it was a fashion one or not is irrelevant since classification does not mean anything to her. The image was of Tilda Swinton wearing a red dress and walking toward the sea that was shot from the back. “You couldn’t see her face. It was so powerful and so mysterious. It was just about dream and beauty.”

Partial toward long-range projects, she has been working on one called “Blind Confidence” since 2004. It consists of about 230 portraits of established and emerging artists with their eyes closed. The idea of the book and exhibition is that people may discover an artist, conductor, musician, a visual artist or other creative that they might not be familiar with. Actor Willem Dafoe, dancers and choreographers William Forsythe and Mikhail Baryshnikov, opera singer Natalie Dessay, the late photographer Lillian Bassman and other notables have been shot for the project. “I’m really just transmitting. I am the link between the future audience and my work,” Ray said. “I think I will keep working on the book all my life to be honest.”

A series of 50 portraits was featured in an exhibition in 2019 In Venice and 60 prints are going to be shown at Galerie Pierre-Alain Challier in Paris gallery that is planned for May/June 2022. She also continues to work with the Paris Opera as she has for the past 15 years. A book about movement and the art of dance is in the works. Collage is another area of interest and one that she has worked in for the past two and a half years. Her first exhibition in that medium is planned for March/April 2022 at the Galerie Sabine Knust in Munich.

Writing is another medium that she has practiced for years and there are three finished novels to prove it. Adept at photographing and filming in short-format, Ray is embarking on her first fiction movie. Her Oscar-winning filmmaker friend Volker Schlondorff advised that she create a screenplay first. “I guess I am a storyteller in a way,” she said.