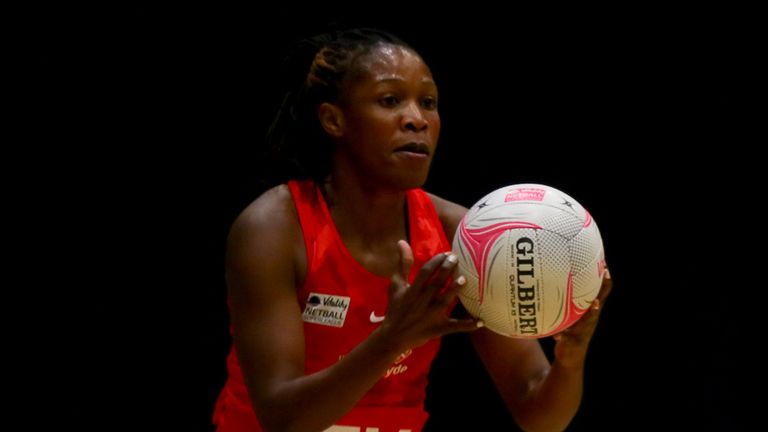 Strathclyde Sirens, Team Bath Netball and Loughborough Lightning were all victorious on Saturday, as the Vitality Netball Superleague reached the halfway point.

The trio of teams all used fast starts in order to lay platforms for their victories, and all are now able sit back and watch the rest of the weekend’s action.

A bumper few days of netball will then conclude on Monday night, when Wasps duel with Mavericks and Rhinos clash with Thunder.

Sirens have too much for Storm Strathclyde Sirens put their loss to Loughborough Lightning behind them and secured their fourth victory of the season courtesy of a 45-33 triumph over Surrey Storm.

After Lightning had accelerated away from them just 19 hours prior, Karen Atkinson had asked her players for a “scarily improved” performance on Saturday. The Scottish franchise acted upon her words straight away; they started well and remained in front from start to finish.

Sirens enjoyed a cleaner first quarter than Storm, and that helped them to create a three-goal lead at quarter time.

After the first pause, they maintained their slick route to goal. Gia Abernethy continued to lead their charge from mid-court, and Emma Barrie’s accuracy ensured that they pressed 19-11 ahead.

At that point, Storm, who had made eight unforced errors in the first quarter, introduced 16-year-old Sophie Kelly at GA and increased their intensity in defence.

The changes at both ends allowed Storm to finish the half strongly, however, Sirens remained in the driving seat as the half-time buzzer sounded.

While Sirens remained unchanged for the third quarter, Mikki Austin made further amendments. She took herself off, shifted Yaz Parsons to Centre and deployed Emily Gulvin off the bench to try and re-invigorate their attack-end.

Despite some more positive spells from Storm, and the fourth quarter being the closest of the match, Sirens had already put in the hard yards and kept their tally moving in the right direction until the final whistle.

Vitality Netball Superleague teams will observe a two minute silence before their fixtures this weekend in memory of His Royal Highness The Prince Phillip.

Players will also wear black armbands as a mark of respect. pic.twitter.com/n9bKqajoLu

Team Bath Netball made it 10 victories from 11 matches in the Vitality Netball Superleague with a 37-27 result against London Pulse.

Anna Stembridge’s side used a 15-7 first quarter to set them off on the right path and having faced Leeds Rhinos Netball on Friday, they can now focus on training ahead of Round 12.

This season, when Bath are given the opportunity, they play rapid netball. From the first whistle against Pulse, they put their foot to the floor and caught their opponents napping.

After Bath had scored the first seven goals without reply, they moved 10-1 up, and only then, did Sam Bird’s team start to respond.

Sigi Burger and Lefebre Rademan stopped being caught out so much by Eboni Usoro-Brown and Layla Guscoth, and tips and deflections started to arrive in defence.

Changes for Q2: Rothwell to GA, Dekker to WA, Keable to GK, Adio to GD – Rademan and Everitt to the bench

Bird used the second quarter to introduce the experienced Lindsay Keable and move Halimat Adio out to GD. She also shuffled proceedings further up the court and it resulted in a drawn quarter, as Pulse kept possession well and won a greater amount of ball.

Throughout the second half, both outfits kept each other at bay and a lower scoring period ensued. Bird continued to tweak Pulse’s line-up, while Stembridge handed a Superleague debut to Kirsty Harris and tried out a Kim Borger and Betsy Creak shooting combination.

The final 12 minutes contained a wealth of turnovers, and while Pulse continued to raise their game, Bath had the benefit of that enormous first quarter to fall back on.

I’m a bit disappointed with how we finished that game really, as you can probably tell because I’m not good at hiding my emotions. We got the win, but we’ve got so much growing still to do. There were inconsistencies over both games this weekend, so I think it’s about going back to the drawing board and then coming out hard at the Copper Box in a few weeks. 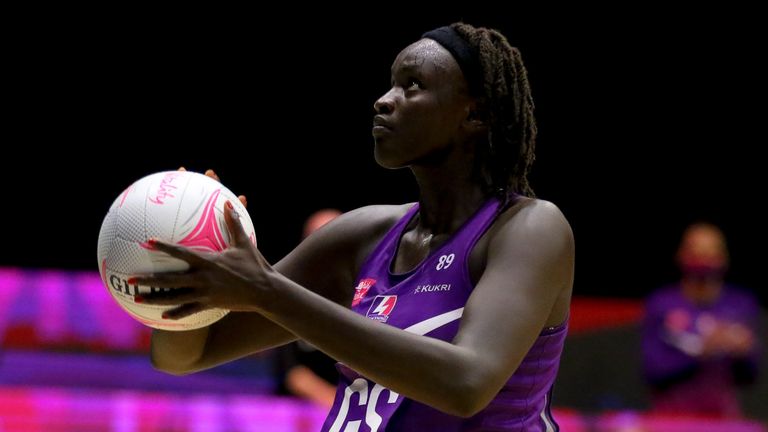 Loughborough Lightning made it two victories in the same number of days and showed the strength of their squad, as they dismissed a Celtic Dragons side who remain winless so far this season.

Over the course of their two matches, Lightning put 134 goals on the board and on Saturday, Tania Hoffman’s team just weren’t able to make significant inroads to prevent the feeds into Mary Cholhok.

Dragons went into encounter fielding a new line-up. With Laura Rudland and Leila Thomas unavailable through injury, Annika Lee-Jones stepped in at GS.

The Australian import, who can play in both circles, looked fairly comfortable early on and Shona O’Dwyer worked well through court, with Rebekah Robinson and Amy Clinton in front of her.

Despite Dragons’ initial productivity, Lightning’s through-court defence enabled them to blow the scoreline out in the second quarter.

Jas Odeogberin and Lauren Nicholls were both enjoying their starts at GD and WD, and Lightning held a comfortable 32-12 lead at the midway point.

In the third quarter, Dragons reverted to Robinson and Clinton being in their shooting circle and Lee-Jones switched to GK. Despite being so far behind on the board, they never gave up and fought for every ball.

Meanwhile, Bayman took the chance to look further at two of her younger players – Hannah Williams and Annabel Roddy. Lightning remained in full control, winning the third and fourth quarters by 17 and 16 goals respectively.

Sky Sports is your home of netball. The Vitality Netball Superleague continues on Sunday with three matches streamed back-to-back on the Sky Sports YouTube channel from 2pm.