UFC flyweight Brandon Royval had his shoulder popped back into place by his trainer after a stoppage loss to Brandon Moreno.

The American was finished in the final second of the opening round in his UFC 255 undercard fight. 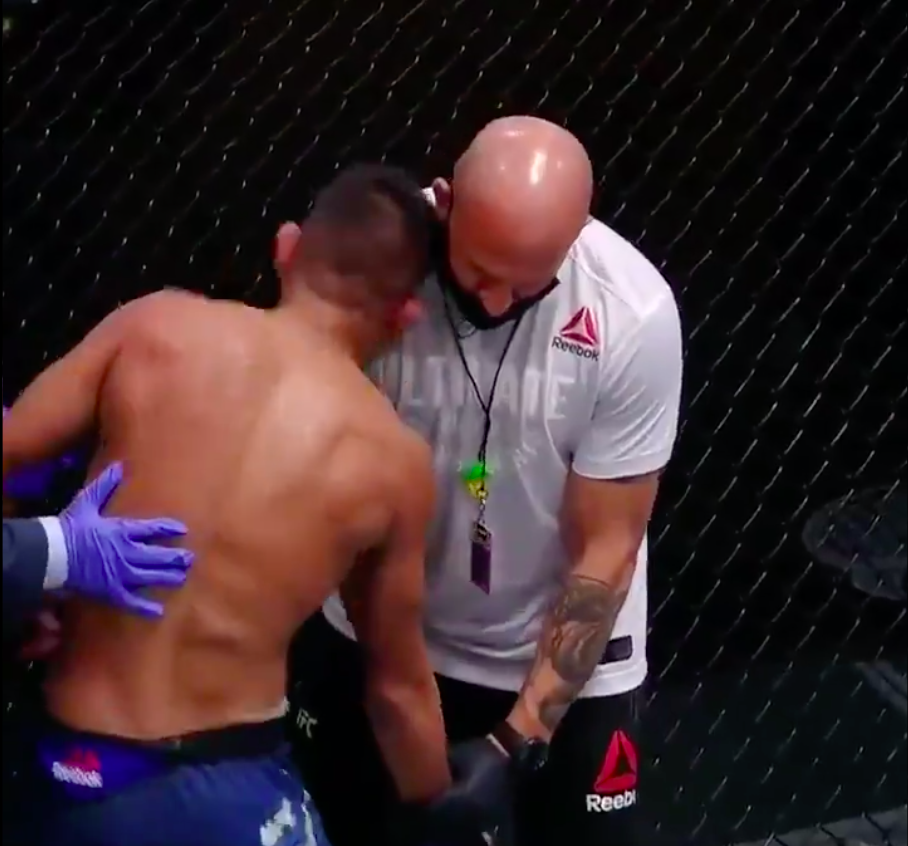 During the exchanges on the matt, Royval's shoulder popped out leaving him wincing in agony.

The ref then stopped the action as Royval shipped too much punishment but replays revealed him trying to pop his own shoulder into place on the floor.

Afterwards, the 28-year-old was then captured having his shoulder put back back into place by his trainer Marc Montoya.

Fans online were full of praise for Royval – who tried his best somehow pop his shoulder back in and cover up on the floor.

One said: "My guy tried to pop his shoulder back in while eating hammer fists, Royval is different man."

Another said: "Oh man. Royval dislocated his shoulder. Horrible way for this to go."

One added: "Royval was trying to pop his shoulder back into place whilst he was taking shots on the ground, win or lose the kid is a badass."

Monreno, 26, continued his winning streak to go five fights unbeaten and keep his place as the No1 contender.

The Mexican was frustrated not to have challenged champion Deiveson Figueiredo, who topped the bill by facing Alex Perez.

But Monreno is sure to be next in line for the belt following his unorthodox stoppage win.