Wempe to Launch First E-commerce Site in the U.S.

Wempe U.S. president Ruediger “Rudy” Albers was among the many retail executives immediately thrown off course at the coronavirus’ onset. But little did he know that more than a year later, the two stores under his tutelage would be the only ones in a global fleet of 34 to remain open as the pandemic continues its spread, increasingly so across Europe. He is now managing the weight of the company while also preparing Wempe’s U.S. division for a modernized new era with the launch of its first e-commerce site.

“We [in the U.S.] seem to be pulling out much sooner than we expected. Even since the beginning of the year, we’ve made great strides, but sadly that’s not true for our European colleagues,” said Albers of the company’s hard reality. Presently 32 of Wempe’s 34 stores remain closed since December due to strict lockdown requirements in countries including the U.K., France, Austria, Spain and Germany. In the U.S., the company has a flagship within the Peninsula Hotel at 700 Fifth Avenue, and a few blocks up also manages the Fifth Avenue Rolex boutique as part of a retail partnership.

Wempe, founded in 1878, continues to be a family-run operation — a sentiment that is strongly felt in the way it conducts business. To the company, clients are part of that family — and so it was first up to Albers to fashion a way in which Wempe could maintain those relationships under unprecedented conditions. 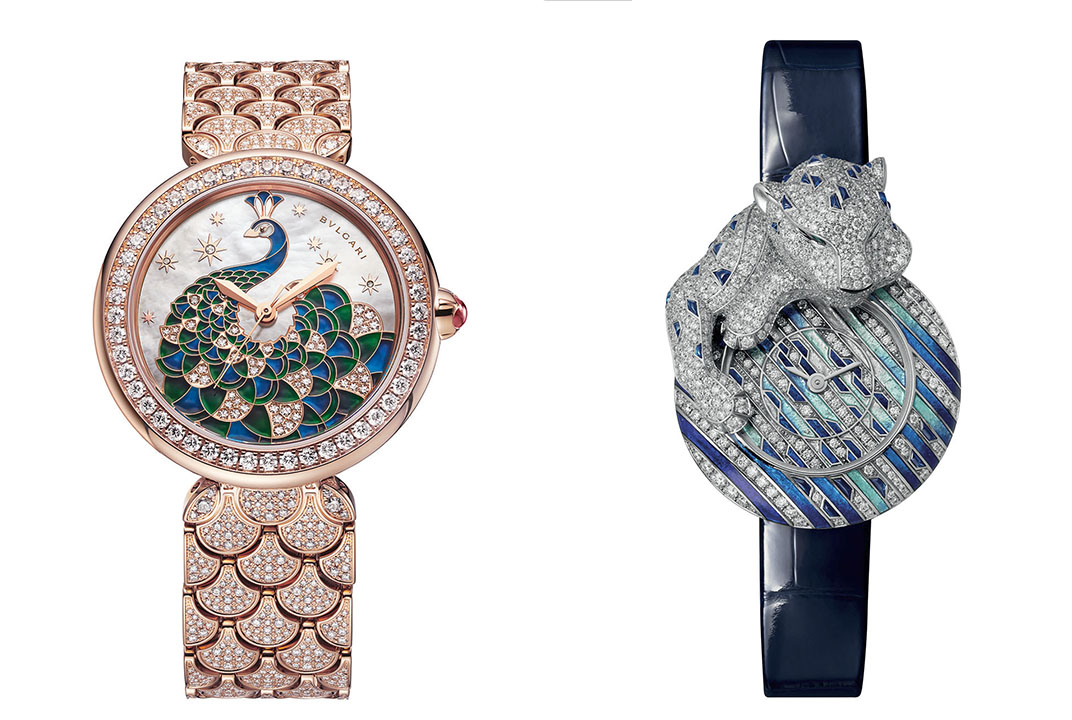 Wempe reopened in New York before it did in Europe (prior to that region’s reclosures during the winter), and became a guinea pig market for curbside pickup — which was renamed ‘Click and Collect’ in Europe. This format, Albers says, has been a saving grace for the company’s business.

“It has been very challenging but nonetheless our team was trying to cultivate and maintain these relationships with clients by doing house calls and finding ways to do business. Our initiative at the beginning with curbside pickup has certainly been some inspiration. All of our managers are very entrepreneurial in spirit and when you have no money coming in you have to find a way to connect with clients — our relationships are very strong and have been nurtured for many years,” said Albers.

“One manager delivered a piece of jewelry to a client and it turned out that they stayed to cook a meal together. Everyone is home alone and lonely and it was a fun experience for both. We would have never thought that you can do business in such a virtual fashion, but people have birthdays, anniversaries and want to celebrate. We have customers who have done well despite all of this and they want to treat themselves,” added Albers.

He said that the highest-end watches have been the best performers throughout the pandemic as people look to make an investment of “lasting value,” particularly as many have accumulated savings in the absence of vacations and lavish dinners.

As life normalizes, Albers said that he expects shoppers to flock to styles with a lot of color. “From what I have seen, green has been the new darling — especially on watch dials. I think people in the Northeast are coming out of winter when they’ve been cooped up and have a desire to brighten their wardrobe, including a strong-looking watch,” he said. 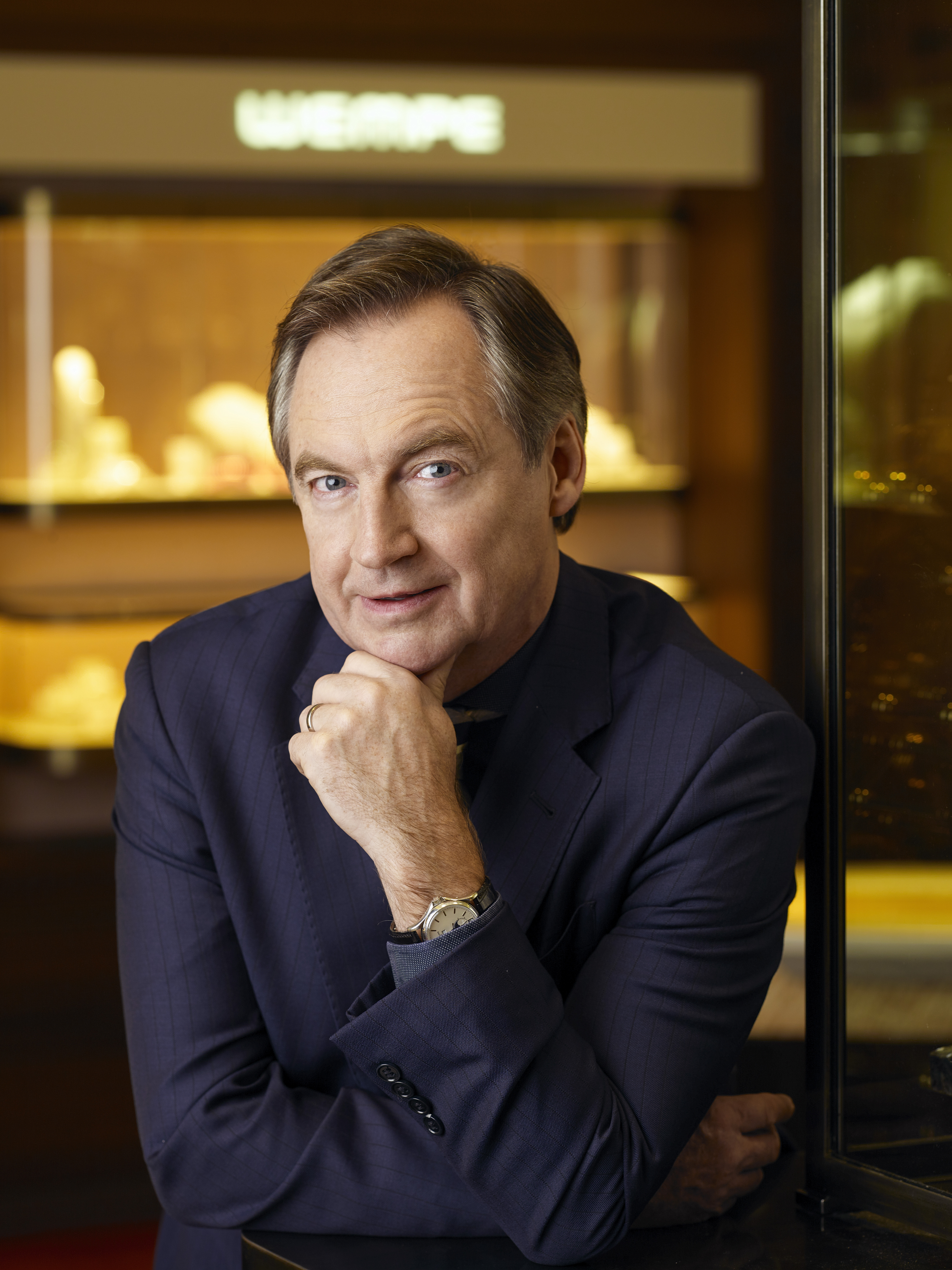 He is also planning for a growing consumer base for high-end women’s watches. “Years ago, there wasn’t even a watch with a mechanical movement available for women. Luckily there is also an interest from women for complications. Patek [Philippe] was one of the first ones with a perpetual and annual calendar for ladies. They really drove the mechanical, high-end complications for women as an initiative and now we see it from Chopard, IWC, Vacheron Constantin and Jaeger-LeCoultre,” said Albers.

With the push into remote sales, it seemed like the right time for Wempe to translate its old world, respected manner of retailing onto an online format. Now for the first time, the company is launching e-commerce in the U.S.

While Wempe’s European division overhauled it’s own e-commerce network in fall 2020, a U.S. site is expected to go live in the third quarter. Wempe remains in conversation with brands about participation in its e-commerce launch, but it is understood that Rolex and Patek Philipe will not be signing on in adherence with their policies against selling online.

“In New York I think we have tremendous potential and name recognition. We’ve been focused on brick-and-mortar for the longest time and have locations in the best cities and best addresses. The pandemic accelerated the need to invest and change our capacity,” said Albers.

He sees the site as a particularly important venue to grow jewelry sales, especially from the Wempe in-house brand. Albers declined to provide general sales projections for the site, but said that he hopes to double jewelry sales over the next few years via both in-store and online transactions. 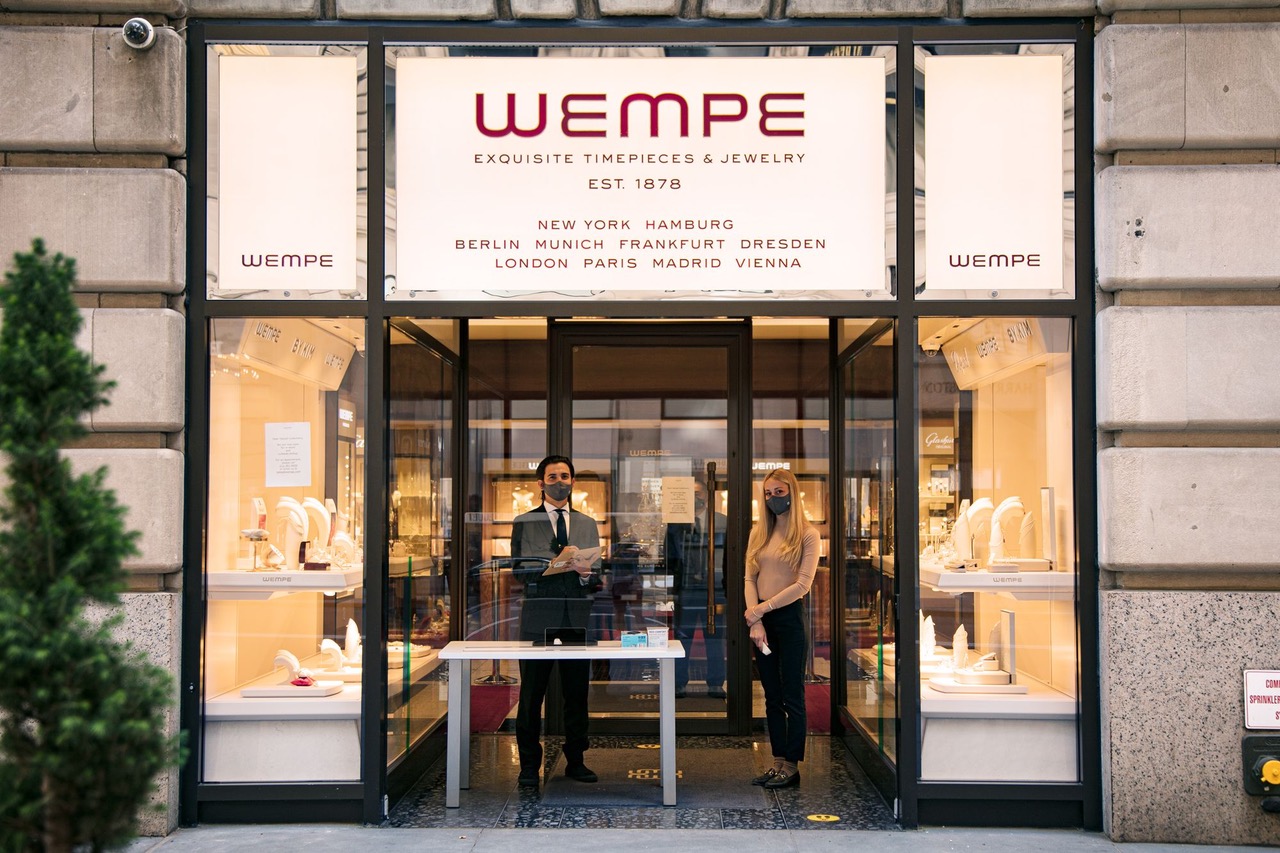 He sees the site as part of a renewed omnichannel strategy, admitting: “How often do you buy a fine luxury watch in the middle of the night without having a conversation with sales associates? We do have a major trust factor though and that helps with the price point.”

Wempe does offer an online catalogue for customers — with its website showing most styles available in-store from all its brands, including pricing. But as far as a click-to-buy function, Albers said: “Wempe is sometimes late to the party but when we show up, we dance the longest.

“We are a family-owned business and we have certain limitations on how quickly we can implement things. When we do, we are very thoughtful in the process and usually the end result is better because we are not the first one to do it, we can avoid the pitfalls that other people made.”

As for the Wempe flagship on Fifth Avenue, Albers said foot traffic is steadily creeping back up. The store, he said, is currently at about 80 percent its pre-pandemic traffic. Shoppers primarily consist of people coming from U.S. regions within a few hours’ driving distance of New York City, but further-flung tourists are arriving as well.

“You start talking and find out they just got off the plane and you think, ‘hmm, shouldn’t you be quarantining?’ So we are starting to see an increase there, but I think as quarantine conditions are lifted, traffic will go up. Hotels are opening, The Peninsula opens on June 1, and a lot of other places are opening simultaneously. That comes with the majority of people being vaccinated or able to get vaccinated,” he said.

The store’s staff continues to work in two shifts with regular testing and branded Plexiglass walls installed along the caseline. As vaccines become available to all adults in New York state this month, Albers said he plans to give employees time off to get vaccinated on a rolling schedule.