WEST HAM boss David Moyes will reportedly pocket a £2million bonus for keeping the Hammers in the Premier League.

The East Londoners drew 1-1 with Manchester United at Old Trafford last night which confirmed the club will be a top flight side again next season. 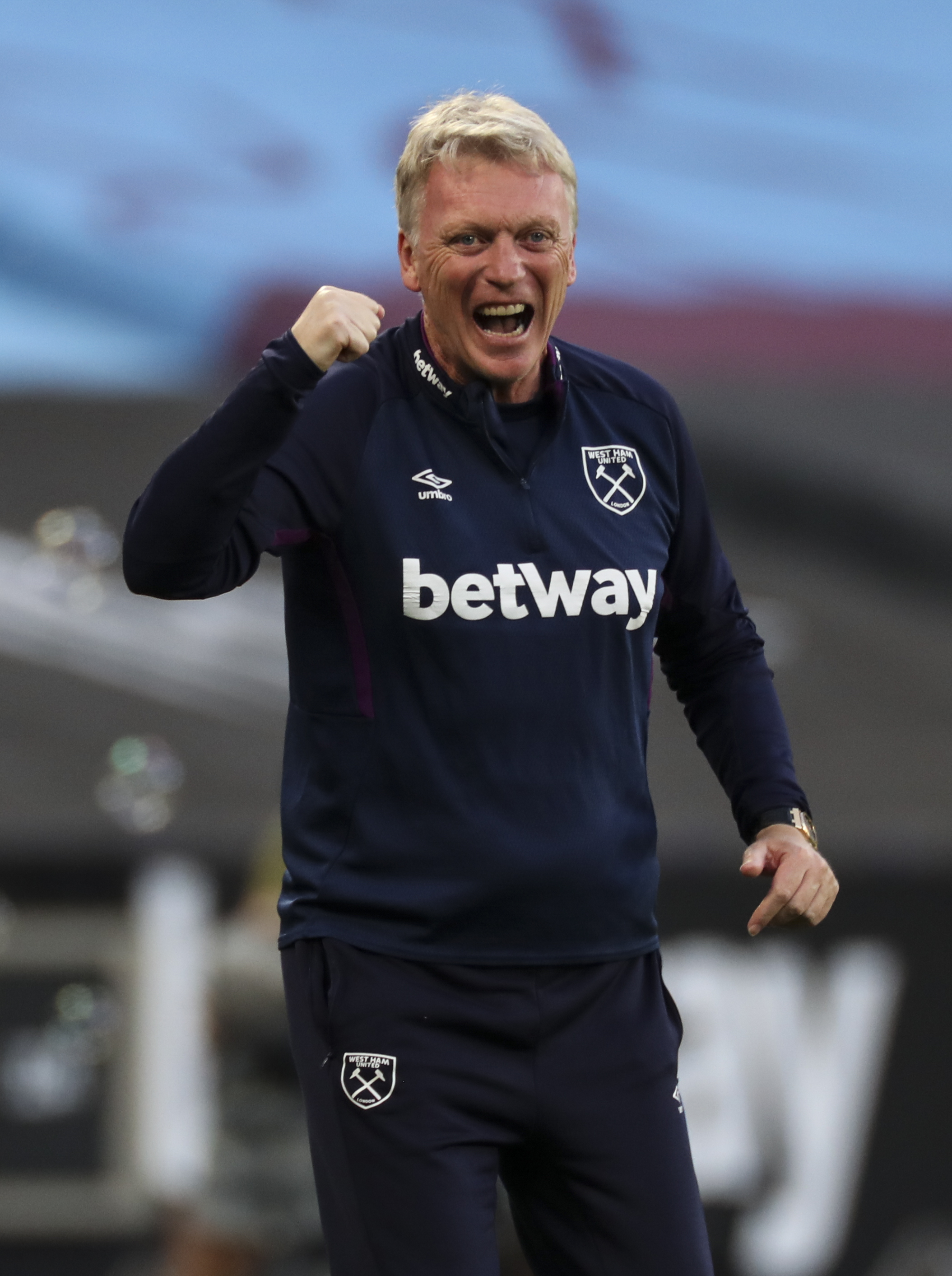 The Scot signed an 18-month deal when he took over from Manuel Pellegrini in December but had a disastrous start to his second spell in charge of the club.

After a first game home victory against relegation threatened Bournemouth and an FA Cup win at League One Gillingham, the Hammers won just one of their next 12 games.

There were widespread protests against the board and the majority of fans were underwhelmed with the 57-year-old's appointment.

But an excellent run of form since lockdown has seen the Irons pull away from trouble and will see the veteran boss land the extra cash, according to Sky Sports.

They now sit 15th heading into the last game of the season at home to Aston Villa on Sunday.

And there seems to have been a shift in opinion towards Moyes with fans now imploring the board to back him in the summer transfer market.

The club's player-of-the-season in waiting Declan Rice rushed to hug Moyes after his screamer in the Hammers' 3-1 win over Watford at the London Stadium last Friday.

And the former Everton and United boss is said to be popular among the players.

Michail Antonio has been in scintillating form since football returned from the coronavirus blackout.

The goal was the 30-year-old's tenth of the season – his best ever Premier League tally.

But incredibly, eight of those have come in the nine games since lockdown making him the League's highest scorer since football returned.