WEST HAM are reportedly set to make a second bid for Leeds superstar Raphinha despite hot competition from Barcelona.

Reports in Spanish publication Sport say that Hammers manager David Moyes is keen to snap him up. 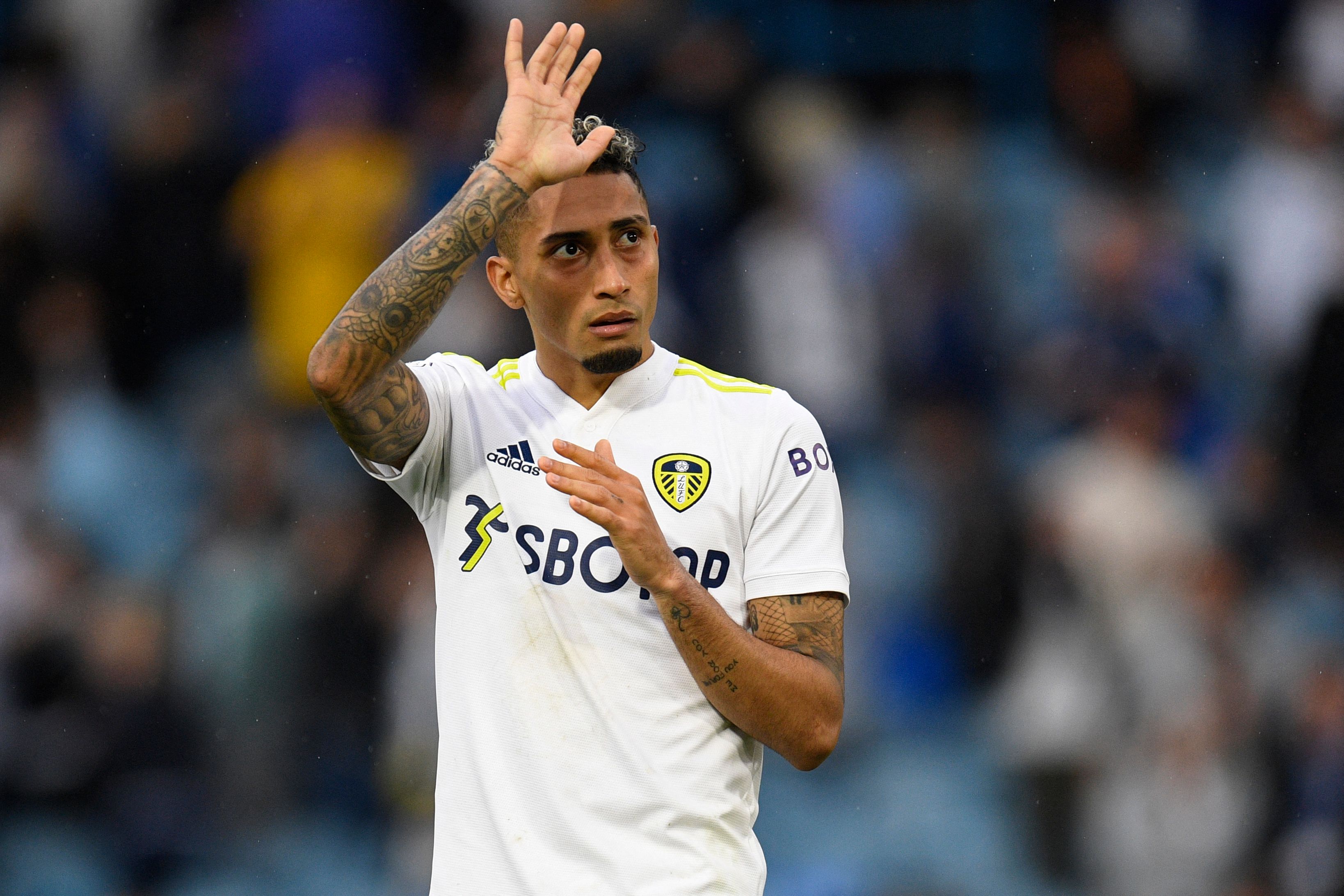 A few months ago the East London side attempted to sign the explosive winger but their bid was immediately rejected by Leeds who want to keep Raphinha at the club.

His contract is due to expire in 2024 but reports suggest this will be his last season at Elland Road, especially if they are relegated from the Premier League.

His current value is set at a staggering £64million but if he does find himself applying his trade in the Championship there is a release clause that would only set back any interested clubs £21m to get him out of his contract.

Barcelona are the current frontrunner for the 25-year-old and are willing, according to reports, to cough up the £21m release clause – and would make a similar offer even if Leeds avoid the drop.

Leeds United are currently sitting 17th in the table, a mere two points ahead of Everton who occupy the relegation zone and have a game in hand.

If West Ham are to secure Raphinha they will have to hope any deal with Barcelona falls through as the Catalans are understood to be the player's first choice.

Barca are looking for a possible replacement for Adama Traore who’s loan deal from Wolves is set to end in June this year.

Despite a great start at Nou Camp, with four assists in his first seven appearances, Traore’s recent form has seen a dip resulting in him only spending 25 minutes on the pitch in his last four appearances.

Both the Irons and Barca will understandably be keeping a close eye on the relegation battle to see if they can snag a bargain for Raphinha.

He has been in incredible form and is the shining player in a disappointing season for Leeds.

Raphinha has scored 10 goals so far this term but is involved in almost every good play his club musters.