Home » Lifestyle » Why does a gay sportsperson feel the need to come out publicly? Here’s why

Why does a gay sportsperson feel the need to come out publicly? Here’s why

Since Las Vegas Raiders defensive end Carl Nassib, 28, came out as gay earlier this week — the first active NFL player to do so — that appears to be the question many people have asked. 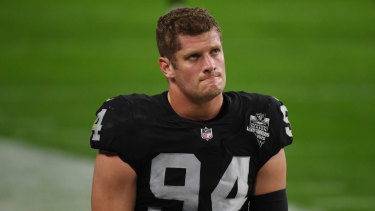 There are two ways to consider this very simple two-word response. The positive view, as expressed to me by several readers, is that people are so comfortable with the LGBT community that they don’t feel a need for someone to “come out”.

To them, I say thank you, although sense it underplays the unnecessary shame and guilt most suffer when coming to terms with their sexuality.

The negative position is that such a public declaration about someone’s private life is self-indulgent and grandstanding.

As someone tweeted me earlier this week: “Why do gay people think that people care about what you do behind closed doors I’m sick of this were [sic] everyone has to know who is gay I couldn’t give a shit how about keeping what your sexual preferences are to yourself why do gay people have to tell everyone I’m special I’m gay.”

Why do gay people think that people care about what you do behind closed doors? Exactly! Alas, we still had a very ugly and divisive same-sex marriage plebiscite. And Israel Folau is obsessed with it.

Public figures announce their sexuality publicly for various reasons, although I’d suggest it’s not for attention-seeking purposes. For someone to consider them “special”. It’s easier to stay firmly in the closet. It’s more likely the public statement is the final part of the coming out process.

“It’s about him being free of the chains and the weight that have held him down for years,” former rugby league international Ian Roberts said of Nassib. “It’s frustrating when people say, ‘Who cares?’ The people who say this don’t know what it’s like to suffer prejudice. These people don’t know what it’s like to be brutalised, to be made to feel like they’re nothing. Who cares? I care.” 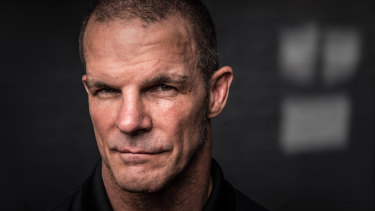 It’s been so long since Roberts became the first — and only — rugby league player to come out that I’d forgotten why he actually did. It is a staggering 27 years since he confirmed rugby league’s worst kept secret. So I called him to ask why he felt the need.

First, Roberts wanted to share why he had not come out sooner.

“I wanted to come out in the late 1980s when I was at Souths but didn’t,” he said. “Then I wanted to do it when I went to Manly. But then Justin Fashanu came out in the UK and I saw the negative reaction, and it made me think twice.”

Fashanu, who played in the English Premier League, came out in 1990 on the front page of The Sun. The backlash was fierce and his life spiraled. He committed suicide in 1998 following claims from a 17-year-old man that Fashanu had sexually assaulted him.

“The other thing that held me back were the murders of gay men in Sydney,” Roberts said, referring to the spate of gay hate crimes of the late 1980s and early 1990s when gay men were thrown off the cliffs at north and south head with police turning a blind eye. “That was quite scary for me, too. I was quite traumatised by that.”

By 1994, however, Roberts no longer wanted to live a lie.

“It was the worst-kept secret in the game and when I went on the 1994 Kangaroo tour, I decided I was going away as a gay man — that was it,” he said. “I thought, ‘They can deal with it however they want to deal with it’. I know it sounds cliched to say it, but it was just me living my own truth.”

The world has changed dramatically since Roberts came out, but it’s a long way off becoming a world where nobody truly cares about sexuality.

Who cares? The young people struggling with their identity just might. Nassib’s courage has saved lives.

He donated $US100,000 to youth suicide prevention organisation the Trevor Project when he made his announcement, citing statistics that one in five LGBT youth commit suicide in the US. The numbers in Australia are similar.

“There are kids in the suburbs killing themselves,” Roberts said. “That’s why it matters.” 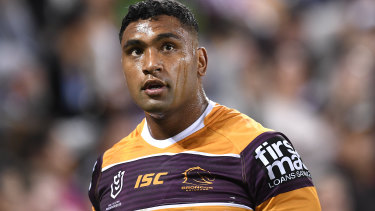 How will Ben Ikin handle the likes of Tevita Pangai jnr?Credit:Getty

How will Ikin go dealing with tricky player managers, many of whom he slated in commentary for Fox Sports and, in many cases, with good reason. They have long memories.

The Broncos are a five-year rebuild at the very minimum. They need a wise, cool head. The Cowboys’ former head of football Peter Parr, who is the NSW team manager, was keen on the position but was overlooked.

Kevin Walters is the wrong man for what’s needed at Red Hill, as we’ve seen this year. I sincerely hope it works out better for Ikin.

Former NSW great Laurie Daley raised a valid point on Sky Sports Radio this week: what if the Blues put 50 on Queensland again in Origin II, just as they did in game one?

Surely, a second Origin blowout will convince the NRL that their vast and hasty rule changes need to be looked at. The balance between attack and defence is grossly out of whack.

Of course, you all have different opinions.

The best email I received in a long time came this week from Uniting Church Reverend Cameron Eccleston, a Dragons fan who was bitterly unhappy the judiciary rubbed out winger Mikaele Ravalawa for four matches for a sort-of shoulder charge.

“Where is the outrage on this decision?” the Reverend raged. “Utterly disgraceful. The hit is a good old fashion tackle around the waist. The NRL’s own guide to tackling states that you lead with the shoulder and then wrap your arms around.”

THE QUOTE
”I’m not even going to bother answering that and I’m disappointed that you’d ask the question.” — Former Test leg-spin bowler Stuart MacGill when asked by Nine’s Simon Bouda if he’d been completely truthful after his bizarre kidnapping.

THUMBS UP
Jon Rahm was forced to quit the Memorial tournament when he led by six shots after testing positive to COVID-19. He isolated, recovered and then became the first Spaniard to win the US Open. “This is the power of positive thinking.” I don’t know if he’s trying to be cute.

THUMBS DOWN
I know American sport is ruthless. I know they’re hard task-masters in the NBA. I know Philadelphia’s a tough city. But the pile-on of Ben Simmons after he shat himself in the NBA playoffs has gone too far. Then again … it was pretty bad.

It’s a big weekend for … Sydney FC, who are aiming for their third A-League title in a row when they meet Melbourne City at AAMI Park on Sunday.

It’s an even bigger weekend for … Reece Walsh, the 18-year-old Warriors fullback who will make his debut for Queensland in Origin II at Suncorp Stadium on Sunday night. Hear that? That’s the footsteps of the NSW forward pack.