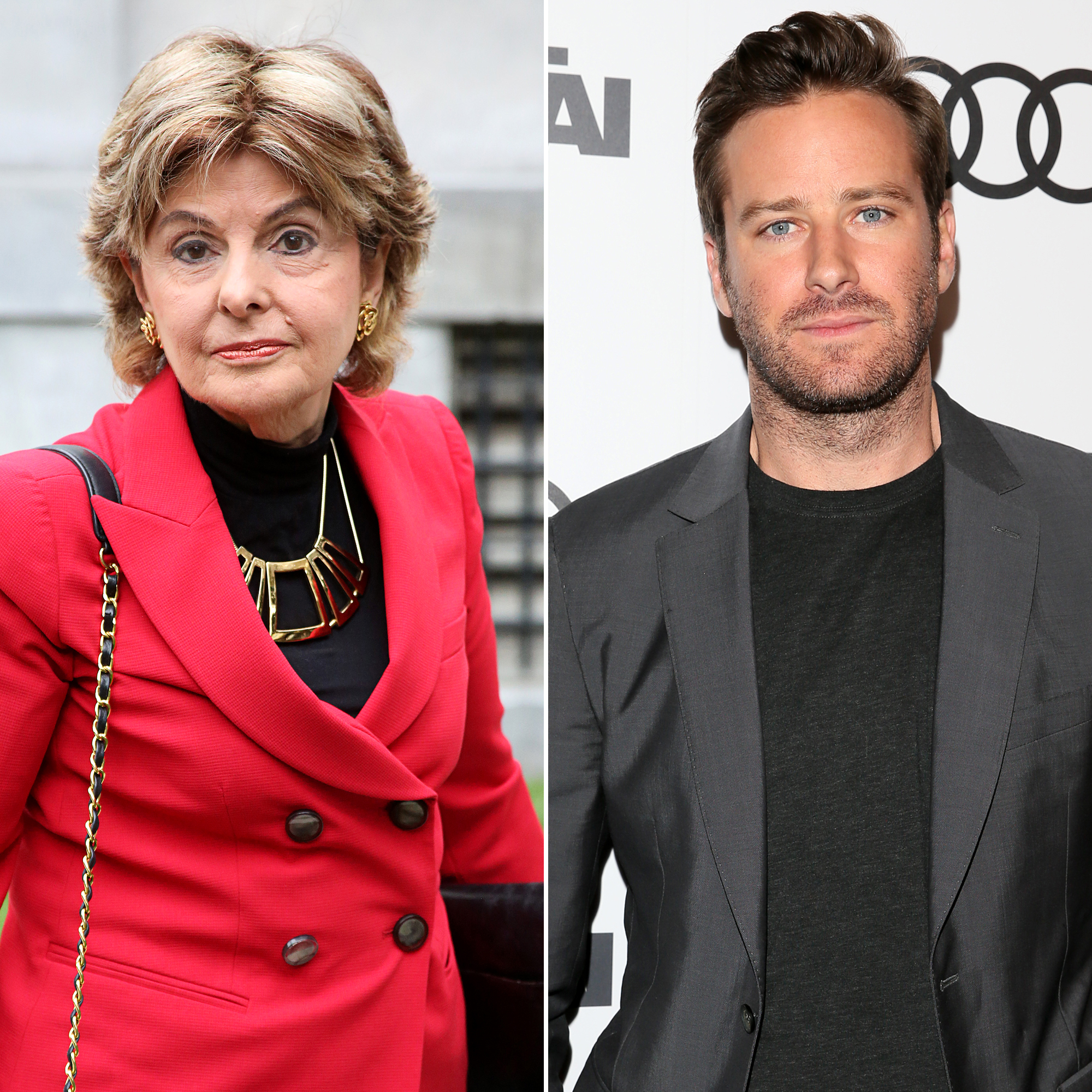 Angelova recently criticized the attorney for taking part in the Discovery+ documentary House of Hammer, which premiered earlier this month and featured interviews with several of the women who claimed they were sexually abused by the Call Me By Your Name star. Angelova herself did not participate, but the episodes included a clip from her 2021 press conference.

“It came as a shock to find out that Gloria had done an interview for the docuseries without notifying me, especially considering that she knew how opposed to it I was. It was devastating to me and to my family and felt like a betrayal,” Angelova argued in a statement to Us Weekly after calling out the “disgusting” documentary in a recent Los Angeles Times interview.

Despite reports that Angelova was the one who axed her lawyer, a source tells Us: “Gloria Allred fired Effie once she wouldn’t sign a declaration under perjury of her accusations.”

Armie Hammer’s Most Controversial Moments Over the Years

The social media personality came forward with her accusations against Hammer in a March 2021 press conference with Allred standing by her side. At the time, Angelova claimed that her off-on relationship with the actor lasted from 2016 to 2020, alleging that he raped her “for over four hours” during an April 2017 encounter in Los Angeles. Hammer allegedly slammed her head against a wall and “committed other acts of violence against me, to which I did not consent,” she continued.

Us confirmed at the time that the LAPD launched an investigation into the sexual assault claims. Hammer’s lawyer denied Angelova’s “outrageous allegations” in a lengthy statement, claiming, “With the truth on his side, Mr. Hammer welcomes the opportunity to set the record straight.”

The attorney continued: “From day one, Mr. Hammer has maintained that all of his interactions with Ms. Angelova — and every other sexual partner of his for that matter — have been completely consensual, discussed and agreed upon in advance, and mutually participatory.” 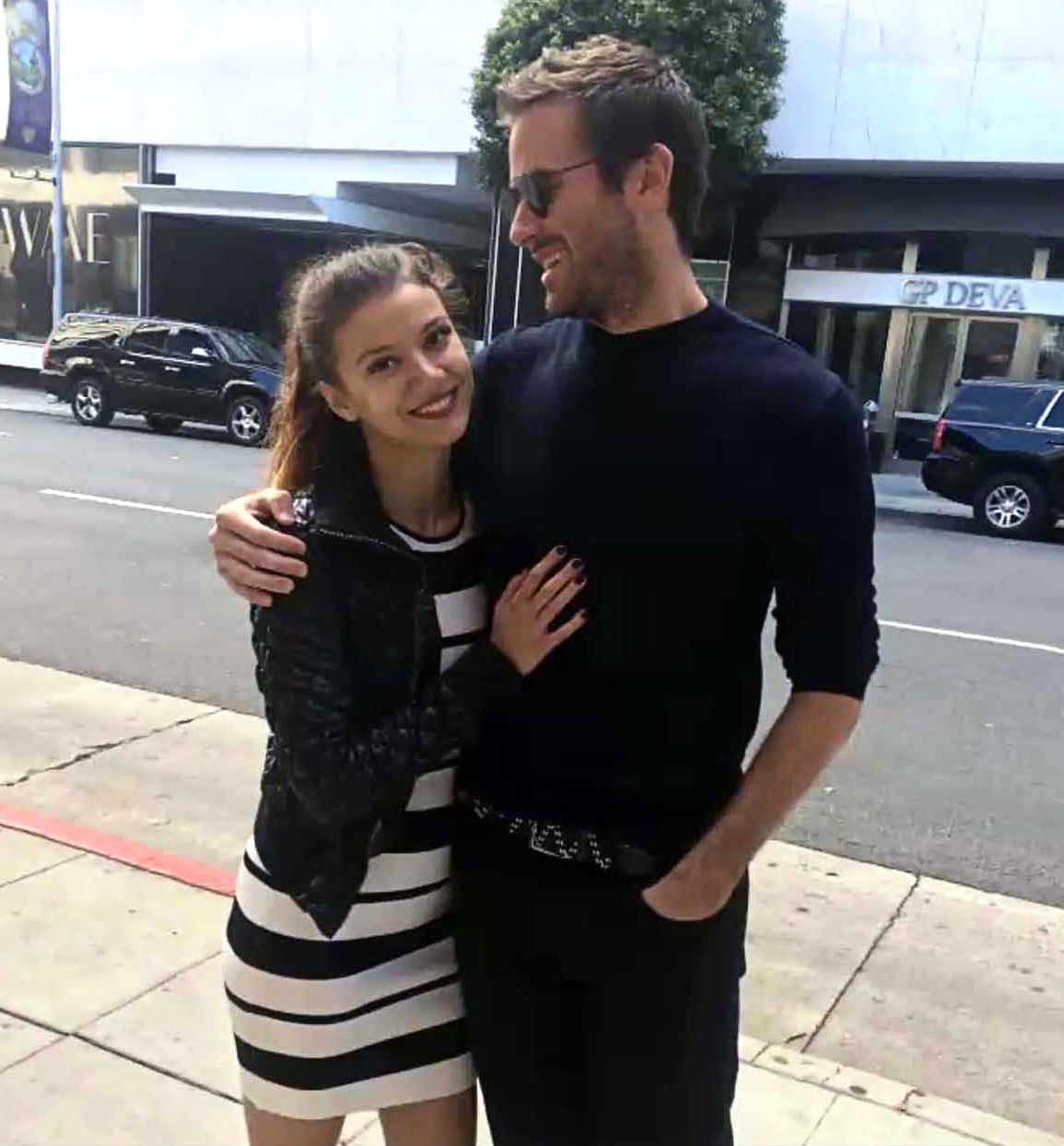 Months after the scandal made headlines, the Death on the Nile actor checked into a treatment facility in Florida for drug, alcohol and sex issues. Us confirmed in December 2021 that Hammer had left the rehab center after an undisclosed amount of time.

Angelova recently made waves once again when she shared alleged text messages from Hammer’s estranged wife, Elizabeth Chambers, from whom he split in July 2020 after 10 years of marriage. According to the alleged screenshots, Chambers wanted Angelova to “make a declaration” about her alleged experience with Hammer in order to help her obtain full custody of her children. (The TV personality and the Social Network star share daughter Harper, 7, and son Ford, 5.)

According to a source, “Elizabeth was the one who reached out to Effie initially while Armie and Effie were in a consensual affair.” A rep for Chambers, however, denied Angelova’s claims in a statement to Us, adding, “The safety and well-being of their children remains her priority.”

The Bird Bakery owner revealed to E! News earlier this month that she and Hammer haven’t finalized their divorce but are coparenting cordially. “We’re in constant communication and all that matters is that he is the best dad for our children. Obviously he processes everything else that he’s dealing with personally — and that’s his own journey now,” she told the outlet, maintaining that she hasn’t dismissed the allegations brought up against the Rebecca actor. “I consider myself a feminist and stand in solidarity with anyone who has been a victim of any sort and hope they find healing. I’m not being here, like, ‘My life is amazing,’ because it’s been hell for a long time.”

If you or someone you know have been sexually assaulted, contact the National Sexual Assault Hotline at 1-800-656-HOPE (4673).