Page Six is told that Teresa Giudice invented a rumor that her castmate’s husband had cheated — because she’s terrified that she’ll be fired if she doesn’t come up with some grade-A drama for the Bravo show.

Giudice, 48, kicked off the show’s Season 11 premiere of the “Real Housewives of New Jersey” spreading a rumor that she “heard” about castmate Jackie Goldschneider’s husband Evan straying — except sources tell us she didn’t hear it at all.

“She’s being watched by the network and needed a story to stir the pot. She had zero proof [that he cheated] and made up the story because Bravo has been getting rid of original ‘Housewives,’” a source told us adding that Giudice fears she may be on the chopping block. “[She’s] too expensive and they can filter through different women She’s desperately trying to stay relevant.”

Giudice has a member of the cast since the show first aired in 2009. 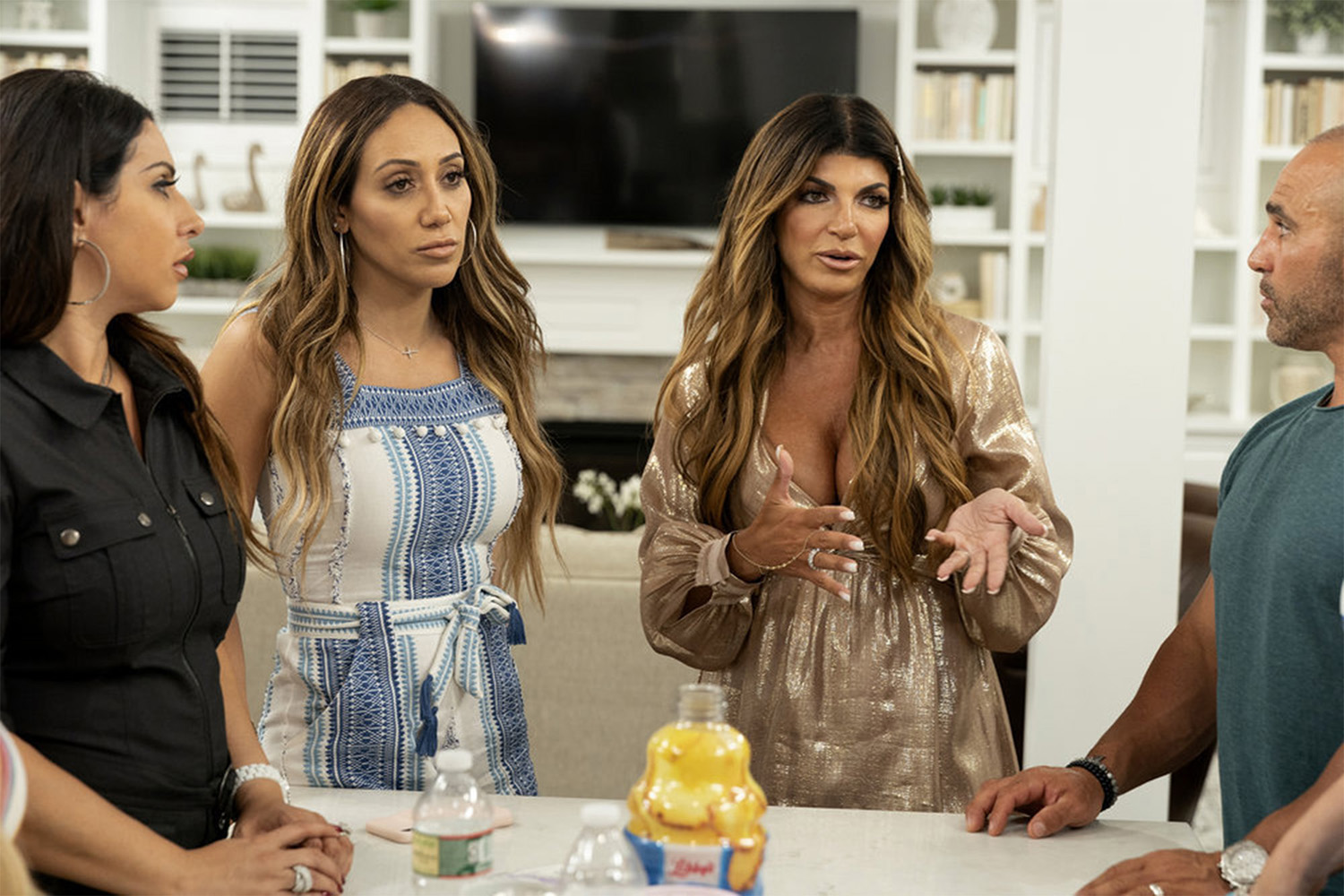 Her lawyer, James J. Leonard Jr., told us, “The core principle of reality television is authenticity, and I don’t believe there has ever been a more authentic ‘Housewife’ than Teresa Giudice, and there never will be. She is without peer in what she and her family have shared with the cameras over the years. When you are as real and authentic as Teresa has been, you don’t need to pull stunts or manufacture story to be relevant and that is ridiculous for anyone to suggest otherwise.”

Giudice revealed on the show that she heard Evan “screws around” with other women at his gym, but didn’t disclose how she heard the tale. Goldschneider confronted her about the “baseless rumor” and recently told Page Six that, “there wasn’t even a question about whether he cheated on me… The only reason I was upset was because of her trying to spread a rumor — not because I ever questioned my husband.”

As for Giudice’s fate at Bravo, a source said: “Teresa is the highest paid ‘Housewife.’ If they get rid of her, it’s because they pay her too much and her act is no longer worth it, but she’s been a franchise favorite forever.”