Women share their experiences of partners who have a trust fund

What it’s like to date a ‘trust fund baby’: Woman reveals her husband pays a nanny to take care of their children so he can sleep all day while another says it’s a ‘turn off’ when her boyfriend is frugal despite his wealth

You might think that having a partner with some money behind them is a good thing – but these woman may make you question that.

Taking to the US-based anonymous secrets sharing app Whisper, women have revealed some truths about what it’s like to be in a relationship with a ‘trust fund baby’.

Among revelations is one woman whose husband has a trust fund and doesn’t work, but pays a nanny to watch their children while he sleeps all day.

Elsewhere, another revealed her ex-boyfriend never told her about his money, one said she’s worried her partner will leave her for someone who is as rich as he is, and a third who says she isn’t impressed when her boyfriend is frugal despite his money. 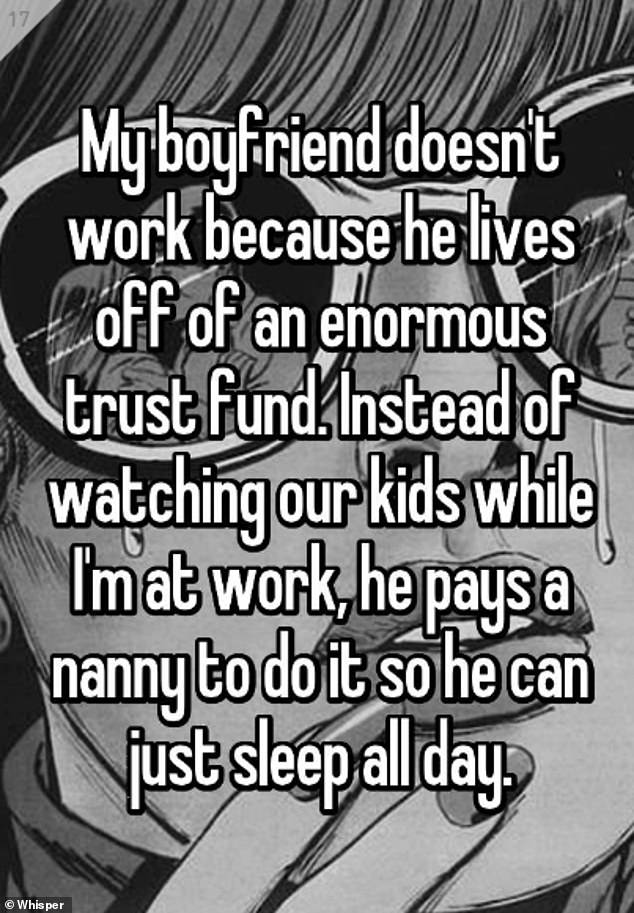 Women from across the globe took to the US-based anonymous secrets sharing app Whisper to share stories of their husbands with trust funds, including one who says he doesn’t work and pays a nanny to watch the kids so he can sleep all day 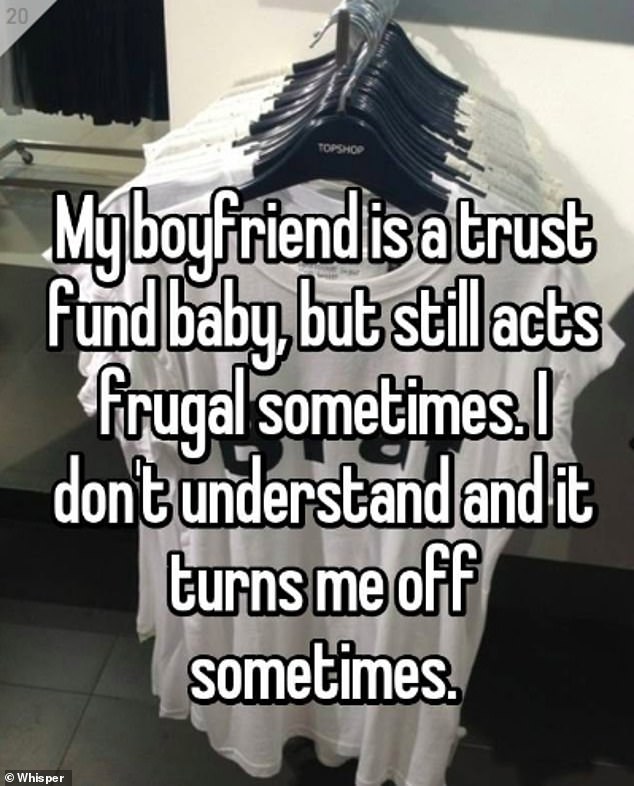 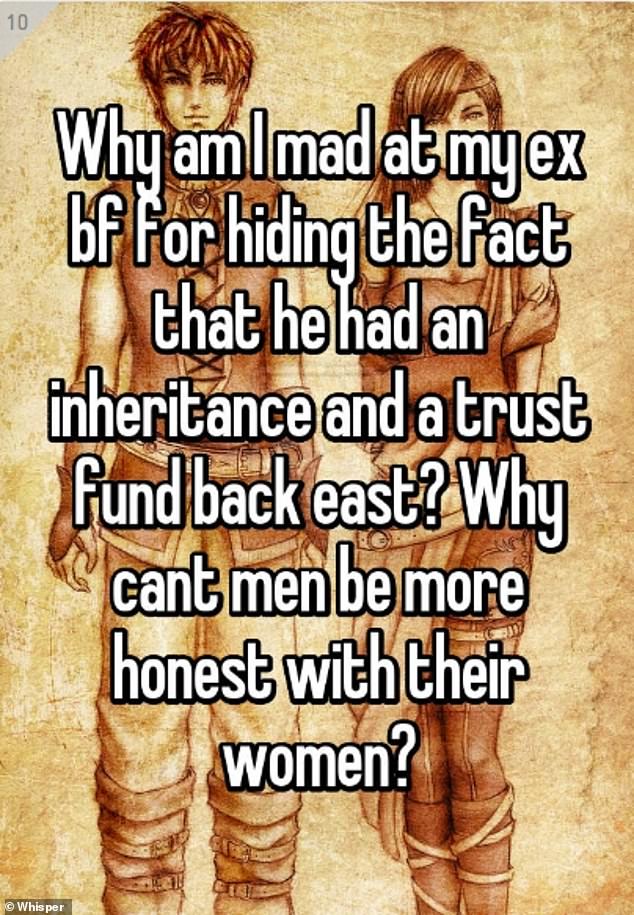 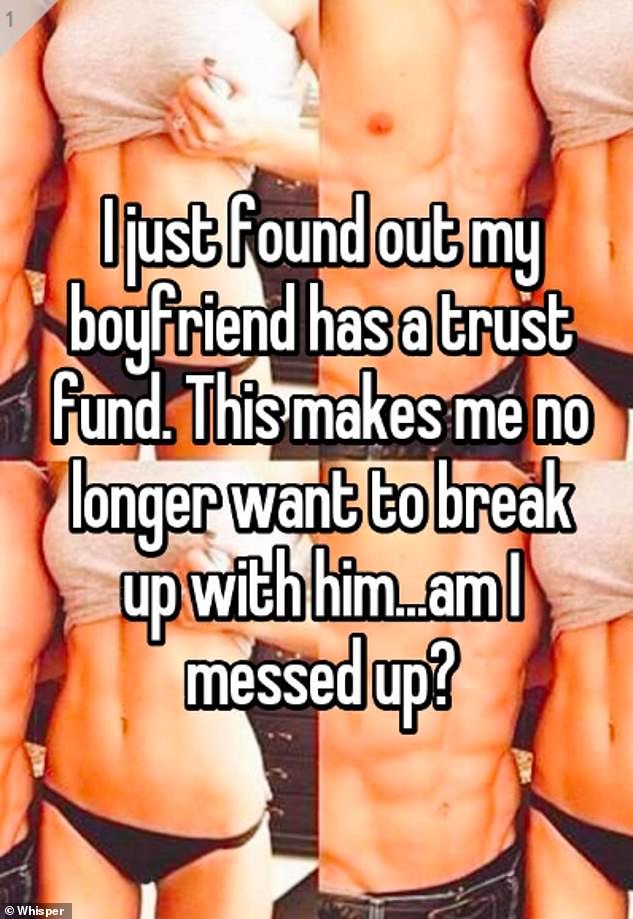 Appearing to be swayed by her boyfriend’s trust fund, one woman admitted that finding out about the money made her want to keep the relationship going 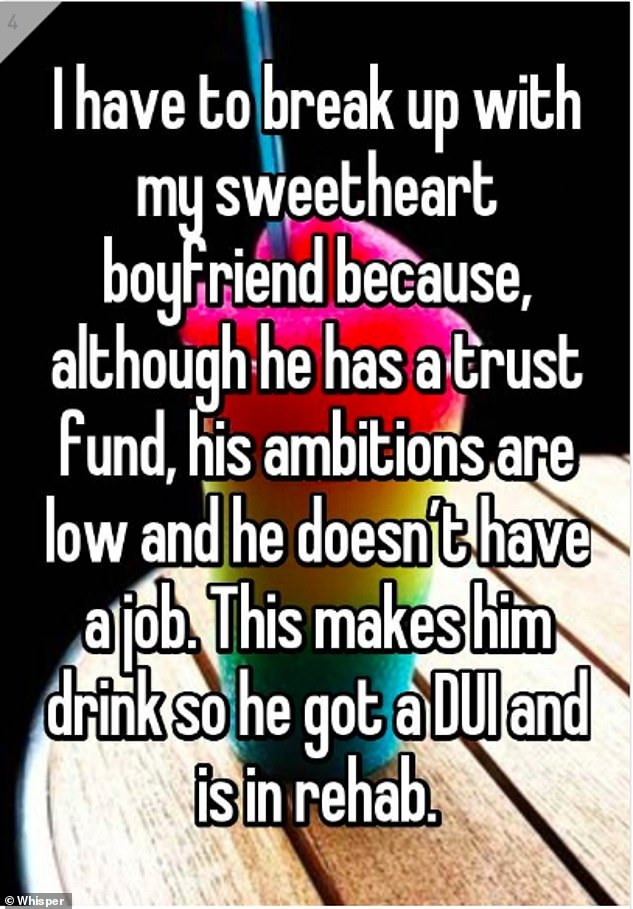 The money isn’t always helpful, as one woman revealed, who said she had to break up with her ‘sweetheart’ boyfriend due to his lack of ambition 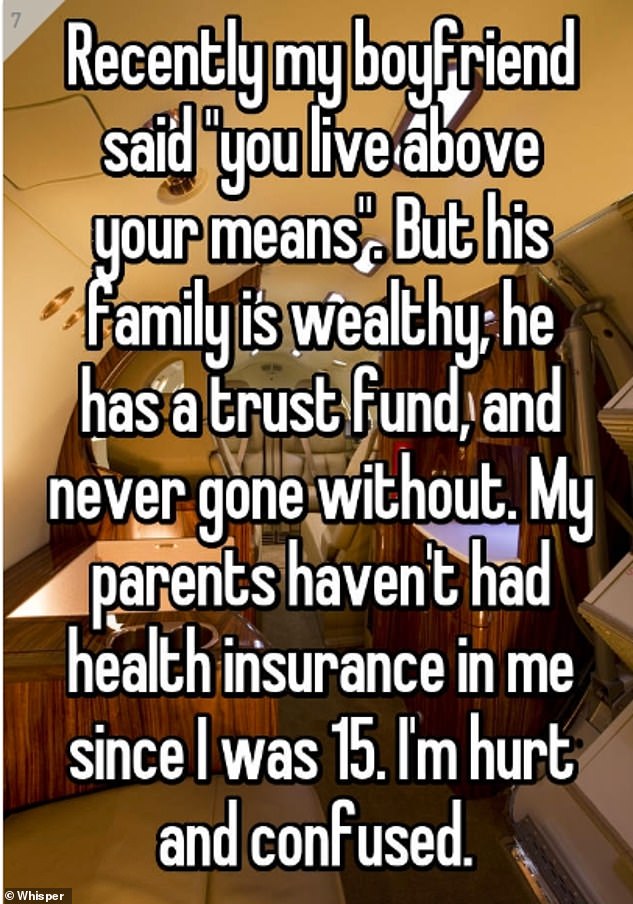 Tensions appear to be flaring as one man, who has a trust fund, said his partner was living above their means causing his partner to feel hurt 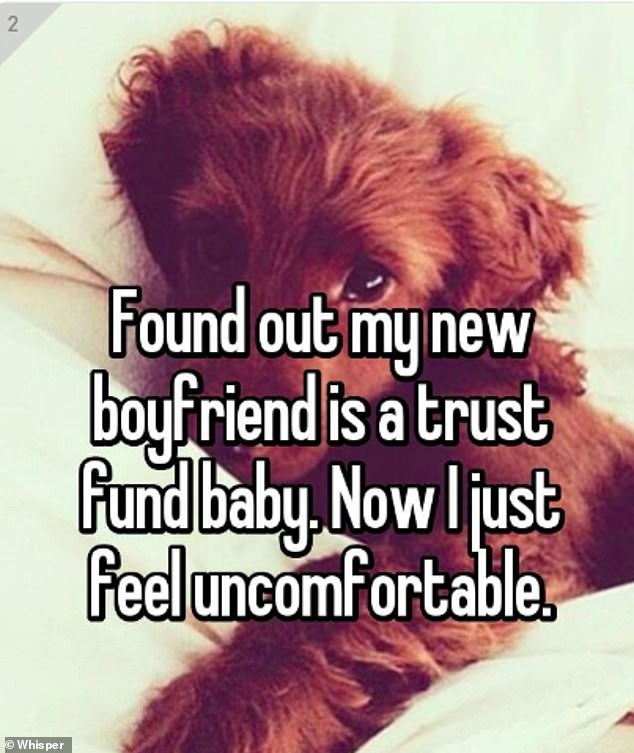 Finding out about money hasn’t been easy for one woman, who now says she feels ‘uncomfortable’ with the revelations 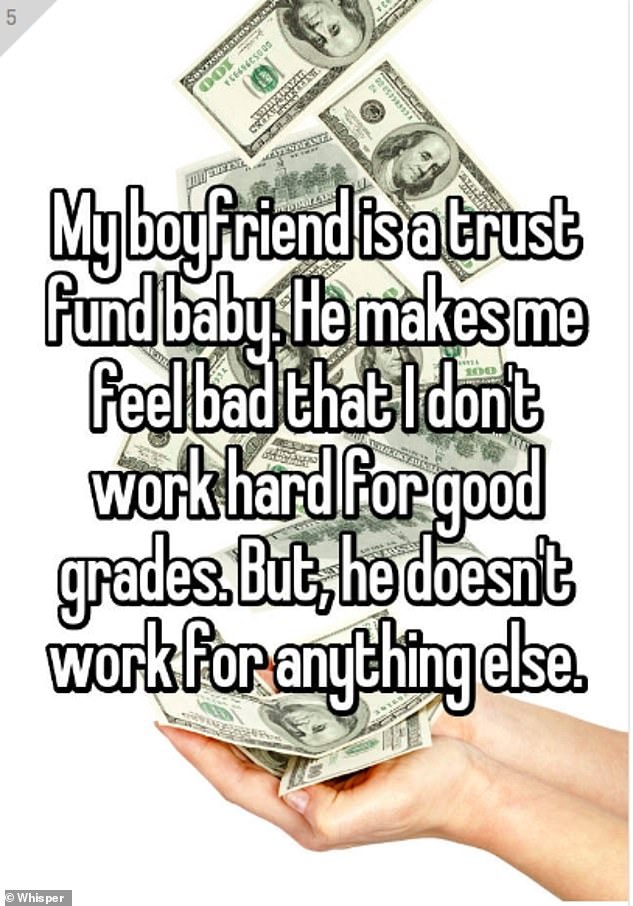 One woman says he boyfriend ‘doesn’t work for anything’ as he has a trust fund, but makes her feel bad for not working hard for good grades 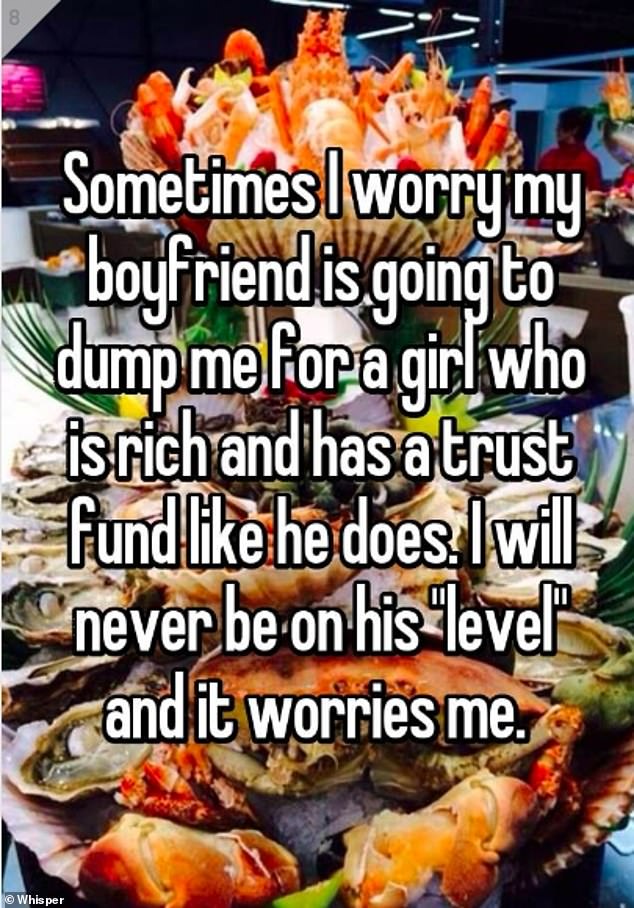 Having a wide gap in wealth is causing one girl to feel anxious about her parnter, and worries he will dump her for someone who is rich 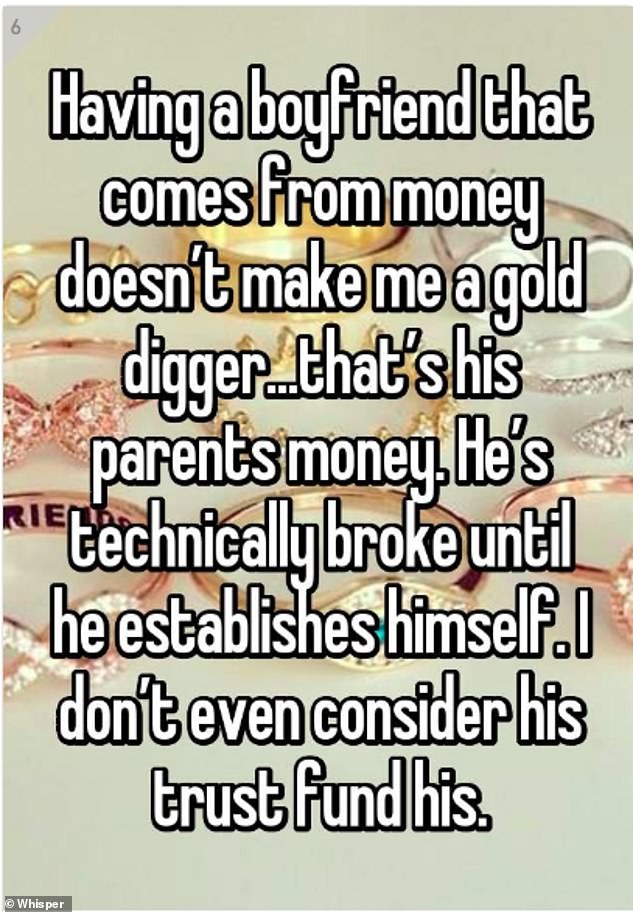 However, another woman takes a different stance on the money, and said that it isn’t technically her boyfriend’s until he establishes himself