Microsoft has unveiled a slate of new video games coming to its platforms, many of them exclusive to Xbox and PC, as it seeks to address a dearth of games over the past several years.

At a showcase ahead of the E3 conference — held annually in Los Angeles but occurring wholly online this year due to the pandemic — Xbox highlighted 30 games, all but three of them to be included at no extra cost with its Game Pass subscription service. 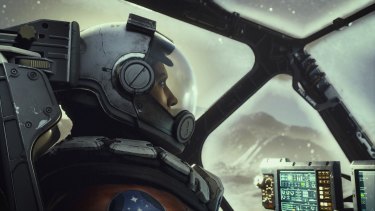 Starfield, from Bethesda Game Studios, opened the Xbox showcase ahead of E3.

This included Starfield from the recently-acquired Bethesda Game Studios, known for Skyrim and Fallout 4, which will be releasing in November 2022 exclusively on Xbox. Also shown was the narrative campaign and expansive multiplayer of this year’s Halo Infinite, a new entry in the Forza Horizon series of open world racing games set in Mexico and coming in November, and co-operative vampire-slaying shooter Redfall from Arkane, the studio behind Prey and Dishonored.

Microsoft launched its Netflix-like Game Pass service in 2017, and a pair of next generation consoles in the Xbox Series S and Xbox Series S last year, but compared to rival Sony it’s had a notable lack of big-budget exclusive games over the last decade.

But in recent years the software giant’s gaming division has made a series of blockbuster acquisitions to support its development of original, exclusive games, culminating in last year’s $10 billion purchase of Zenimax Media, which includes Bethesda, Arkane and the makers of Doom and Wolfenstein. 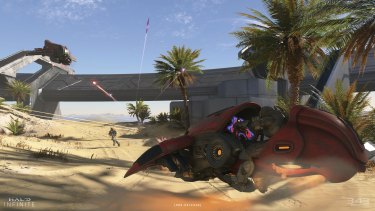 Halo Infinite’s multiplayer and campaign are both set to launch later this year.

At the showcase, Microsoft VP and head of Xbox Phil Spencer said there would be multiple brand new games launching into the $11-per-month Game Pass service every month for the rest of 2021, including:

In a press briefing last week, Spencer said Game Pass would soon be expanding beyond consoles and PC, with its cloud streaming offering intended to be playable on smart TVs, streaming sticks and mobile devices.

After being cancelled entirely in 2020, the E3 conference is set to take place virtually this week for the first time in its history. While many prominent game companies — including Sony and Electronic Arts, have declined to be included — the bulk of the industry has still timed events to coincide with the conference.

So far the biggest reveals have included Elden Ring — developed by From Software, the studio behind Dark Souls and Bloodborne — which is set in a dark fantasy world created by From president Hidetaka Miyazaki and Game of Thrones author George RR Martin.

EA has also shown off Battlefield 2042, an online multiplayer war game for up to 128 players that takes place in vast open areas filled with buildings, vehicles and natural disasters. And Square Enix unveiled a narrative action Guardians of the Galaxy game developed by Tomb Raider studio Eidos.