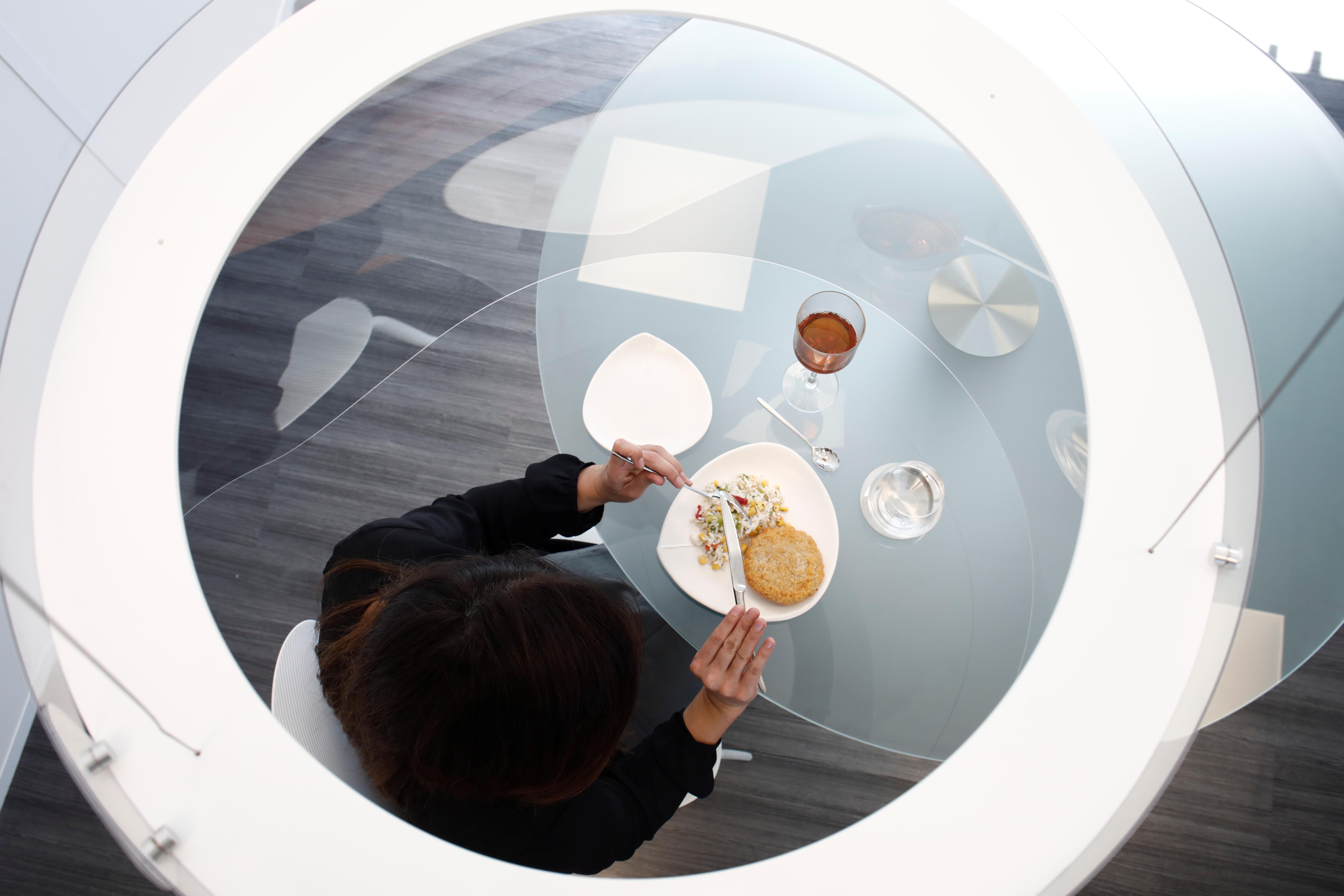 PARIS (Reuters) – A romantic dinner for two. The wine is excellent, the food delicious. It’s almost like the good old days. Except for the giant, see-through lampshades on your heads.

For restaurant owners worrying how they can welcome back customers but keep them safe from COVID-19, a French designer has created a cylinder of transparent plastic that hangs from a cable on the ceiling, much like a lampshade. A scoop cut out of the back allows diner to sit and stand up without having to bend over double.

Christophe Gernigon, who invented the device, called the Plex’Eat, said the designs already on the market looked like booths in prison visiting rooms, so were not inviting for customers.

“I wanted to make it more glamorous, more pretty,” he said. His design will go into production next week, and he said he had received interest from France, Belgium, Canada, Japan and Argentina.

France is starting to relax some of the restrictions it imposed to curb the spread of the coronavirus outbreak. Shops and hairdressers have re-opened, and some children are back at school.

But the government has yet to give the green light for the re-opening of restaurant and bars because they pose particular problems for disease control.

Diners cannot eat while wearing a surgical mask, and if tables were removed to ensure customers are a safe distance from each other, many owners say they would not be able to make enough money to cover their costs.

Mathieu Manzoni, owner of the H.A.N.D restaurant that serves American-style food not far from Paris’ Louvre museum, invited Gernigon to the restaurant this week to hear his pitch. Manzoni said he was planning to place an order.

“Will people like it? I can’t say but I want to believe that it can add something because I find it fun,” he said in his restaurant, which is open for takeaway orders only.