When most categories have five nominees, and Best Picture has more (in this case, eight), snubs happen. But why did $35 million “The Trial of the Chicago 7,” which won the Golden Globe for Screenplay, the often-predictive SAG Ensemble, and Best Editing awards, lose so resoundingly to a series of lower-budget, less mainstream movies?

It’s not the fault of the Netflix awards team, who received a record 36 Oscar nominations and seven wins for “Mank,” “Ma Rainey’s Black Bottom,” “My Octopus Teacher,” and more. But why did their best efforts (and spending) on “Trial” yield such meager results?

Before the pandemic, “The Trial of the Chicago 7” was set for September 25 release by Paramount Pictures. The studio sold the timely political film to Netflix in order to get it out ahead of the November election. Netflix released the film online only to upbeat, but not rave reviews on October 16.

Netflix adopted a policy during the pandemic of not submitting films to festivals for online viewing. (The streamer want to be the only host of video viewing for their films.) Netflix tried to compensate by offering their talent for tributes and conversations at festivals. Sorkin and his cast participated in many such events, but that did not replace the media buzz surrounding a major festival launch. 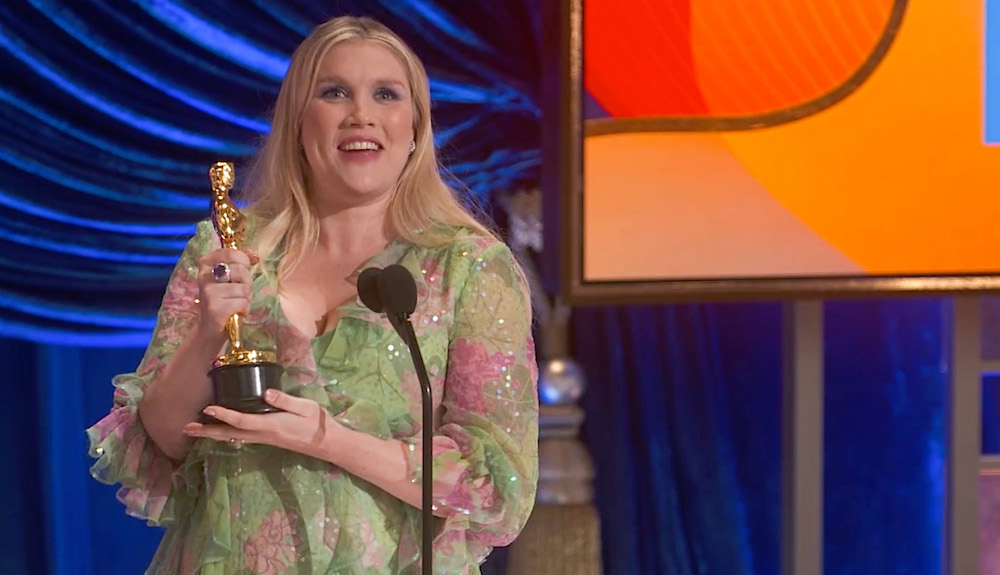 Emerald Fennell at the 2021 Oscars

Netflix’s awards slate rolled out during the fall and early January, way ahead of the theatrical distributors, who waited until December 25 (“Promising Young Woman”), February 12 (“Minari”), February 19 (“Judas and the Black Messiah”), and February 26 (“The Father”) to hit Academy voters at the peak of an attenuated season. By that time, voters were eager for fresh content and susceptible to recency bias.

Netflix titles, from “Mank” and “Midnight Sky” to “Trial of the Chicago 7,” “Ma Rainey’s Black Bottom” and “The Life Ahead,” were stale by comparison. (Spike Lee’s well-reviewed Cannes selection “Da 5 Bloods,” which opened back in June 2020, landed none.)

The hoped was a long season would allow the Netflix awards team to snap “Trial” back into relevance, especially aided by the intensified #BlackLivesMatter movement and outrage at the January 6 assault on the Capitol, but it was not to be.

This was the award the Sorkin deserved to win, for degree of difficulty and because that sprawling ensemble cast and all the craftspeople followed his words to the letter. Sorkin lost to the up-and-coming “Killing Eve” writer Fennell, who also made her directing debut and could not be denied for how she reinvented the revenge thriller for the #MeToo generation. Even those who had issues with “Promising Young Woman” were wowed by this gut-punching screenplay. This became the designated win category for “Promising Young Woman.” 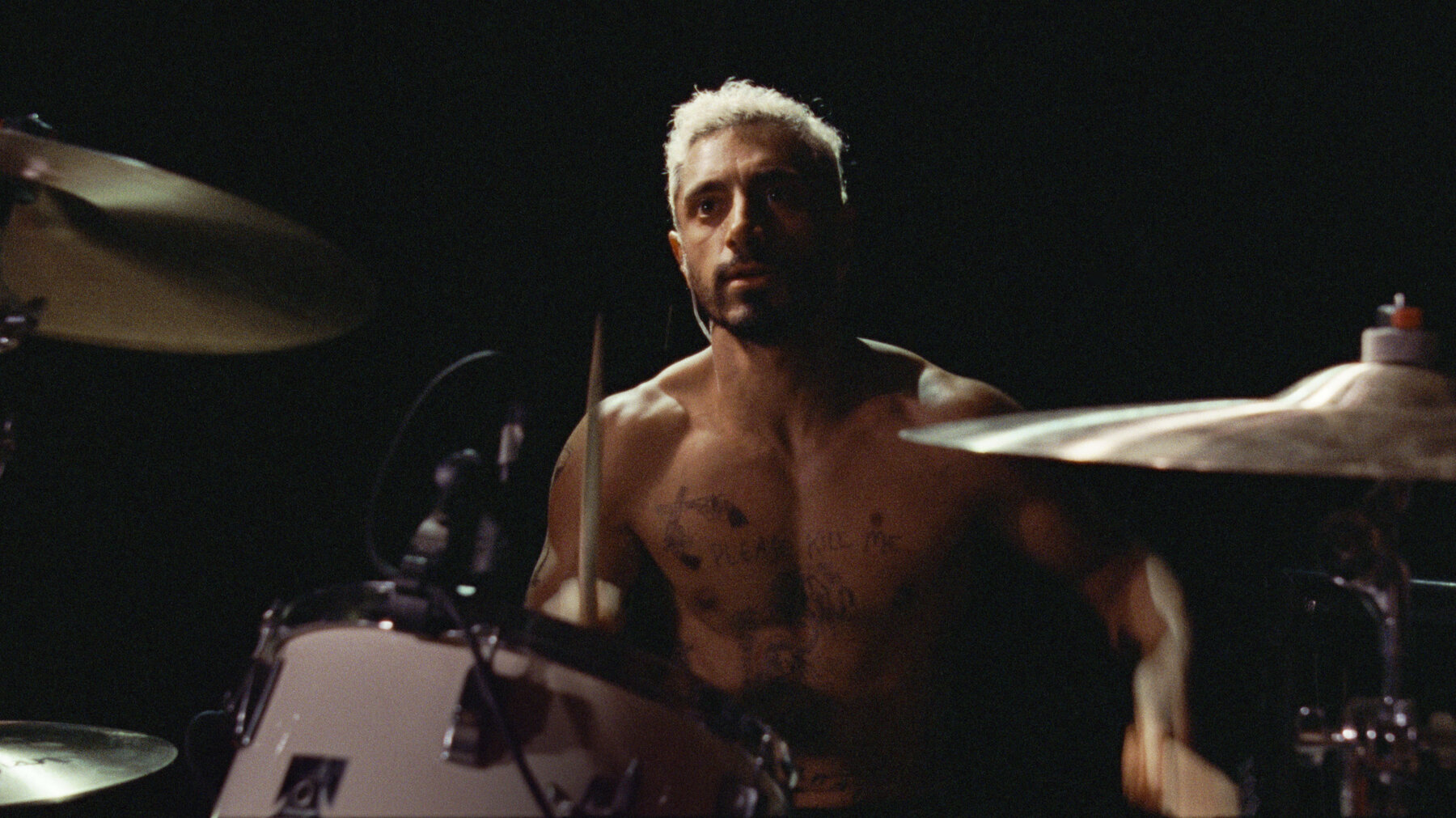 Riz Ahmed in “Sound of Metal”

5. Editing went to “Sound of Metal”

The likely other win for “Chicago” was for another form of writing, Editing. Alan Baumgarten won the ACE Editing award, which also made it looklike a good shot — even though “Sound of Metal” won the BAFTA. Often Sound and Editing are joined at the hip, and this was one of those years.

6. Supporting Actor went to Daniel Kaluuya for “Judas and the Black Messiah”

Daniel Kaluuya won at the Globes, CCAs, SAG, and the BAFTAs. It was unlikely that “Trial” nominee Sacha Baron Cohen could overtake Kaluuya’s channeling of slain Black Panther Fred Hampton.

“Trial” wasn’t even the runner-up in this category; that was likely “Nomadland.” Sean Bobbitt was a major contributor to the success of this courtroom drama, and also helped Sorkin figure out how to assemble his 1968 Chicago riot footage on a limited budget. Other, less talky movies were deemed more cinematic.

8. Best Song went to “Fight for Us” for “Judas and the Black Messiah”

Celeste had a shot in this category for “Hear My Voice,” her soaring anthem for justice, but voters wanted to give “Judas” a win here.

One reason all these little art films did so well is the Academy has shifted toward the 2,000 or so international voters (including some 700 in the U.K.). These voters backed “Nomadland,” “The Father,” “Minari,” and “Sound of Metal,” and were less interested in strictly American stories like “Judas,” “Trial,” “Ma Rainey,” and “One Night in Miami.” (This also helps explain why the last two films didn’t make it to Best Picture contention.)

Sorkin deserves every award he has won in theater, television, and film, but it also means he was perceived as an old-school establishment player — the sort of person the Academy used to favor. Today, the Academy leans into fresh talent and first-time nominees, from winners Zhao and Fennell to nominees Riz Ahmed (“Sound of Metal”) and Steven Yeun (“Minari”).

To his credit, Sorkin came across as humble about his learning curve on his sophomore effort in the director’s chair, but his approach to dramatizing a true story rubbed some people the wrong way. Many Academy boomers knew these characters and objected to Sorkin’s fictionalizing. While it made great drama, it massaged the facts.

The Academy’s work to diversify its ranks is showing results. A record nine acting nominations went to people of color, and while the voters rewarded Frances McDormand (“Nomadland”) and Anthony Hopkins (“The Father”) over “Ma Rainey” costars Viola Davis and the late Chadwick Boseman, many other awards went to people of color, from director-producer Zhao for “Nomadland” and Jon Batiste (alongside Trent Reznor and Atticus Ross) for the “Soul” score to the first Black winners for Makeup and Hairstyling (“Ma Rainey’s Black Bottom”).

As one awards scribe put it, “It wasn’t the year to be a movie white guy.”