After Life was an unexpected sleeper-hit when it arrived on Netflix last year. Ricky Gervais has penned, directed, and starred in a huge amount of sitcoms over the years on British TV screens, but this was his first time utilising streaming services to its fullest. After Life was, as well, a drastically fresh take on the standard sitcom formula, as it welcomed some darker themes, such as death, grief, and suicide.

Viewers witnessed Tony (played by Gervais) work through some of his grief after his wife died of cancer in season one.

While a large portion of the season focussed on Tony working out what his feelings meant, and how he ought to deal with them, the end of the season created an incredible moral for the story.

Tony was never going to magically get “over” his wife dying through season one, and that isn’t what happened. Instead, Tony learned that it was okay be full of grief, and indeed that he will work through his trauma in his own time.

Season two takes many notions from the season one finale into its main narrative. 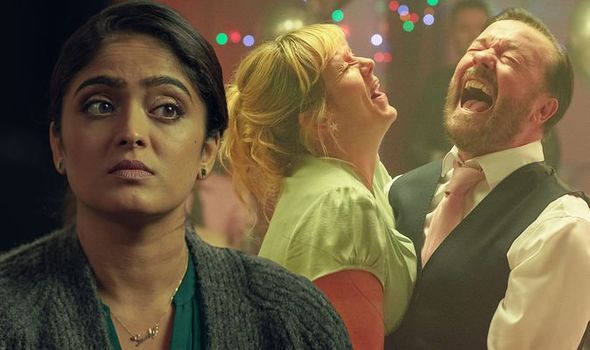 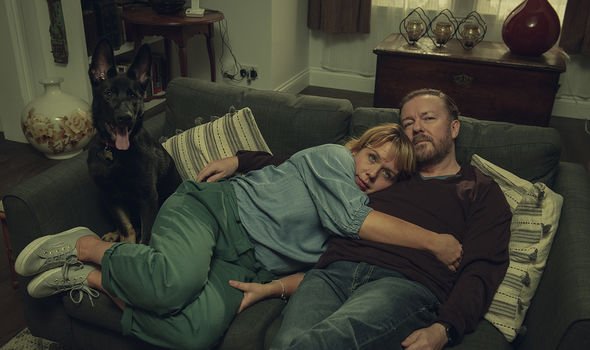 When viewers join Tony once again in season two he hasn’t gotten over Lisa’s (Kerry Godliman) death just yet, but is on his way to learning how to live with it.

Season two sees Tony focussing on his friends, peers, and colleagues, and indeed how he can help them – rather than vice versa.

After Life once again manages to create a beautiful sonnet of pitch-black comedy, alongside some tender moments that will leave viewers in tears.

The first portion of season two seems to slow itself in pace, however, and viewers may find themselves yearning for the episodes to get to the narrative faster – but this is all part of Tony’s story. 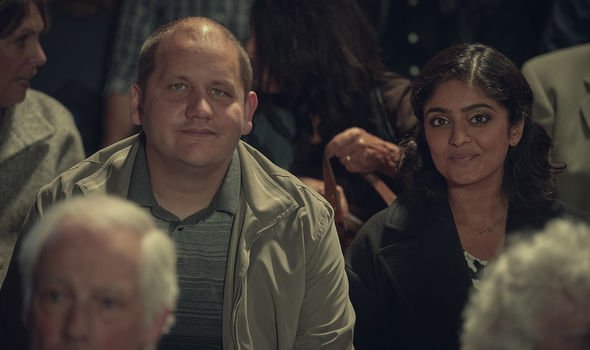 As he learns to help those around him, Tony begins to find some peace in himself.

Scenes involving Tony helping his friends are expertly written, melding the two worlds of grief and hilarity – but they are made that much better with the involvement of the star-studded cast.

Comedians Roisin Conaty and Joe Wilkinson reprise their roles as Roxy and Pat respectively, and take centre-stage this year.

Viewers will be left ecstatic by their continued involvement in the show, as the pair’s growing relationship in season two involves some of the funniest and most heart-warming moments in the three hours of TV.

The most sidesplitting aspects of the show are reserved for the scenes including Lenny (Tony Way), June (Jo Hartley), and her son, James (Ethan Lawrence).

This odd yet endearing family dynamic unfolding before the eyes of Tony – and the audience – is sickeningly sweet.

Boundaries are broken while the trio get closer than ever, and viewers, both new and old, will not be able to look away when their comedy scenes continue to ramp up the awkwardness.

As with season one, however, the final scenes of the season are perhaps the most poignant, and will almost definitely leave fans tearful and unsure what to do next.

After Life brings out some of the best acting of Gervais’ career. His dry quips are astounding and certainly keep the show held together, but his real triumph are his more defeated scenes.

Ricky Gervais fans will be broken by how elegantly he can crumble his demeanour in seconds, leaving entire scenes an emotional mess by the end.

After Life season two is – once again – as side-splitting as it is emotionally draining. Ricky brings his best examples of acting to screens, and utilises his cast in some of the funniest skits Netflix has to offer. Fans of the first season will be blown away by how well the show has progressed its story into a masterclass of a second season, while newcomers will be yearning for a third season as soon as it is available.

After Life season 2 is available on Netflix now.