Home » Arclight Was Never My Ideal: Why Losing Theaters May Not Matter as Much as We Think

Arclight Was Never My Ideal: Why Losing Theaters May Not Matter as Much as We Think

From the obituaries to the hashtags to the petitions, Arclight Hollywood received an endless outpouring of support since owner the Decurion Corporation announced its closure. “Clean, great sound, assigned stadium seating, great popcorn, usher movie introductions,” director Gina Prince-Bythewood mourned on Twitter. “A true movie-going experience.” Added “In the Heights” director Jon M. Chu: “I had my first premiere for my first movie #StepUp2TheStreets there. I snuck out of the movie early so I could cut a piece of the red carpet out and keep it. It sits on my desk.”

Here’s an alternative view: The Arclight was never my ideal theater. That’s not to cast aspersions on those for whom it was, or even on the Arclight itself. It’s because all the uniqueness and urgency that I treasured in moviegoing disappeared many decades before the Arclight opened in 2002.

However, rather than shake my fist at those post-baby boomers who didn’t even know what they were missing, this is another kind of elegy. Let’s leave aside all business underpinnings that led to Arclight’s collapse, and those that informed the loss of my moviegoing Nirvana. This look back shows that what we each treasure about moviegoing is true only as much as it fits our personal experiences. And, whatever happens with the Arclight — or any of the other theater closings that will surely come in the months ahead — those losses won’t spell the end for movies.

The Arclight Cinemas were a premium brand but, like all theater chains, they conformed to a style. It’s not a bad one, emphasizing state-of-the-art presentation and comfort, but it’s bland. I preferred a theater with its own character — size, ambiance, even smell, with the association of distinctive programming for different audiences, at different prices, and different stages of a film’s release. The first-run Chicago Theater in Chicago’s Loop had 3,600 seats, and sometimes they were filled. My local one, the Varsity in Evanston, had 2,500. The artier Coronet? Smaller at 811. At the Arclight, none were over 400 and the average per auditorium was fewer than 250.

Modern theaters have tiered stadium seating; in a small room, it’s the only way to ensure a clear view. I’d rather be in a large auditorium looking up at a large, even overwhelming, screen; it’s more immersive. Theaters could be idiosyncratic with their distinctive architectural themes and varying concessions. Also variable was the quality of the films themselves: A night at the movies was a committed gamble.

As theaters lost their individuality, the films available to see in them reflected fewer genres, more sequels and franchises, and stories heavily promoted long before release. Around 1980, movies also began to lose a driving force that created much of their pleasure: the fear of missing out. Before video, you either saw a movie when it was in theaters — or you were unlikely to see it all unless it resurfaced on TV with ads, edited for broadcast, and in the wrong aspect ratio. As a nine-year-old, I’d never wanted to see a movie as much as Disney’s “Swiss Family Robinson;” the week it played, I came down with chicken pox. In my mind, I’d missed it forever. My next chance to see it came was on video 20 years later. Today, it’s one click away on Disney+. 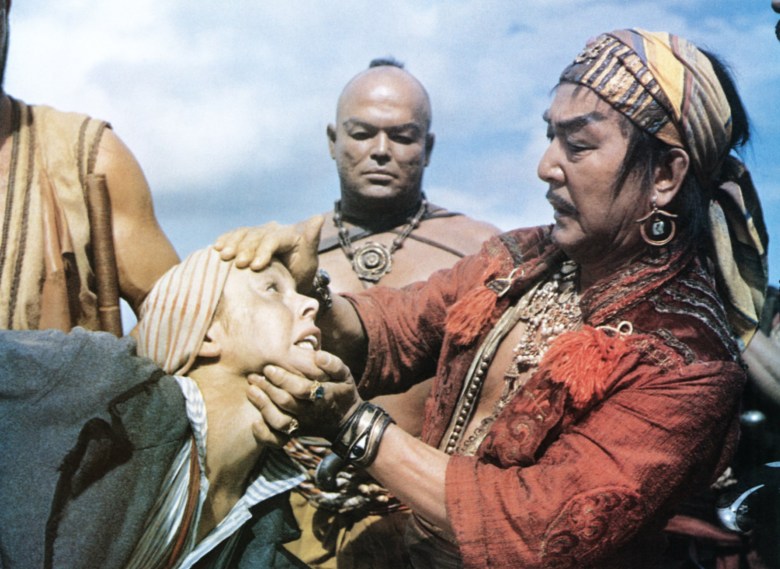 It’s a hell of a tradeoff: The comforting grasp of convenience has smoothed the edgy pleasure of urgency. Filmgoing is an increasingly streamlined experience, more chill than thrill. Movies are packaged for their quadrants (preferably two or more). They deliver the expected goods with no surprises — just like the theaters that show them.

On her 100th birthday, I got to chat with my grandmother about her moviegoing experiences. She didn’t go to the movies much after she had her four sons; her memories came from a time when silent films reigned.

She vividly remembered attending films at movie palaces in downtown Cleveland, with orchestras for accompaniment. I probed her on details, her favorites, the sensations – vastly different from my own. She didn’t go often, but when she did it was an event. People dressed up. What she experienced was something that couldn’t be produced any other way. Didn’t she ever want to go back?

Not really, she said; once sound came, it never felt as special.