Home » TV and Movies » 'Below Deck Med': Will the Series Introduce a New Chief Stew for Season 6?

'Below Deck Med': Will the Series Introduce a New Chief Stew for Season 6?

Now that chief stew Hannah Ferrier has left Below Deck Mediterranean, will the series continue with Christine “Bugsy” Drake, tap another returning cast member or will someone entirely new take on the role? 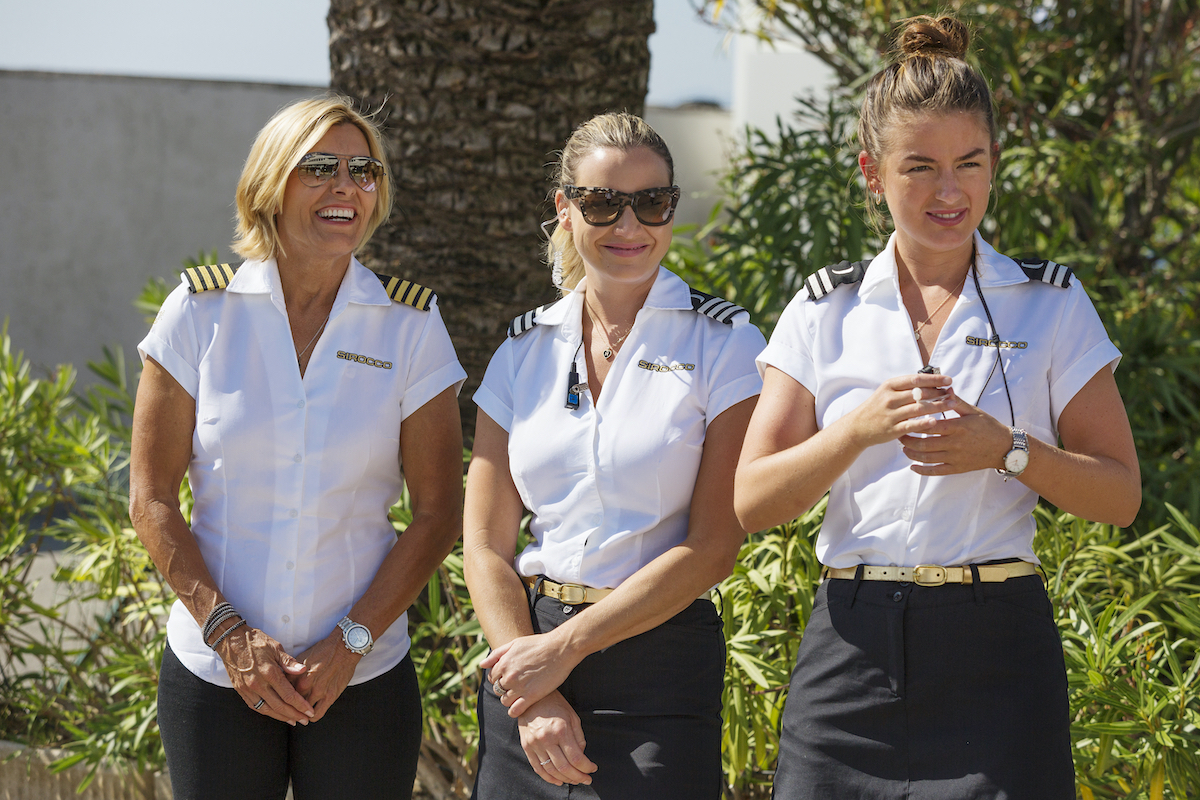 The series is likely to begin shooting somewhere in the Mediterranean, but indications on Instagram point to Drake and Aesha Scott not returning. Drake was promoted from second stew to the chief stew position after Ferrier was fired. She’s been rallying the team and displaying a cohesive interior.

Also, Scott returned as the second stew but said she would consider doing the show as chief stew if asked. However, both crew members are still in the United States. Scott revealed that she plans to travel throughout the country over the next few months. Drake recently shared photos from dinner with crew member Alex Radcliffe in West Palm Beach, Florida.

‘Below Deck’ went with a new crew member

Viewers speculated about who would assume the chief stew role after Kate Chastain from Below Deck quit last season. Some fans floated names like Brooke Laughton, former second stew from Below Deck Med as a possibility. But ultimately, producers filled the role with an entirely new crew member.

Francesca Rubi took on the position as the chief stew. While her Bravo bio refers to her as someone who “prides herself on providing the best guest experience” she also brings the drama, shown in the season preview.

A new crew and some very naugthy guests–#BelowDeck Season 8 premiere is coming in hotter than the Caribbean sun! ☀️ Take off with Captain Lee on 11/2 ?️

“No watermarks anywhere,” Rubi is heard saying to her stews in the preview clip. She’s also seen laying down the law with one of her stews, reminding them she is their boss. “I do take my job a little bit too seriously sometimes,” she admits in a confessional interview. Rubi is also seen in tears. “There’s no crying in yachting,” Captain Lee Rosbach says in a confessional.

Which returning crew members could fill the position?

One interesting crossover would be to have former Below Deck second stew Josiah Carter in the chief stew role. Carter already expressed that he’d love to work for Captain Sandy Yawn and he is “Med-ready.” Carter tweeted that he wanted to join the Below Deck Med crew last season.

“Is it me or does #BelowDeckMed look so much more fun than below deck?? @ColinMacyOToole I wish I was on the med,” Carter shared. “Plus having @CaptSandyYawn as a captain would be so fun too!!” Yawn playfully responded to Carter’s tweet. “awww…you’d would more than welcome aboard! with or without the gold suit,” Yawn replied. Carter had to wear a gold Speedo for a group of charter guests during season 6.

Getting my cutest fall looks out of storage like…#BelowDeckMed

Laughton is another possibility as she served as Ferrier’s second stew during season 3.

However, producers could introduce an entirely new crew member. Bosun Malia White appeared to be quarantined, which could indicate she was going to return for season 6. Instead of bringing a returning crew member for the chief stew role, Below Deck brought back Eddie Lucas as bosun.