Season 5 of Better Call Saul has come to an end. The season finale tees up the sixth and final season of the Breaking Bad prequel. There’s still a lot of room for characters to go, but the biggest mystery for fans seems to be Kim Wexler (Rhea Seehorn). 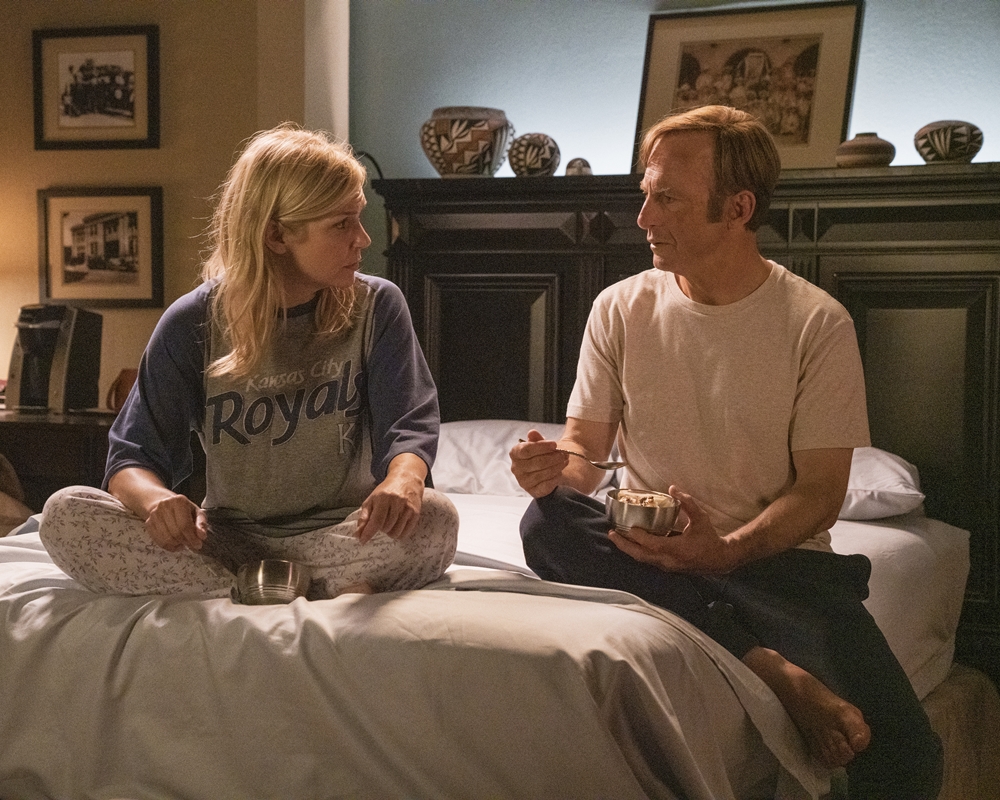 Jimmy (Bob Odenkirk) has moved himself and Kim to a hotel, fearing Lalo Salmanca (Tony Dalton) will still come after them. Kim is getting bolder about their chances, and even suggests ruining Howard Hamlin (Patrick Fabian) in a blackmail scheme. Her last scene of the season ends with Kim making finger guns at Jimmy. Writers Peter Gould and Ariel Levine appeared on The Better Call Saul Insider Podcast on April 21 to discuss the season finale and what it means for Kim.

‘Better Call Saul’ has been corrupting Kim Wexler from the beginning

Better Call Saul was always going to be the story of how Jimmy McGill became Saul Goodman. Breaking Bad fans already know the end of that story. They don’t know what will ultimately become of Kim Wexler, and many are worried for her well-being. Gould said they began foreshadowing her dabbling in the dark side from the very beginning. 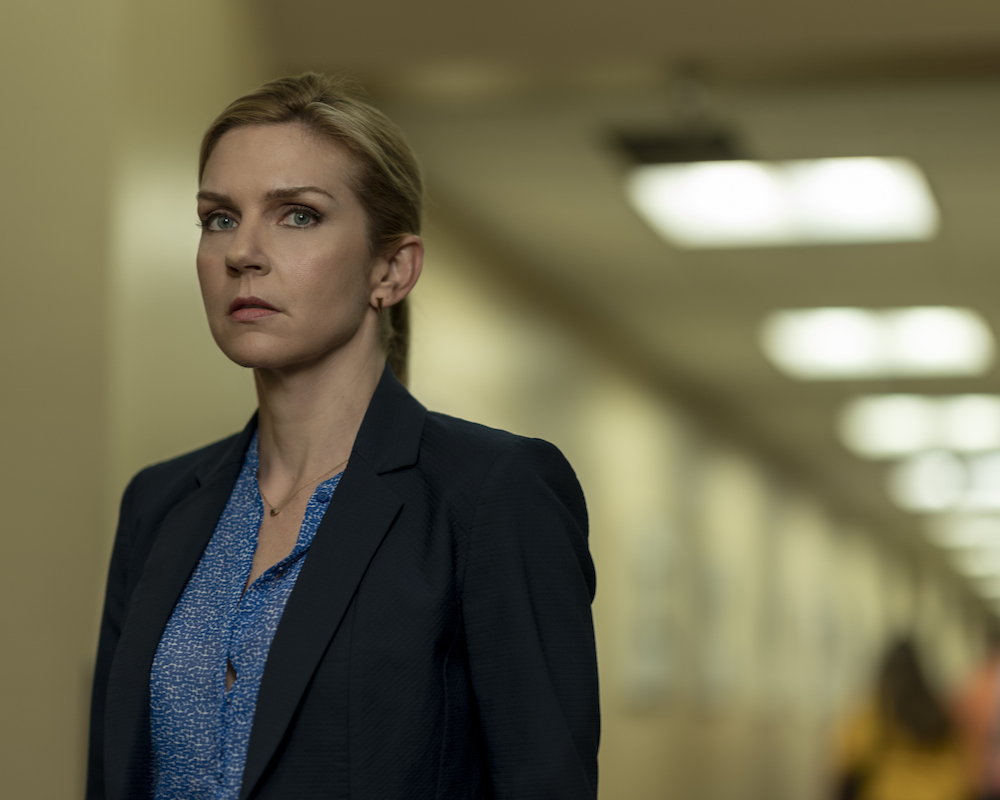 “I think we started that in episode one with that great scene where Kim lies to her clients,” Gould said on the podcast. “Then she feels a lot of complicated feelings, remorse and a lot of other things at the end of that. It was sort of organic that we got there.”

Levine reminded listeners that Kim has signed off on many of Jimmy’s shenanigans over the five seasons of Better Call Saul.

“She was always a deep, complicated character,” Levine said. “We saw as early as season 1, when she sees Jimmy’s billboard, she smiles a little to herself. She likes that side of Jimmy and she enjoys scamming with him at the beginning of season 2. So she’s always had that in her.”

But, when she conspires against Howard even against Jimmy’s protests, has she gone too far, even by Better Call Saul standards? 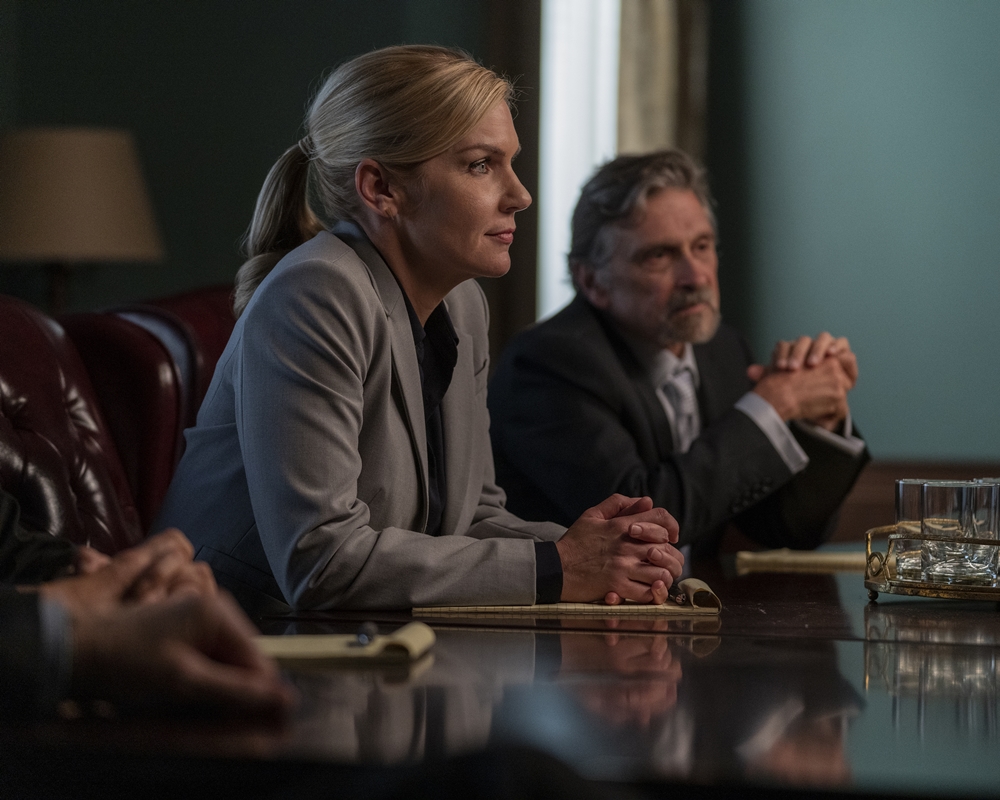 “In the writers room, I know we approached it very organically,” Levine said. “Where’s Kim’s head at now? I think as time goes on and as she continually chooses to be with Jimmy, she chooses to stay with him no matter what he does, she’s starting to see things his way. She’s in for a penny, in for a pound and I think that’s started to manifest in her a little bit.”

So what did Kim Wexler mean with those finger guns?

When Kim indicates that she would totally move forward with her plan against Howard, Jimmy asks if she’s sh*tting him. Kim’s reply is the finger guns. Jimmy chuckles, but her gesture was meant to leave Better Call Saul on an enigmatic note for the season. 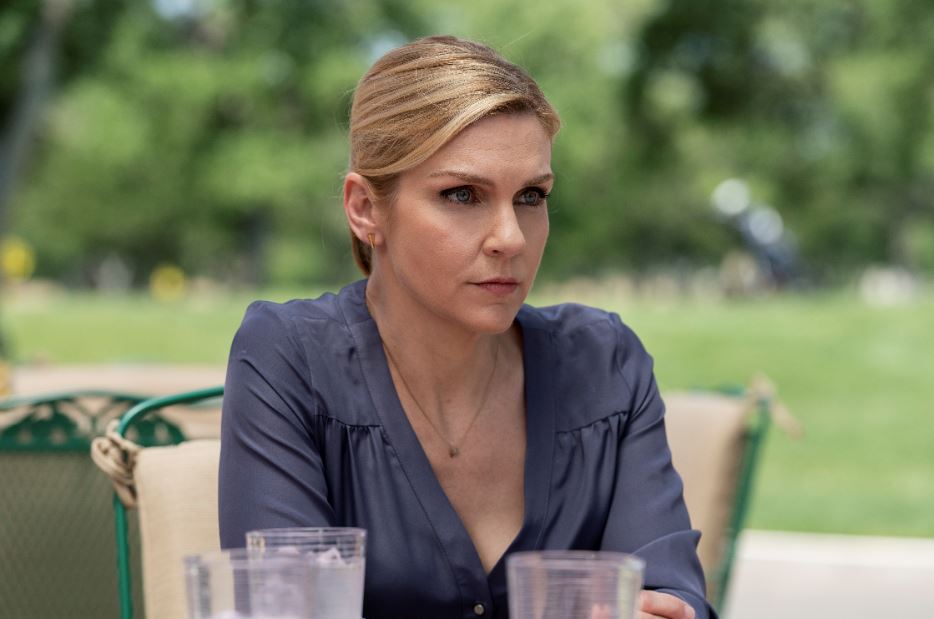 “I think there are so many ways to read that last moment between Jimmy and Kim,” Gould said. “I don’t think Jimmy knows what she means by that completely. She seems kind of sure of herself in that moment, whatever it is. 3:30/4:30 in the morning after a very long couple of days, she seems to have had either an insight or, I don’t know, is she playing him? There’s a lot of different ways to read that.”