Not even Better Call Saul co-creators Vince Gilliganand Peter Gould could have predicted that Jimmy McGill’s love interest would inspiresuch a devoted following. But Kim is the epitome of coolness, unlike some ofthe other reviledfemale characters from Breaking Bad (ahem, we’re looking at you,Skyler and Marie). She’ssmart, she’s cunning, and she’s principled. In short, Kim is a total badass.

It appears Kim only has one weakness: she’s head over heels inlove with Jimmy and keeps making stupid decisions where he’s concerned. Butinstead of being turned off by her devotion, fans love her even more for it. 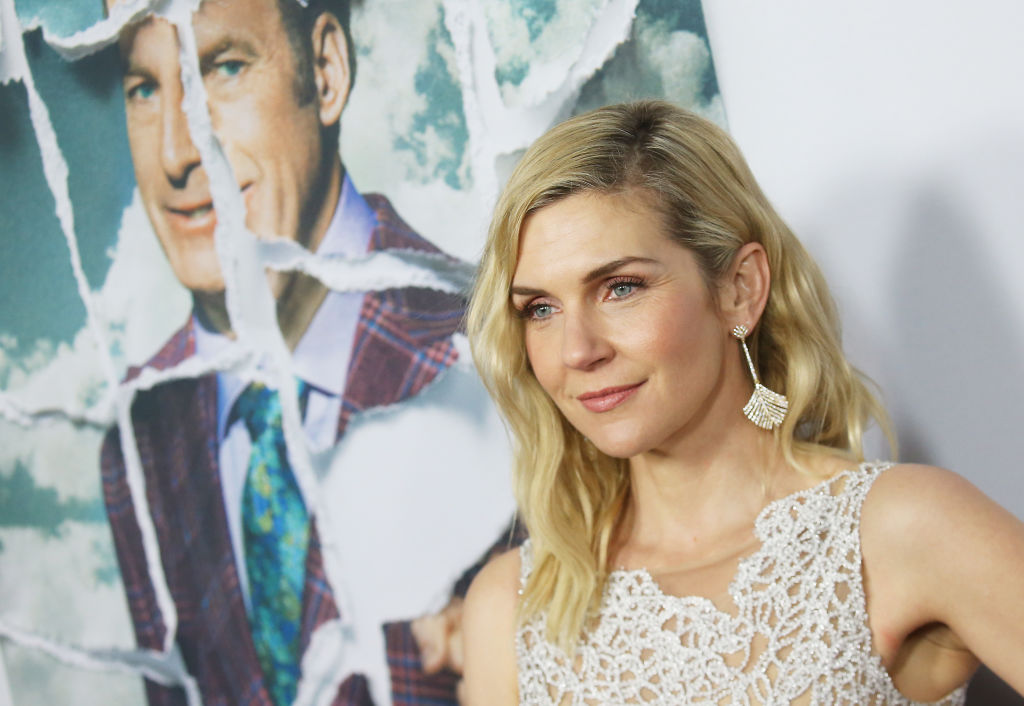 Shockingly, showrunner Gilligan originally expected Kim’s character to “fall out of importance” as the show progressed, Vulture reported. “We had a vague inkling that we wanted a female character who was perhaps a love interest past tense, or potential love interest future tense,” he said during the interview.

“It’s embarrassing to say how little we understood about thecharacter of Kim Wexler or how important she would become.”

Rhea Seehorn is a huge part of Kim Wexler’s appeal

The character of Kim could have fallen flat without RheaSeehorn breathinglife into her. But the former under-the-radar actress, who got her start intheater, brought a powerful presence to the role that was impossible to ignore.

Seehorn immediately saw Kim as a strong character and it shows. Seehorn explained that after reading the script, she understood Kim’s motivations. “I thought, she seems extremely specific about what she says and when she says it and, very often, prefers not speaking,” she said. “I decided that’s really a position of power. That’s not a weak person.”

And the directors understood how much fans were falling forher and luckily for us, went along with it. “It was very much going to be theSaul Goodman show, the Jimmy McGill show, and then we hired Rhea Seehorn, whoallow[ed] us to do things we never saw coming,” Gilligan told Vulture. “Shecontinued to wow us week in and week out until suddenly you say, ‘God, whatwould this show be without her character?’”

Kim keeps putting herself in danger for Jimmy

There’s no amount of money that’s worth Monday’s episode. It’s that good.

Throughout the last five seasons, Kim keeps putting herselfinto compromising positions which are either directly or indirectly because ofJimmy’s influence. Conning rich guys out of expensive cocktails gives way to bogusmail-writing campaigns and conning clients that could have cost Kim her career.But “Bad Choice Road” showed us the most dangerous con of all yet when Kim tookon Lalo Salamanca.

Jimmy was still experiencing PTSD from the shootout in thedesert, and yes, from drinking his own pee. So when Lalo showed up in their apartment,Kim took the lead and gave the menacing cartel leader an epicverbal lashing even though she was terrified.

“What kind of operation are you running, anyway?” Kim says withauthority, questioning why Lalo would trust his lawyer with $7 million cash. “Nooffense, but you need to get your house in order,” she continues.

Kim lies for Jimmy — yet again

After assuring Lalo that Jimmy doesn’t lie to her or his clients,she advises the cartel member to, “Get your sh*t together and stop torturingthe one man who went through hell to save your ass.”

Lalo leaves and only then does Kim allow herself to shudder in fear. She knows her life is in peril but still doesn’t grasp just how bad it is. Fans are terrified she’ll meet her end soon. Especially considering how important she’s become to the show over the seasons.

After the journey we’ve been on with Kim, losing her could be thegreatest tragedy of all.

Catch the season finale of Better Call Saul on Monday,April 20 at 9 p.m. on AMC.

END_OF_DOCUMENT_TOKEN_TO_BE_REPLACED

video US continues to be ‘top destination’ for domestic, international travelers: Virtuoso VP Virtuoso Vice President of Global Public Relations Misty Belles says the U.S. and Europe dominated summer travel destinations this year. American Airlines will have new suites and premium seating on two long-haul planes.  In a news release, the airline unveiled the luxury seats that'll be available on […]