Black Mirror is a series unlike any other, set in the past, present and future, and every episode is different and does everything to make you think about the impact of technology on society. Season five was released on Netflix last year but has yet to be renewed for another series. However, given the show’s popularity, it does seem unlikely it would be cancelled. Creator Charlie Brooker commented to RadioTimes how there will be a delay as he doesn’t know “what stomach there would be for stories about societies falling apart” given the current worldwide circumstances.

While Black Mirror skips backwards and forward in time throughout the five seasons, there are questions if it is actually all set in the same universe.

According to Brooker, it wasn’t intended to be in just one world, however, as more Easter Eggs were planted, the more it started to make sense.

Brooker told Digital Spy that it wasn’t always the plan but “it does actually now seem to imply that it is all a shared universe”.

This can be seen in many of the episodes where another story is referenced in one way or another, signifying they are all in fact connected. 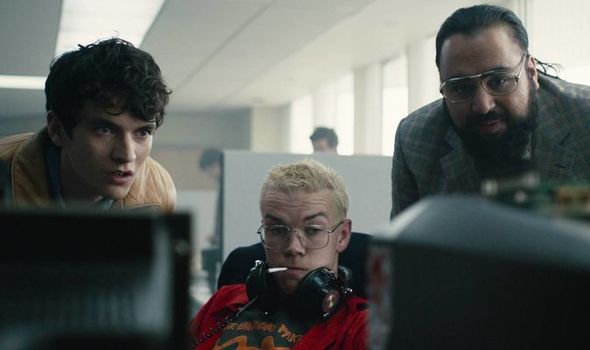 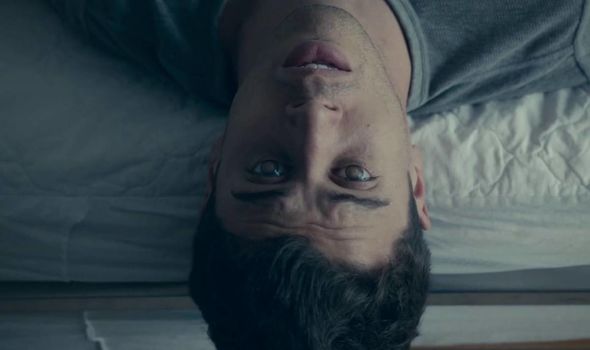 Are all episodes in Black Mirror connected?

In the Black Mirror universe, while the first episode is The National Anthem, the timeline actually begins with Bandersnatch which was released in 2018.

Here, young programmer Stefan is turning a mad writer’s novel into a video game and on his computer screen a white symbol with three white prongs pops up from time to time.

This isn’t the first time the symbol features in Black Mirror as it is majorly featured in White Bear where Victoria who was involved in a child’s murder is taken to the White Bear Justice Park where she is forced to live the rest of her days being hunted down and humiliated.

Another theory is that Stefan is also in the White Bear Justice Park with Victoria, where he relives the same torturous few days after he murdered his father. 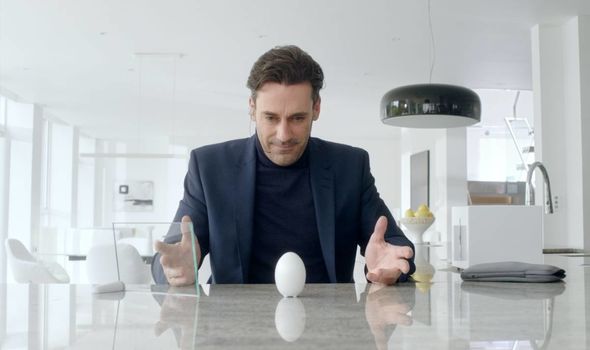 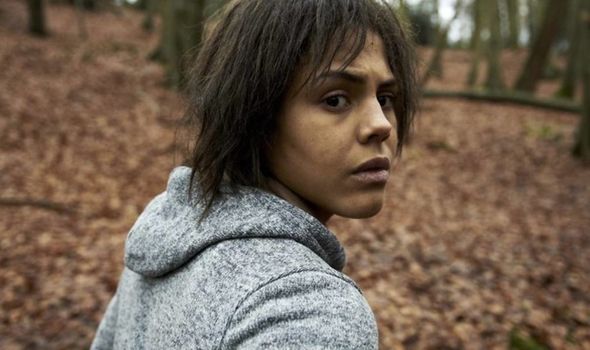 The National Anthem is the drama’s first ever episode where Prime Minister Michael Callow is blackmailed into having sex with a pig on live television to save the life of a princess.

In a flash-forward moment in The National Anthem, a headline which reads: “Geraint Fitch cleared of wrongdoing following paparazzi scuffle” is shown.

This same headline features in both The Waldo Moment and Be Right Back, meaning they take place around 12 months after the events of The National Anthem.

In Shut Up and Dance where a group of people are being blackmailed to take part in a bank robbery, references are made to both Prime Minister Callow’s divorce and the latest in Victoria from White Bear’s trial.

Similar technology is also seen over and over again in Black Mirror.

In season five’s Striking Vipers, friends Danny and Karl use “grains” to get their minds into a VR video game.

This seems like the beginning of the same technology which is used in The Entire History of You, where everything you can see is being recorded for you to rewind and watch back later.

Technology seems to have come a long way in 15 Million Merits but it isn’t too far in the future.

One of the shows advertised in 15 Million Merits is Hot Shots and this is referenced as debuting soon in Shut Up and Dance.

The postscript on The Waldo Moment also features an advertisement for Hot Shots in the background as well.

Meanwhile, technology in White Christmas is used in a multitude of episodes.

One of them is the “cookie” which can be implanted in someone’s brain to download their consciousness into a chip.

While the “cookie” was initially used for doing simple things like chores, a digital copy of the person has also been used so humans can be taken, bought, sold and tortured at will.

Another piece of technology mentioned on numerous occasions is the Z-Eye which manipulates what people can see.

For example, the “cookie” is used in Hang the DJ where a retreat takes the digital consciousness of single people and see if they end up with the person they meant to be with in various scenarios 99 times.

This is so when they meet in real life, the retreat knows this is the right person for them.

The Z-Eye is also used in Men Against Fire when soldiers kill what they think are mutated soldiers when they are actually just citizens that the Government has deemed are impure.

The same technology is then used in Arkangel where a mum wants to stop her daughter from seeing bad things in the world so has the Z-eye implanted to make sure she monitors everything her daughter sees in a bid to protect her.

So while all of the stories in Black Mirror may be very different, there are Easter Eggs dotted around many of the episodes, indicating that it is all connected.

Black Mirror is available to watch on Netflix.