The Chase contestants on Friday’s show included Jonathan, Liz, Claire, and Micah, but it was Jonathan who got the team off to a great start with a brilliant cash-builder round. Not only did his quizzing prowess impress his teammates, but his performance shocked both Bradley Walsh and Chaser Jenny Ryan. So much so, Bradley was left open-mouthed and completely speechless after witnessing his opening gambit.

First contestant Jonathan, who was playing to fulfil his lifelong dream of heading to Brazil, began confidently answering Bradley’s questions correctly over and over again.

But his cash-builder was equally impressive for his speed, with the contestant barely giving Bradley a breath between each brainteaser.

When the clock ran out, Jonathan appeared exhausted and Bradley stood in shock with his mouth open at what he had just witnessed, and said he was “amazing”.

The fellow contestants couldn’t believe it either and all three began laughing.

“Here’s something really interesting right, you got £9,000 and, not only are you clever but, crucially, you’re quick,” the presenter told him. 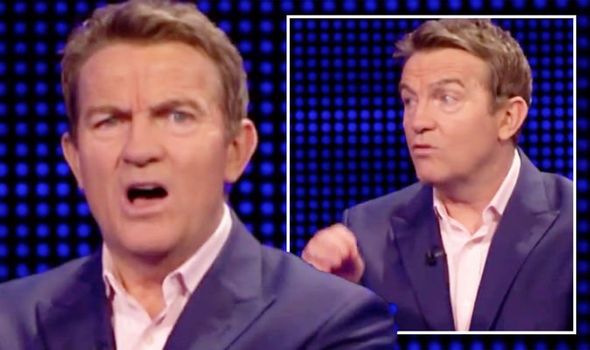 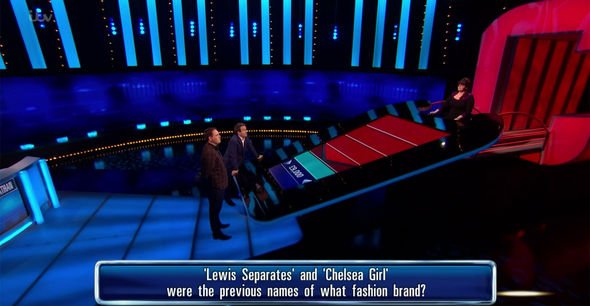 Chaser Jenny Ryan took her seat to prepare for a head-to-head with the first player and christened him: “Speedy Johnny!”

The Vixen presented him with offers and told him: “Not sure you’ll take this because I think you’ll need to back yourself but I’m generous.”

Contestants Micha and Claire believed Jonathan could easily take the highest offer, but Liz wanted him back on the team and urged him to go for £9,000, which was the money he earned initially. 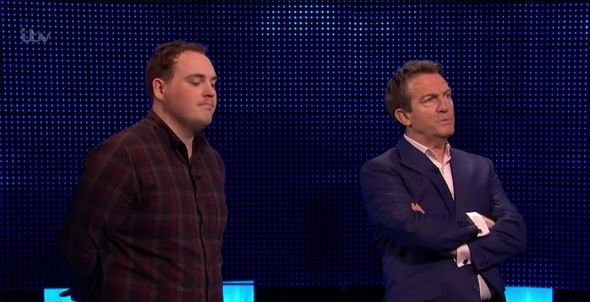 While £3,000 and the highest offer would get Jonathan to Brazil, the contestant played it safe and went for the middle offer.

Jenny seemed disappointed at his decision, believing he was a strong player and said: “If you weren’t seat one, who knows what would have happened.”

Jonathan won the head-to-head against Jenny and brought the £9,000 back to the delighted team.

After it was over, Jonathan jokingly exclaimed that “it was awful” and, again, appeared exhausted after the exhilarating round.

The team were happy and Liz agreed that his performance was “brilliant”.

“In the end, he took the right offer,” The Vixen remarked.

Bradley seemed joyous that he had made it back to the team.